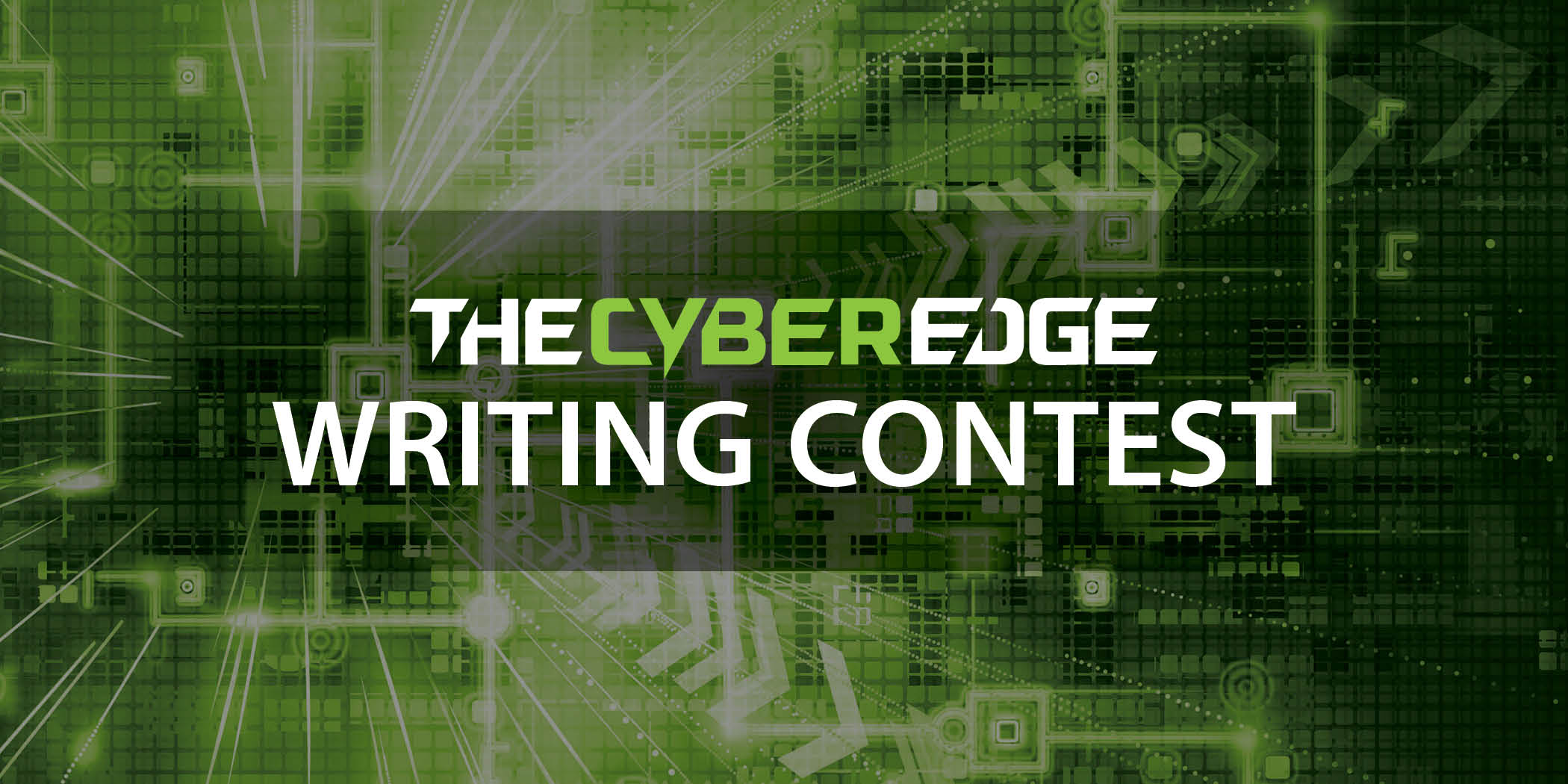 To encourage individual thought leaders to share their knowledge with the AFCEA audience, each year SIGNAL produces The Cyber Edge Writing Contest. Writers address a unique theme and the top three submissions receive cash prizes and accolades. A panel of industry experts selects the winners.

The cyber domain remains as vulnerable and volatile as ever. Cyberattacks continue to rise, threatening security, identities, budgets and our way of life. Agencies and companies alike must collaborate and innovate together to achieve a joint end-state. Submit an original news feature, analysis or commentary article on the emerging technologies to spur innovation and help agencies and companies achieve a successful joint end-state. This year’s writing contents theme: Emerging Technologies in the Cyber Realm.

The top three authors will each receive a monetary prize and have their articles published by SIGNAL Media.

Word count must be between 1,500 and 2,000. Use a news writing style with the most important information in the first paragraph and direct attributions in the article where needed. Do not use footnotes/references. Only submit original writing. The article must not have been submitted elsewhere or have been previously published in any format either in print or online. Contest entries will be judged on content originality, alignment with the focus, writing quality and guideline adherence.

Open to industry, academia, government and military at all levels and locations. Employees of AFCEA and their immediate families, or employees of the contest sponsor, are not eligible. Only one submission per individual name, regardless of author or co-author status. An author can include co-authors when submitting; however, regardless of the number of co-authors, only one prize will be paid, as shown above, per winning submission.

Morgan Livingston is a Science Policy Fellow at the Institute for Defense Analyses Science and Technology Policy Institute.

Elie Alhajjar is a senior research scientist at the Army Cyber Institute and jointly an Associate Professor in the Department of Mathematical Sciences at the United States Military Academy in West Point, New York

From AI Hype to AI Proof

Precision-Guided Marketing and the Future of Information Operations

Creator of an online forum to foster discussions on emerging technologies at www.militarycommunicators.org.

Midshipman Allison Annick, USN, is a senior at the U.S. Naval Academy majoring in cyber operations and minoring in Chinese

Prior to 2020, SIGNAL gave the Sparky Baird Writing Contest annual award to the author(s) of the outstanding SIGNAL Magazine article of the year. The W.J. "Sparky" Baird Award is named after Col. W.J. Baird, USA (Ret.), former general manager of AFCEA and editor of SIGNAL Magazine. Col. Baird became editor of  SIGNAL in 1956 and held that position for 18 years. He assumed the additional duty of AFCEA general manager in 1959. That position became AFCEA president in 1977.

"How the Hashtag is Changing Warfare, " SIGNAL Magazine, June 2017

"The Network of the Future is Needed Now," SIGNAL Magazine, December 2015