Air Combat Command Is All in on JADC2

The command is experimenting with how to employ operations across all domains.
By Kimberly Underwood 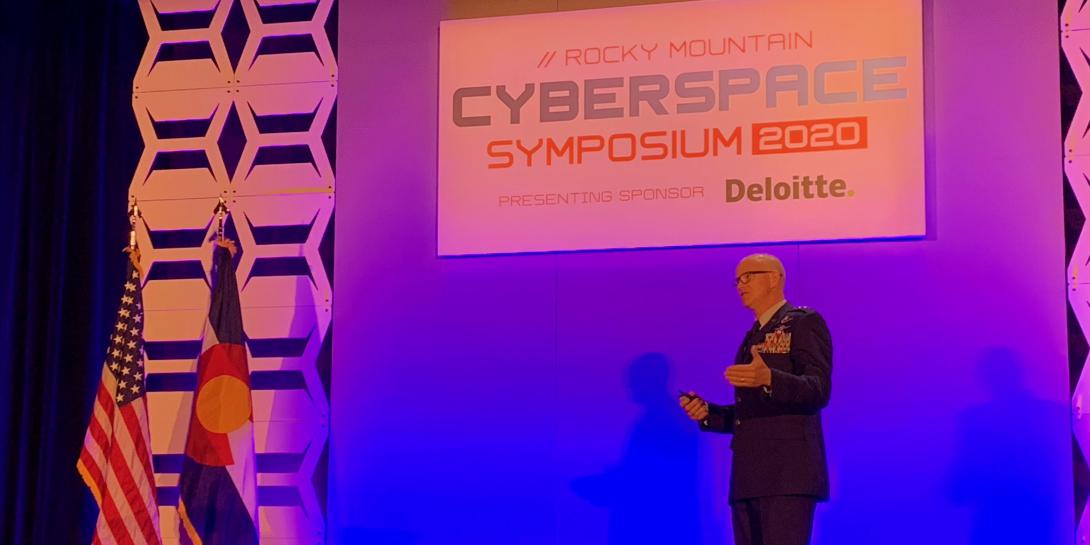 For the last year, the U.S. Air Force Air Combat Command has aggressively pursued revamping its organization to combat increasing threats, including cyber threats. The command is looking at how to unite its traditional air component capabilities with cyber mastery and provide its piece of Joint All Domain Command and Control, or JADC2.

“I believe it is irrefutable that cyberspace is most heavily contested and congested domain of warfare today,” Gen. Weggeman said. “And at the heart of that contest, in today's 21st Century realm, is our data. That is the crown jewel that we must protect 24/7, 365 days a year. We must be relentless. We’ve got China. They are really, really busy, the most prolific nation-state actor in cyber attacks, focused primarily on intellectual property. They are stealing our national competitive advantage every day. North Korea has a demonstrated will to act and do malicious destructive activities in the cyber domain. They are also keeping their regime alive through cyber-based hacking. In the last year alone, it is estimated that they netted in their heists, $3 billion.”

Gen. Weggeman added that during the 2018 Winter Olympics in South Korea, Russia “raised the game completely” as far as the ability to mask itself as the perpetrator of cyber attacks, known as of false flag obfuscation. “Who did it?” he asked. “Was it China, was it North Korea, Iran, was it Russia? If you follow that bouncing ball, it took us a long time to figure it out.”

Part of facing the adversaries’ threats is the military’s broad ability to connect every sensor to every shooter, as part of JADC2. The ACC is tackling JADC2 head on, in four-month sprints, the general said. In December, it participated in its first JADC2 event at Eglin Air Force Base, Florida. With the combatant commanders, they pulled in various mission threads and problems to solve, “to see if we can actually deliver this in real-world operations,” Gen. Weggeman said. “And we're leaving capability behind after each four-month iteration.”

The general explained that one of the JADC2 experiments, Advanced Battle Management System (ABMS) On Ramp 1, involved how to find and take custody of a cruise missile launcher, “from where it was in garrison (fixed), all the way through transit to its launch location,” he said. From there, they looked at how they could use a “multicollaborative sensing grid of joint fires to take a to take it out.”

The ABMS worked successfully. It connected to the grid, relied on the Data One data library platform, now with the U.S. Space Force, that allowed multiple users put data in and out across the warfare domains. It also relied on commercial low-Earth orbit (LEO) capabilities from SpaceX’s Starlink, created a MESH network at the ground layer and used artificial intelligence enabled combat identification. “So, it was a big hit, and ultimately we were able to close the kill chain,” across Navy platforms, Army components and Air Force F-22 and F-35 aircraft, Gen. Weggeman noted.

The next JADC2 exercise will be held in April, the general said.

“We are doing this fast and failing fast,” he emphasized. “We are running with scissors here. This wasn’t a Power Point, this was real.”