The Air Force Is All-In on Flying Orbs

The service’s Agility Prime program also is helping to build an ecosystem for the air mobility market.
By Kimberly Underwood 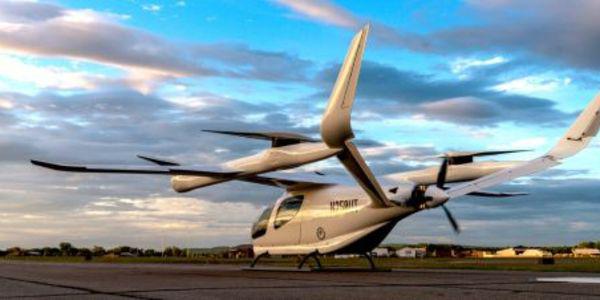 The U.S. Air Force is preparing to have initial electric vertical takeoff and landing, or eVTOL, testing by December and a more substantial fielding of an estimated 30 or more eVTOL aircraft by 2023. The service’s Agility Prime program is pursuing a so-called Air Race to Certification, seeking a global advantage in eVTOL, says Col. Nathan Diller, USAF, director, Agility Prime, and director, AFWERX.

Agility Prime is one of three experiments that adds innovation quickly—in addition to Spark and Air Force Ventures—and represents a new approach for the service, Col. Diller says.

Through vendors, the program is pursuing the manufacturing of eVTOL aircraft and related technologies, supporting Federal Aviation Administration (FAA) certification and Air Force Air Worthiness, as well as helping to build an ecosystem for the flying orb market, reducing risk, and demonstrating the opportunities in the military and government to the industry.

eVTOL aircraft are agile, runway and airport independent, user friendly and cost-effective. Developers—some of which have been working on the technology for 10 years—are targeting eVTOL use for urban air mobility as well as suburban, rural or austere applications. The flying orbs have some similar properties to helicopters, but without the expense, large rotors, noise, complexity and maintenance needs. The trade-off, however, is that flying orbs have lower sortie duration and distances, given that the simpler motors have either electric or hybrid propulsion, and need to be recharged. eVTOL aircraft will fly in lower airspace, typically under 2,000-3,000 feet in altitude.

The vehicles will rely on sensors and visual perception technologies, GPS, advanced digital solutions, data processing, route or mission planning, and they can be unmanned or manned with semiautonomous or autonomous systems. Manufacturers are working on “groundbreaking” propulsion systems for flying orbs, with new technology that makes smaller engines more efficient.

The Agility Prime program officially started with a request for information in December 2019, followed by an innovative capabilities opening in February 2020, allowing companies to enter into the Air Race to Certification in three areas of interest (AOI):

AOI 2 - Smaller vehicles for one to two passengers, a range greater than 10 miles, speeds greater than 45 mph and flight endurance of more than 15 minutes.

In the first phase in all of the AOIs, companies submitted paper artifacts on the technical readiness and commercial maturity of their flying orbs. The program is not meant for early stage funding, the colonel states. Companies have to be able to demonstrate a full-scale flight of their eVTOL before December 2020.

“We were surprised at the speed at which a lot of the companies started applying,” Col. Diller says. “We’ve had over 15 different companies apply for that Air Race to Certification, both large and small companies.”

The program hosted a week-long kickoff the last week of April—held virtually, because of the pandemic. After that, the leaders began conducting virtual site visits as part of the second phase of the AOIs, discussing how the Air Force could accelerate the companies’ development processes.

“And then depending on what we find in those conversations, they move to the third phase, which then allows them to respond to a request for prototype proposal, with a prototype test plan that we should in some form or fashion be able to support by providing access to wind tunnels, providing access to ranges, conducting ground vibration testing to understand the acoustics associated with these vehicles,” he continues. “And we have climate labs and cyber testing. So, all of those things that we are offering these companies, are the things that we think we need to understand better in order to make a more sizable investment.”

To that end, Agility Prime has “a handful of companies” that are in the process of performing the early testing. “And then eventually when that testing gets to a level that we feel like this learning campaign would bring in military utility at cost, we can then start to purchase either hardware, data, or potentially services, like flight test-as-a-service,” he says.

“For AOI 2, we have several contractors in place, LIFT is one of those companies,” the colonel offers. “Matt Chasen, the CEO, he’s been flying this aircraft for a while under an FAA Part 103 ultra-light authority. So, it gives us a little bit higher level of maturity in some ways. The other companies I’ve seen at a Team Up event have flown thousands and thousands of flights. It gives us an opportunity to think a little bit more about what does an obstacle look like. What are some of the challenges with electric and what are the speeds? With smaller aircraft, they have a potentially lower cost, and as we think about training, do these become good training aircraft? Are these good experimentation platforms, where if you want to start thinking about near-term experiments in manned-unmanned teaming where you’ve got a pilot flying one and you’ve got another aircraft that’s flying information off of that. It gives us a little bit of a sandbox.”

In addition to participating in the Agility Prime program, LIFT is pursuing an experiential entertainment business model, intending to deploy its fleets of flying orbs to tourist destinations and entertainment centers. The eVTOL is so easy to operate that anyone over the age of 18 will be able to fly 15-minute increments after training in LIFT’s virtual reality simulators, according to the company.

And the Air Force may have to consider what kind of flight training it will design for the service’s eVTOL aircraft. “The ability to learn how to fly one of these, because of the new advances in aircraft controls, I think there’s some interesting opportunities to think about the pilot turning into the future, and who across our service might be able to fly these,” Col. Diller says. “It is probably not someone wearing wings … and it may not necessarily require 12 months of training when we look at the types of vehicles.”

In AOI 1, the larger capacity flying orbs, Agility Prime also is working with South Burlington, Vermont-based Beta Technologies, which has a full-scale, six-seat lift and cruise eVTOL with a 50-foot wingspan, as well as Santa Cruz, California-based Joby Aviation. Joby’s eVTOL is a piloted, five-seat, all-electric powertrain, with near silent forward cruising. Joby is going after the electric air taxi market and has a $720 million partnership with Toyota Motor Corporation and other investors such as Jet Blue Ventures.

Uber Technologies, which intends in the next few years to take its ride-share service to the air, is relying on several eVTOL manufacturers, including partnering with Hyundai Motor Company. Uber, with its famous October 2016 white paper, was the inspiration for Agility Prime.

“Uber continues to be a great partner with us,” Col. Diller notes. “It is interesting that we have a lot of similar interests. They are not building anything. Their intent is to be an operator and that is exactly our intent. And we see those [Uber] vehicles having a lot of military utility. They are more complex vehicles, so they’re going to be a higher cost, and they are going to require an FAA certification, but a fantastic level of utility. We certainly want to be aligned with those companies. And really with Beta and Joby being some of the leaders in this space, we have had a great chance to work with NASA, to work with the FAA and with the Air Force as we think about that air worthiness process.”

Agility Prime used input from the companies to develop its air worthiness plan for AOI 1, which the service’s authority approved in early August. “It was a pretty significant risk from a programmatic standpoint, and so that was a significant win,” the colonel shares.

The program also is partnering with the Marine Corps, which has invested funds using Agility Prime contract vehicles to explore larger eVTOL options in AOI. In addition, the U.S. Defense Department’s Strategic Capabilities Office has shown “a high level of interest” on digital engineering of eVTOL and some of the potential on digital engineering.

For the cargo category AOI 3, Agility Prime is working with three companies: Pisecki Aircraft, Saber Wing Aircraft and Elroy Air. “Pisecki Aircraft has as a long history of doing amazing research and development, primarily aligned with the Defense Department,” the colonel explains. “And you’ve got Saber Wing Aircraft, a hybrid electric VTOL with the potential of really impressive, longer-range capabilities. Using that distributed electric propulsion, they have the option of doing a much, much longer endurance. And the same with Elroy Air. They have both a hybrid electric approach, which is interesting to us, as well as some of the modularity on payloads, as does Pisecki. Each one of the three different AOIs has addressed different points of technological interests that we have across this space.”

As for use cases, the military could deploy eVTOL aircraft to aid distributed logistics and mobility operations, dropping supplies in remote areas, or it could use the capability for deployment or evacuation of soldiers, and in combat search and rescue, to reach the injured within that “golden hour” for saving a life. Having eVTOL could speed up disaster response, emergency medical transport and medical supply deliveries. Special operations forces will “always have uses,” the colonel shares. Other missions eVTOL could support include dispersion, perimeter security, training and automated delivery.

However, it is the flexibility that the flying orbs present the military that is game-changing, the colonel notes.

“Over the course of the summer, we call it our Summer Orb Study, we have had four different Air Force stakeholders, as well as the Marine Corps and the Coast Guard, and they’re all looking at business analytics, as opposed to looking just at cost or range,” Col. Diller clarifies. “We’ve taken this approach on research where we were able to build an algorithm of sorts, a utility algorithm and an expense algorithm. That certainly includes range and payload, but it also includes things that could include risk, overall operations and maintenance, training time. We can build the series of different utility and expense attributes, recognizing that among those six different stakeholders, that it is going to be different. And so now, you can take a portfolio of different transport mobility aircraft and start to build, with the computer algorithms, hundreds or thousands of different portfolios.”