The Army Repositions Itself for the Near-Peer Fight

Advancements of cyber, signal and network capabilities are crucial to succeed against future adversaries.
By Kimberly Underwood 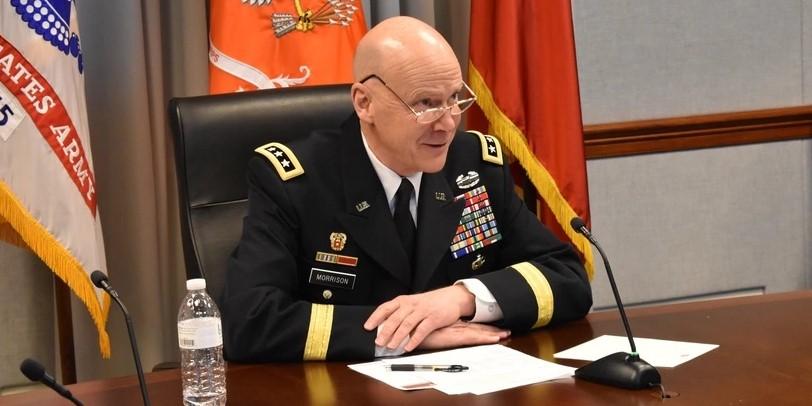 The Army’s Unified Network, which will enable the service to deliver the strategic, operational and tactical effects that maneuver commanders need across joint and coalition operations, is advancing, said Lt. Gen. John Morrison, USA, deputy chief of staff and the Army G-6, speaking at AFCEA’s TechNet Cyber conference in Baltimore on April 26.

“Last week we briefed the undersecretary of the Army on that approach and he has endorsed it,” Gen. Morrison reported. “And quite frankly he's building it into his day-to-day governance. It is not a G-6 plan. It is an Army-wide plan that is directing Army units across the full spectrum and each one of our five lines of effort, which goes all the way from capability development to posturing the force to cybersecurity operations to sustainment and then governance. It is directing folks to take certain actions and to establish the milestones that we need to do that final crush of the barrier between our strategic and tactical networks.”

A priority over the last 16-17 months, the Unified Network will position the service for operations in a near-peer environment. “If we are going to fight in any contested and congested environment, we must get that right,” the G-6 said. “We are well on our way in execution. We will guide it through the Army's orders process so that we can align resources and people and organizations and establish accountability.”

The service also is re-posturing its cyber and signal warriors in preparation for multidomain operations, and it is a significant move, Gen. Morrison noted.

“The Signal Regiment and the Cyber Branch are in the most significant rebalance since I've been in the Army,” he recognized. “We are aligning force structure as we [leverage] personnel savings from our Expeditionary Signal Battalion enhanced transformations. We are aligning them to a global DODIN [Department of Defense Information Network] construct that builds in the capacity for the Signal Regiment to operate, maintain, secure and defend the Army portion of the DODIN.”

Our Cyber and Signal forces are in the largest restructuring effort since I’ve been in the ⁦@USArmy⁩. We are aligning our force structure to be a global DODIN ops construct, says LTG John Morrison, G6 #AFCEACyber pic.twitter.com/ttxTaEMcFI

Consecutively, the Army is adding a new Signal Battalion that will specialize in network cyber defense. “At the same time, [we are] building additional capacity to support our Cyber Branch,” the G-6 shared. “There is now an offensive Cyber Signal Battalion, a Signal Battalion designed specifically to operate our cyber networks and defend them. [They are] significant capabilities that we are on the glide path to deliver and complete because we are already in the midst of moving on by FY 2027."

Given the vulnerabilities of access points on DoD’s Secret Internet Protocol Router Net, or SIPRNet, the services have had to strengthen their portions of the U.S. classified network infrastructure. According to Gen. Morrison, the Army is undertaking a “significant” effort to modernize and improve it.

“What we're doing from a network perspective, the strategic, operational and tactical have significantly improved from how we're actually making our investments,” he stated. “We took a hard right several months ago and started focusing on SIPR modernization and SIPR expansion, realizing the threat that is out there and growing. We needed to modernize our SIPR infrastructure.”

The general expects that “by the end of this year, we will significantly expand our SIPR capabilities.” The Army will continue to work closely with its joint partners in an overall schema to harden the classified network, he said.