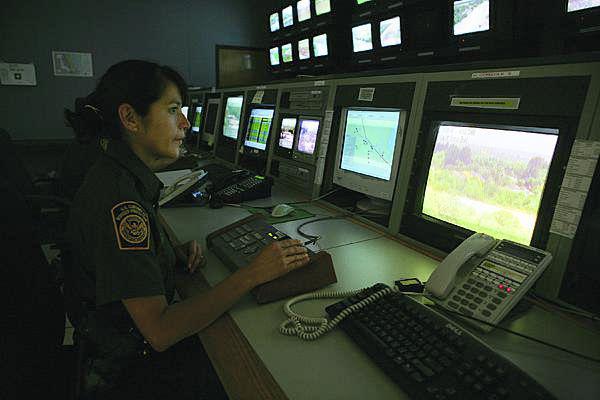 U.S. officials tasked with securing routes into and out of the country are beginning to employ a technology that will pull together disparate information in a way that could save their lives or the lives of others. Though it was not designed exclusively for agents trying to control international movements, these personnel are early adopters, using the system to prevent illicit goods, undesirable persons or rampant violence from making its way over national boundaries.

The Global Information Network Architecture (GINA) is a system of systems that draws in information from many stovepiped sources regardless of their coding or programming. Originally, GINA was developed through a Cooperative Research and Development Agreement (CRADA) with the Naval Postgraduate School (NPS) and Xslent LLC Technologies. The work since has transferred to a CRADA between Big Kahuna Technologies LLC and the U.S. Army Corps of Engineers Engineering Research and Development Center. The NPS now works with GINA through a version licensed to the U.S. government or through a standing contract with Big Kahuna Technologies for the DOD [Defense Department] Information Assurance Certification and Accreditation Process version.

GINA employs a hybrid methodology that leverages model-based architecture and component-based development—two major approaches to contemporary software development. According to a paper titled “GINA: System Interoperability for Enabling Smart Mobile System Services in Network Decision Support Systems,” written by project personnel, both approaches aim at reducing, if not eliminating, the amount of coding required to develop a system.

Further, the paper states that “GINA’s self-referential, multimeta-level foundation in combination with a new Vector Relational Data Model, facilitates extremely rapid development of information, analytical/computational modeling and decision-support systems using model-driven architecture in concert with executable component-based structures that circumvent the need for code generation. The model-based GINA approach functions on the premise that [it] is better to build a model than it is to write code. Coding is unreliable and error-prone, whereas a model is much more effective at capturing semantics while simultaneously and dramatically reducing the need for code.”

These actions occur largely through syntax-to-syntax conversion. Information then is utilized the way it was intended to be used, creating a semantic model of behavior which in turn permits maximum flexibility to accommodate technology and mission changes over the course of development. Once users have the system, they automatically can pull in data from all the other systems that they have the authorities and permissions to access.

The California National Guard is employing the technology in its border security efforts to help with tasks such as tracking transnational criminal organizations. Scott McKenzie, manager, Program for Information Exchange, Distributed Information Systems Experimentation Research Group, NPS, explains that the Guard came up with its priority list of what it wanted to accomplish, and system developers helped facilitate those requirements. McKenzie says that in a border security situation, GINA can assist with issues such as camera and ground-sensor management, alerting personnel to the construction and execution of events. For example, if someone at the border used an acetylene torch to cut a hole in a fence, then shoved a goat through to activate a sensor, nearby cameras would focus on that breach. Once the cameras zoom in on that distraction, the actual objective to breach the border could be carried out elsewhere. Users of GINA can specify to have certain cameras do a search instead. “That’s an easy model to describe and implement,” McKenzie states.

In another scenario, GINA can help when border-security officers detain a person of interest. Ideally, they would like to be able to take identifying information such as biometrics or an identification card and check it across all the available databases that an officer has the right to access. “That currently does not exist because of databases, connectivity and the technologies aggregating the information,” McKenzie says. “What we have are many excellent, expert systems that do exactly what they’re supposed to do; however, they do not work in concert with the rest of the U.S. government’s information and information systems.” McKenzie emphasizes that the keys to the technology are the permissions and authorities given to organizations to access certain information. In a border patrol mission, many types of information can be captured and communicated to enable mission success.

GINA allows users to homogenize and create semantic models of all the information. In some cases, the abilities enabled by systems could save lives. If officers easily can access information that a person they are approaching is wearing an ankle tracking bracelet and has a history of violence, for example, they could know immediately to take certain precautions when engaging the individual. This function can be done through proximity technologies that alert officers via some of their location tracking systems about closeness to a parolee’s bracelet. Automating processes to give faster, more automatic access to critical information facilitates officers’ jobs and allows more rapid response. McKenzie explains that officials can fine tune their responses, receiving various levels of detail depending on sensitivity and condition. “Real-time models increase the situational awareness across the spectrum of the U.S. government and may be tailored to need-to-know down to the user or mission,” he states.

Even as the California National Guard employs GINA for its border security missions, researchers are exploring information modeling that could facilitate the U.S. Department of Homeland Security’s (DHS’s) Customs and Border Protection (CBP) activities. They are examining what information may enable missions and are removing barriers, especially in the machine-to-machine realm such as improving license-plate-reading technology to check more databases and report to more officials.

McKenzie explains that a strong overlap exists between the NPS work with certain officers and the CBP. “We can see where many of these solutions can be transferred directly for use,” he says. But whether or not the DHS decides to employ GINA is outside of the school’s scope.

In addition to other groups in the California Air National Guard, the 129th Rescue Wing is employing GINA to help with the mission of finding and saving people. McKenzie believes the wing’s experiences could help influence DHS when talking about the border scenario. Maj. David Bozzo, ANG, operations officer with the 129th Rescue Wing, says that his organization is using GINA to help manage the domestic support to civil authorities mission for search and rescue. The wing has employed it in several situations, including most recently during Hurricane Sandy response efforts.

Without the system, he says, analysts have to search through disparate databases for ship, helicopter pilot, patient and other information, which Maj. Bozzo explains is cumbersome and time consuming, delaying when a rescue aircrew can take off. On the other hand, GINA communicates with all the necessary databases and provides information to analysts quickly.

The 129th Rescue Wing has been working with the system for a little more than a year, and Maj. Bozzo says he notices more compressed timelines in terms of obtaining information. “Absolutely it’s working out for us,” he states. The major would like to see more information sets pertaining to his unit’s mission incorporated in the future.

McKenzie and others who work with him believe that GINA could be a disruptive technology. “I think [people] should know it’s a new information technology that can change the end game for large systems that have all failed to date,” he says.