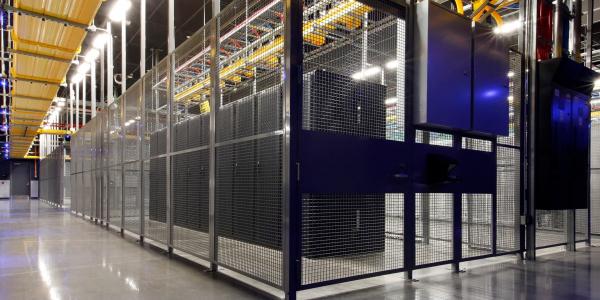 A couple of years into the so-called second wave of cloud, there are few signs of declining demand for cloud-based services. Experts think demand will only continue to grow as Internet of Things-related services are sought from the cloud, and data generated by smart devices increases the need for cloud storage. Now, traditional data centers are morphing into key global cloud interconnectors.

The use of cloud, propelled by the digital revolution, is changing the nature of business and information technology. Where and how information is stored, accessed and processed by companies and their customers is driving the need for cloud computing and the interconnections that serve this new paradigm. In this digital economy, both groups want network reliability, processing speed, mobility and data redundancy, all in the locations of their choice, which demands interconnectability, experts say.

“The second wave of cloud computing is really more of an evolution than another inflection point. Cloud services are becoming systemic to everything, including enterprise infrastructure and applications, Internet of Things and mobile computing, and I expect cloud computing to continue its rapid growth,” says David Linthicum of Boston-based Cloud Technology Partners.

Cloud hyperscalers—companies such as Amazon Web Services, Google Cloud Platform, Microsoft Azure, Alibaba Cloud and Oracle Cloud—are aiming to dominate the public cloud and cloud service industries while moving into other vertical business ventures, explains Jeff Borker, senior product manager, scale, Digital Realty Trust Inc. At the end of last year, 24 hyperscale companies accounted for 68 percent of the cloud services market, Borker says. “With larger enterprises ramping up their storage and compute needs and small- and medium-sized businesses taking the plunge for the first time, the race for cloud market share is very much on,” he notes.

And all these cloud providers need to connect somewhere. Enter the real estate investment trust companies. These traditional co-location providers, known as “co-los,” grew up along with the Internet and now supply the physical connection to the cloud, experts say. They furnish the facility, bandwidth, power, cooling and physical security. Two such companies, Redwood City, California-based Equinix Inc. and San Francisco-based Digital Realty Trust, house multitenant data centers in major cities across the world. They are offering so-called hybrid cloud deployment, which combines retail co-location and cloud services.

“I like to compare them to apartment complexes,” says Stefanie Williams, associate analyst at 451 Research, an information technology research and advisory company headquartered in New York City. “A multitenant data center facility like Equinix and Digital Realty—and others—what they’re offering is an apartment complex of data centers. So a single facility can have hundreds of customers inside of it.”

Part of the Multi-Tenant Datacenters team covering North America and Australia for 451 Research, Williams conducts market research and analysis and visits in person to “kick the tires” of data centers and verify that they are performing as advertised. “What these companies are doing is taking away the capital expense of building out a data center from the customer,” she explains. “Customers can deploy anywhere that they need to and take whatever amount of space that they need, where they need to deploy it. They’re not fixed to one single location because they haven’t spent all this money building out their own data centers.”

Originally, the data center companies focused on providing connections in urban areas, primarily to financial services and health care businesses that required extremely fast connectivity, low latency and interconnectivity with multiple telecommunication carriers from one location, Williams says. “Now what they have done pretty well, actually, is build an ecosystem within their facilities so that their customers can come in and connect to any number of carriers, connect to service providers and get all the services that they need in one space,” she says.

Equinix’s interconnections provide ties across telecommunication carriers, mobile and other bandwidth providers, cloud and information technology services providers, content providers, financial companies and global enterprises, says Tony Bishop, vice president of Global Vertical Strategy and Marketing at Equinix. Bishop was an Equinix customer when he ran global data centers for Morgan Stanley, and he has been involved in the deployment of distributed infrastructure for the past 25 years.

The interconnections are supporting the trend of decentralization, Bishop notes. “Everything that used to sit in a very centralized data center is now needing to get pushed out to where the users are or where you need to apply those analytics or apply that artificial intelligence,” he says. “That means I am going to connect more things and more stuff to wherever I need to have it.”

What enables these connections to the cloud is Equinix’s interconnection oriented architecture (IOA), he explains. The company spent recent years developing a reliable, repeatable architectural approach that helps businesses engineer what they want. “IOA is our baby,” Bishop says. “We were studying for the last four years and documenting how different customers were doing this, where they thought about interconnection first, and then the ability to place or to co-locate their information technology or controls, or security or data, next to where they connect.”

Equinix realized that companies could achieve performance and scale and solve complex problems they could not do in the traditional way of hosting information technology systems by using such a National Institute of Standards and Technology (NIST)-aligned paradigm, Bishop purports.

“So that was the genesis,” he notes. “What we have done is to break that down into each layer of an information technology stack—the network, security, data and applications—and then applied that IOA to solving for multihybrid cloud or solving for Internet of Things, or solving for artificial intelligence. Because in the shift to cloud, in the shift to digital, you are going to need to do this.”

This approach has been very successful for Equinix, Williams adds. “They’ve done really well, and they’ve done it on a global scale,” she says. “They really have one of the most dense ecosystems of all the interconnection providers that I’m aware of.”

Equinix also has focused on supplying physical security—guns, gates and guards—which has attracted intelligence community cloud storage customers. “They have some facilities that are considered ultrasecure,” Williams says.

Bishop stresses, “If you are going to be the meeting place where the data centers allow for a direct interconnection between any type of company, you have to have physical security. The intelligence community gets that. The general community may not get it, but the intelligence world does. So we’ve built these data centers to very specific security standards.”

Working fervently to extend their global reach, both Equinix and Digital Realty are targeting the largest markets not only in North American business centers such as New York, northern Virginia, Dallas, Chicago, Los Angeles and Atlanta but also in Europe, Asia and the Middle East. “For companies, it’s cheaper to go with multitenant data center services. And instead of deploying all of your data in one location, you can actually split it up, and you can be where your customers are,” Williams offers. “So if you’re a global enterprise and you need your customers to have fast access to data in 17 countries, you can deploy in 17 different countries, and it will be right there for your customers. Global reach is a huge driver.”

Dallas is particularly attractive because it provides a physical link for companies to grow into Central and South America—in addition to Miami’s link to subsea cables, Williams notes. In February, Equinix purchased the Infomart Dallas, a 1.6 million-gross-square-foot facility, in an $800 million transaction. Meanwhile, Digital Realty is moving further into Chicago, with purchases last year of a 19-acre site in a suburban area about 4 miles from the company’s Franklin Park campus and a 1.4-acre parcel to support a planned 12-story downtown data center. In addition, Digital Realty entered into a partnership with Mitsubishi Corp. to provide data center solutions in Japan and acquired property adjacent to its “highly connected” Sovereign House data center in London. For the rest of this year, the company sees “robust global demand driven by the second wave of cloud, particularly in our core major metropolitan areas around the world,” says CEO A. William Stein.

Equinix has goals of “reaching everywhere, interconnecting everyone and integrating everything,” company officials say. And with businesses leveraging the company’s interconnection platform in 48 key markets, it is off to a strong start, Bishop says. “Over 80 percent of Internet traffic from around the world at least traverses through Equinix,” he shares. “The majority of [first-tier] e-commerce sites around the world place their front ends inside Equinix. So if you don’t figure out how to network things, how to connect and deploy in different places in proximity to places where you need it—next to the clouds, next to your users in different metros around the world—then you are not going to be able to solve for digital.”

While some people thought the advent of cloud would mean the death of data centers, Williams says they clearly did not look at the Equinix or Digital Realty models targeting major markets, or even the model of Denver-based Cologix Inc., which looks at secondary markets such as Columbus, Ohio, Jacksonville, Florida, Minneapolis and Toronto. “There are plenty of others, and if you’re looking at that, the cloud service providers are coming into these facilities as customers and driving a significant portion of the demand for multitenant data center capacity,” she says. “That’s just going to keep going because the cloud has to live somewhere. And these companies are not likely to build out their own facilities in every market where their customers are located. They’re going to deploy with these multitenant data center providers.”

With the Internet of Things, a growing number of devices and autonomous cars, additional data centers will be needed everywhere, Williams adds. “Data has to be collected where devices are, and you’ll have to have facilities and carrier capacity to support all of these devices,” she says. “It will just continue to grow. I don’t think demand is going lag off anytime, ever. Ever.”