Crawling Robots on the Brain

Researchers unleash millions of microrobots from one silicon chip.
By George I. Seffers 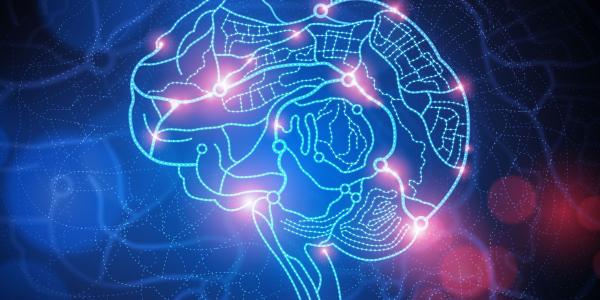 Using traditional processes for manufacturing silicon chips, researchers can fabricate 1 million nanosized robots on a single chip. The robots may one day crawl around inside the body to collect data on the brain or the spinal column. Shutterstock/solarseven

Nanosized robots capable of crawling around on a person’s brain or underneath the skin may sound like a nightmare to some, but researchers suggest the mini machines could serve medical purposes such as gathering data on the brain or the spinal column.

Researchers at the University of Pennsylvania and Cornell University recently announced they have built nanosized, solar-powered robots made from silicon. One million such robots can fit on a 4-inch silicon wafer. “These robots are built massively in parallel, so I don’t build just one robot, I build a million robots, which is awesome,” declares Marc Miskin, an assistant professor of electrical and systems engineering at the University of Pennsylvania.

The microscopic machines can carry up to 30 times their own weight, travel at about the speed of biological cells, survive temperatures up to 400 degrees, live unscathed in battery acid or other harsh chemicals, and can be injected with a hypodermic needle.

“There are all kinds of areas these robots can go into where there’s just no other competing design. No one has another technology like it,” Miskin states.

Inside the human body may be one of the areas the miniscule machines may one day travel. “One of the applications we’re considering is using these to interact with the body, as a delivery mechanism for sensors and probes for areas like the brain, where you have very small amounts of space,” Miskin offers.

Once inside the brain, the microcrawlers could conduct brain-mapping missions, measuring neuron activity as they go. Brain mapping could lead to a better understanding of many diseases, such as Parkinson’s or Alzheimer’s. “Across disciplines, we have no idea how the brain works, how it links to different diseases, things like that. This is like a grand challenge for science across the board,” Miskin says.

The robots, for example, could record neuromarkers, such as when individual neurons fire, and provide the data for researchers to correlate. “One of the problems in neural recording is delivery. Most of the technologies people have developed are either shoved into an animal’s brain by a big wire or physically implanted by surgery. You can imagine a lot of reasons why you don’t want to do that,” he says. “If you have a machine that’s roughly the size of a neuron, the hope is that you could start to design delivery mechanisms that are minimally invasive, that are scalable to large numbers, that are adaptive.”

Exploring the spinal column is another possibility. “Recording in that area is extremely sensitive to position placement, so we’re proposing to build robots that can go into very tight spaces within the peripheral nervous system and take measurements. You deploy the robots close to a critical thing you want to measure and then they can be piloted into the tight spaces with minimum risk,” Miskin says.

He indicates that the small, precise robots will allow researchers to explore parts of the nervous system that are currently hard to reach safely. “If you miss in the brain, you can damage some neurons, but you’re probably not going to kill somebody. If you cut the wrong nerves in the spinal cord, a person’s likely to die,” he says.

Miskin adds that the robots have all the necessary characteristics for studying the most vulnerable areas of the human body. “You’d like to have mobility so that you can position sensors around dynamically without requiring surgical access. You have precision. You have control. You have mobility. And you have adaptability. Those are the key characteristics of the technology you would want in order to do that task well.”

Though the research is still in the early stages, Miskin indicates the robots could perform simple tasks pretty quickly. In some cases, he explains, doctors would like to insert adjustable stents into arteries. For example, stents for children are useful only for a short time because the patients quickly outgrow them. Furthermore, doctors sometimes need to temporarily restrict the flow from some arteries during surgery.

“Cardiologists would love to have controllable stents so that you can vary the diameter on the fly for various reasons. You want something that’s dynamic, that can change its shape without surgical intervention. If you’re performing surgery, you may want to restrict blood flow in one place and then open it back up later,” he says. “For sure you can apply this basic technology to those classes of problems. It doesn’t require some big, hulking robot brain onboard to do all that computation.”

The robots also may have uses beyond medicine. For example, they may be able to extend the life of batteries by keeping the terminals clean. “One of the main ways batteries fail is that they get these little lithium dendrites. The lithium builds up on one of the terminals of the battery, and it grows and grows and grows until it touches the other terminal, and it shorts, and then the battery dies or it explodes,” Miskin reports. “We want to build a robot that takes a small amount of energy from the battery to power itself, and it crawls around on that surface looking for dendrites, and when it finds them, it consumes them. That’s its whole purpose in life—it just lives there and cleans the battery surface forever and ever and ever.”

Because the technology is in its infancy, only time will tell how else it might be used. “People ask whether it could be used as a weapon or something like that. I’m not sure you could do anything with it that you can’t do with poison,” Miskin quips. “I think it’s more of an information-gathering application, but if somebody has a great application, I’m always happy to hear it.”

On each robot are two silicon solar cells fabricated using standard semiconductor processes. Each solar cell is wired to a set of origami-like legs, one to the front legs, another to the back. The legs are a 2-dimensional pattern with a series of joints. By aiming the laser at the photovoltaic cells, the researchers make the legs fold or unfold to produce a walking motion.

Lasers efficiently transfer large amounts of power and operate in a variety of environments, but they also require line of sight and cannot be used deep inside the human body. Therefore, researchers are considering alternatives, such as ultrasound and magnetic fields, Miskin indicates. “If you have other ways of transmitting power, you can put them in more stuff. Magnetic fields or ultrasound can penetrate deep into the body, but the technologies aren’t as well developed as light.”

Miskin and his team also have yet to add actual payloads to the robots. One of the next steps will be to integrate data-gathering sensors and the clocks and controllers that will make the robots more autonomous. “This little guy has just these two photovoltaics on it, but in principle, you can put clocks, you can put internal memory, you can put sensors, and you can power all those things with a reasonable power budget.”

An onboard clock would help to better coordinate different functions, such as leg movement. Sensors, meanwhile, help the robots to learn about their environment. “Right now, they’re doing things in a very primitive way where we’re sending the robot some information, and it’s doing something,” Miskin says. He adds that currently, researchers can control only one machine at a time. Greater autonomy could allow simultaneous control of thousands or even 1 million.

Ideally, the robots will not only make some decisions but also share information with one another. “The next step would be if it could measure things from its surroundings and then make decisions on its own about what it’s going to do next. A robot can sense what’s going on around it and then increase power to the motor on one side and decrease it on the other so that it turns appropriately or speeds up or slows down to do specific tasks,” Miskin states. “We would like to have them integrated in a way that they can talk to each other.”

One of Miskin’s fellow researchers, Paul McEuen at Cornell University’s Laboratory of Atomic and Solid State Physics, is building sensors applying the same fabrication technique used to build the itty bitty bots. “We’ve built pressure sensors, temperature sensors, voltage sensors and sensors to detect changes in conductivity in their surroundings. These are basic toolkit elements to build robots that can detect robots in the world around them,” Miskin points out.

However beneficial the robots may prove to be, the professor makes it clear they also are great fun. He compares them to toy cars controlled remotely. “It was incredibly fun playing with these things in petri dishes and having them run around in these environments. We would do experiments where we would put amoeba and paramecium in with them and watch the robots run around this world,” he reveals. “It’s so cool to look through a microscope and see a million robots.”