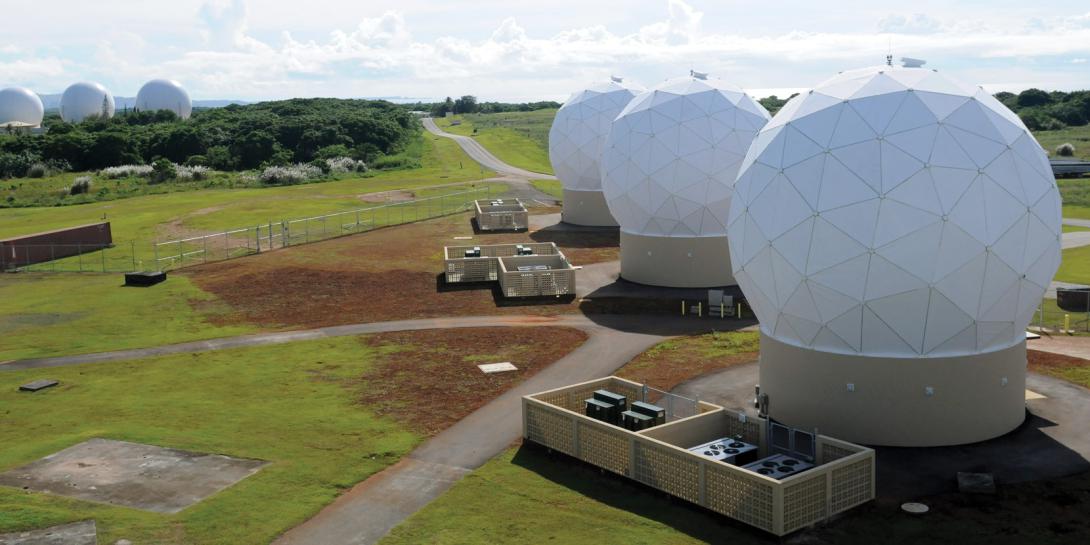 Future U.S. Army regionally aligned forces will benefit from experiences—and solutions—discovered during last year’s integration with the U.S. Army Europe communications network. Although their communicators expected to hit the ground running when they arrived in theater, integrating tactical communications systems was more difficult than expected. Fortunately, new technology and soldiers’ know-how not only solved the immediate problems but also set the stage for easier communications integration in the future.

Holistically, GAIT, developed with input from Envistacom, sews together the necessary components of the network to meet the commander’s intent. This new level of functionality resides within the tactical security demarcation, making it a true warfighter network that can deploy globally as the mission dictates.

GAIT’s solution set focused on the European area of operations and revolved around satellite communications. It enabled the transmission and networking components within a regional hub node to be decoupled, allowing for optimal placement of each node to best support Army operations using the “radio frequency anywhere” concept.

Because of GAIT’s capability, the integration into the European network domain was seamless to the commanders once on the ground. In addition, a process that normally took weeks was complete in a matter of hours.

The 1st Air Cavalry Brigade was the second unit in Europe to integrate its communications assets into the network, leveraging the GAIT solution set executed mission command within a few hours after initial setup. As a result of this success, using GAIT in future regionally aligned forces deployments became the new standard.

With the 82nd Airborne Division, the GAIT network operations center is facilitating the execution of the first Distributed Mission Command solution set in Europe. It will enable commanders to extend their organic tactical—or base camp strategic—network to a theater of operations and could enable some equipment and personnel to remain at home base while allowing forward-deployed troops to access these resources.

This approach not only reduces setup time but also minimizes potential risk of loss or damage to servers during deployment. In addition, because less equipment is required in theater, the overall communications footprint is reduced, presenting fewer targeting opportunities for potential adversaries.

The Army uses the SMART-T communications asset to provide protected satellite communications for critical command and control links between commanders at brigade and higher echelons in an electronic warfare environment. Threats include radio frequency signal interference, anti-scintillation communications, signal detection and geographic location. In the past, SMART-T was employed to provide a protected beyond line-of-sight link for voice communications between commanders engaged in a theater operation. In this environment, SMART-T used extremely high frequency and provided up to a 1024 megabits per second (Mbps) data rate using medium data rate services.

Advances in the past five years have enabled the system to operate on advanced extremely high frequency connections, providing assured links up to 8192 Mbps using extended data rate services as well as the installation of Navy Multiband Terminals (NMT) at several Defense Information Systems Agency (DISA) Standard Tactical Entry Point/Teleport facilities. As a result, a SMART-T can connect to the agency’s services and receive unclassified and classified data services.

While these new capabilities permitted a SMART-T to provide voice and data command and control communications via a secure SATCOM link to maneuver commanders, integration into the Army command and control network enabled units to conduct mission command operations, which includes a seamless Primary, Alternate, Contingency, Emergency (PACE) element that provides significant benefits to the maneuver unit communications plan.

In January, PM Tactical Network led efforts with the 102nd Signal Battalion regional hub node engineers, DISA Europe Contingency Exercise Branch, Teleport Program Office and the U.S. Air Force 86th Communications Squadron to establish a GAIT point of presence at one of the teleport sites in Europe that holds the Navy Multiband Terminals capability. As a result, an Army PM Tactical Network baseband system Increment 1 or Increment 2 could use a SMART-T to access European strategic networks through the Landstuhl regional hub node, aligning the system as an integral part of any brigade commander’s PACE plan to conduct mission command.

During the exercise, units configured SMART-Ts to terminate a secure link into the teleport that was then routed via GAIT to the regional hub node. This work established the colorless connection between the units’ Joint Network Node Tier 2 router and the regional hub node enclave router. During this process, 86th Communications Squadron Teleport technicians, 302nd Signal Battalion Camp Roberts Gateway technicians and Communications-Electronics Command logistics assistance representatives identified deficiencies in crypto strappings and created the standard for the KIV-7 configuration supporting SMART-T missions in Europe. The Joint Network Node, logistics assistance representatives, regional hub node and teleport technicians learned how to configure equipment to build a transport connection using GAIT to tap into a teleport facility. As a result, three Joint Network Nodes gained access to European strategic networks through the regional hub node utilizing SMART-T links into teleport. This new capability has enabled units to continue to plan and incorporate SMART-T into future exercises and operations.

Commanders are being advised to exercise the SMART-T as a backup link by simulating frequency-division multiple access and time-division multiple access failures. Adding these types of drills into the operations planning will ensure dexterity within the signal architecture and prepare signal soldiers to provide capable, protected satellite communications to the warfighting commander.

The signal community will need to rapidly close the knowledge gap on SMART-T planning and operation by leveraging the SMART-T operator and planner course as well as the Communications-Electronics Command logistics assistance representatives. Because the threat of operating in a degraded communications environment is continually increasing, SMART-Ts will become more relevant in Europe and return to being a crucial asset in any signal planner’s arsenal.