Neuromodulation offers a solution for creating resilient mesh networks at the edge.
By J.D. Canclini and Lt. Bill Young, USN 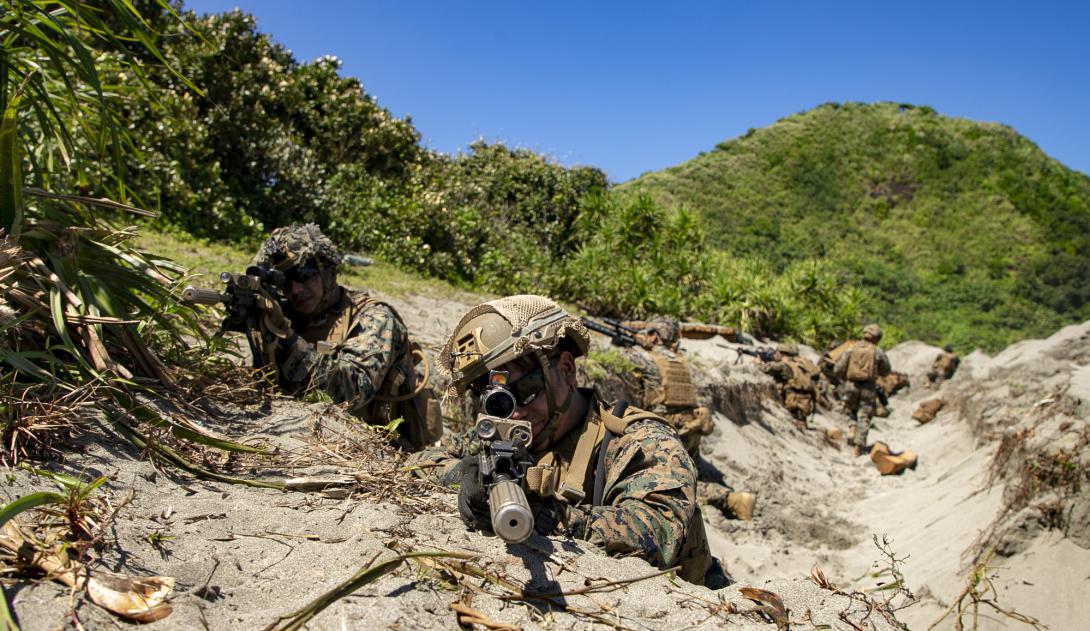 The Navy and Marine Corps must create resilient networks capable of adapting and recovering at the edge if their respective Distributed Maritime Operations (DMO) and Stand-in Forces (SIF) concepts are going to extend the fleet and joint force’s reach across and within contested areas. The rise of mesh networks at the edge necessitates innovative solutions to address the speed, scale and sophistication of artificial intelligence-enabled threats in these environments.

Nowhere is this need more pressing than at the contact layer, where mesh networks are especially vulnerable to adversary activity. It is at the contact layer where sailors and Marines will conduct reconnaissance and counter-reconnaissance using networks of manned and unmanned sensors and complete naval and joint kill webs to bring all-domain effects to bear. It is in this environment where deep neural networks (DNNs) powered by neuromodulation offer a means for making edge networks resilient against unique threats.

Sailors and Marines operating at the edge should not expect their forward digital presence to go unopposed. The chief of Naval Operations told Congress last June, “Ubiquitous and persistent sensors, advanced battle networks and long-range weapons have made contested spaces more lethal.” Successfully operating and defending edge networks in the littorals will not just affect the uptime of U.S. and partner sensors but will also influence the adversary’s lethality.

The resiliency of edge networks affects lethality as well, particularly in light of the Joint All-Domain Command and Control concept. A recent Congressional Research Service report states that, “the introduction of autonomous systems, such as the Navy’s Large Unmanned Surface and Undersea Vehicles… could need both secure communications and short latency to maintain control of these systems.” Resiliency of the network of naval sensors and assets employed by SIF is a critical requirement if these forces are to complete kill webs and deliver effects.

Developers have struggled to create a proactive solution for network resiliency on par with malicious actors’ tools and capabilities. Feed-forward artificial neural networks (ANNs) funnel inputs through layers of predetermined weights and biases with the learning process guided by developers at the network level. Intermediate outputs from each layer are “fed forward” as inputs to the next layer in the model, eventually reaching the end of the ANN where a designated output is produced. Backpropagation adjusts the weights from that monitored output if it is determined that the output is not adequate.

There are two problems with this approach. First, it requires labeled data sets to detect anomalous activity. This reliance becomes a liability in a crisis or conflict where many of these labels (e.g., signatures and indicators of compromise) will largely be irrelevant against never-before-seen threats. The use of labeled data sets may be acceptable for classification tasks, but it is a poor way to defend dynamic environments like edge networks where the adversary is thinking, maneuvering, and often utilizing its own artificial intelligence-enabled tools.

Second and similarly, feed-forward ANNs depend on developers making risk decisions that influence the algorithm’s performance. Developers are unlikely to think about threats, vulnerabilities and operational impacts the same way as network owners, yet they fundamentally alter feed-forward networks by selecting training data and adjusting hyperparameters. In adjusting hyperparameters such as learning rate, momentum and optimization functions, developers choose what data is and is not of value to the ANN’s overall performance. They search for ideal hyperparameters according to their own biases, incurring risk on the network owner’s behalf.

DNNs have come on the scene as a more capable alternative to ANNs. Nicolas Vecoven defines DNNs as “networks of artificial neurons whose interconnections are tuned to reach a specific goal through the use of an optimization algorithm, mimicking the role of synaptic plasticity in biological learning.” By more closely mimicking the structure of neurons in the brain, DNNs have proven more adept than ANNs at learning to solve complex problems. Yet the same study notes that “despite these tremendous successes, it remains difficult to learn models that generalize or adapt themselves efficiently to new, unforeseen problems based on past experiences. This calls for the development of novel architectures specifically designed to enhance adaptation capabilities of current DNNs.”

Enter neuromodulation. Just as it enables a biological nervous system—in concert with synaptic plasticity—to respond to varied and changing stimuli, neuromodulation may be the missing piece to empower DNNs’ autonomous adaptation to rapidly changing situations and inputs.
Vecoven’s “Neuro-Modulated Network” blends the advantages of a rolled web of nodes found in traditional DNNs with neuromodulation and the benefits of competing adversarial networks (e.g., generative adversarial networks), creating a unique type of neural architecture. His description of Neuro-Modulated Networks is worth quoting at length: 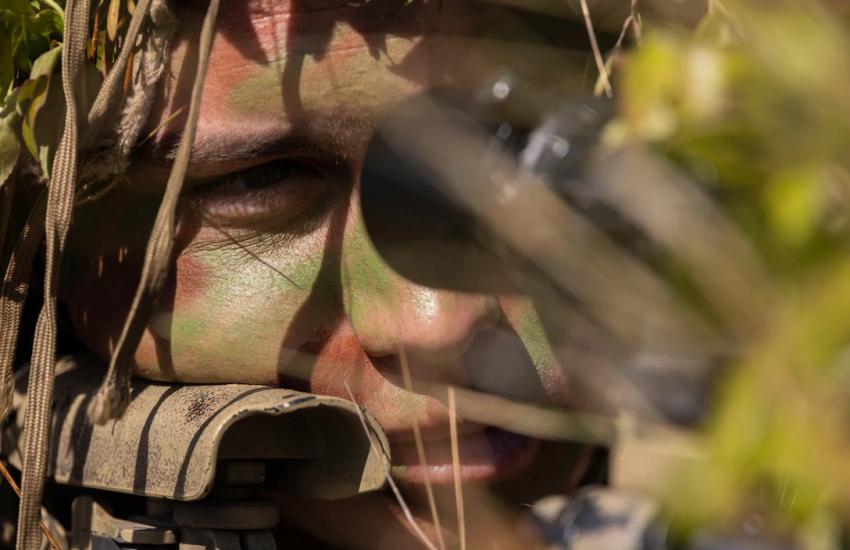 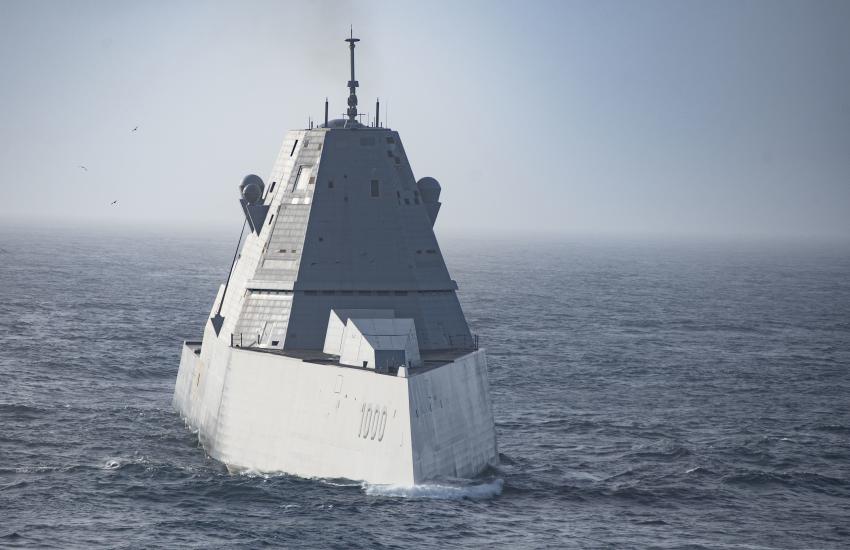 NMNs thus provide several potential benefits to network resiliency, particularly against artificial intelligence-enabled threats. First, they relearn rather than retrain. Similar to generative adversarial networks, NMNs employ competing neural networks to accomplish this relearning. The neuromodulatory network is responsible for relearning based upon context and feedback, providing the main network with new inputs to tune its functions and optimize output. Second, NMNs operate autonomously. By utilizing competing networks, there is no need for developers to adjust hyperparameters or provide input beyond seed data to activate the NMN. Finally, NMNs show promise of being able to scale to very large networks.

Applied as a software solution, NMNs offer a way to make edge networks at the contact layer resilient warfighting platforms capable of taking and delivering hits. This solution should permeate every facet of the network, enabling autonomous response to breaches. As adversary attacks come, autonomous network hardening enabled by solutions like security, orchestration, automation and response complements autonomous threat hunting.

The cumulative result of these activities is myriad edge networks resilient against constant enemy contact, enabling kill web completion for tasking and retasking. Yet resiliency alone will not ensure this kill web completion. Speed also matters. Having a greater number of functioning Joint All-Domain Command and Control nodes and links than the adversary can sever is critical. The resiliency of Navy and Marine Corps edge networks in contested environments must outpace adversary attacks. An unsupervised machine learning solution, such as NMNs, offers a way to do just that, shelving the need for inefficient human-in-the-loop analysis and input.

The Navy and Marine Corps are at a pivotal moment as they develop new concepts and shape their forces to fight effectively in contested littorals. Enabling the DMO and SIF concepts requires many things, not least of which is resiliency for the mesh networks at the edge of the battlespace. These networks will connect the manned and unmanned sensors conducting reconnaissance and counter-reconnaissance and complete naval and joint kill webs. Their resiliency against the speed, scale and sophistication of artificial intelligence-enabled attacks requires rapid, autonomous threat hunting and response that outpaces the adversary. Biologically based solutions like NMNs offer to do just that, enabling the force to fight and win at the edge.

J.D. Canclini is an associate with Booz Allen Hamilton and a graduate of the U.S. Naval Academy. He previously served as a Marine officer at the Marine Corps Cyberspace Operations Group and now consults at U.S. Fleet Cyber Command.

Lt. Bill Young, USN, is a cyber warfare engineer and founding member of U.S. Fleet Cyber Command’s AI/ML and Data Science Development Team. He is a graduate of the U.S. Naval Academy and the University of Virginia School of Engineering.

The views and opinions expressed in this article are those of the authors and do not necessarily reflect the official views or opinions of the Department of the Navy, Department of Defense or U.S. government.