A new network provides outreach to students and faculty.
By George I. Seffers 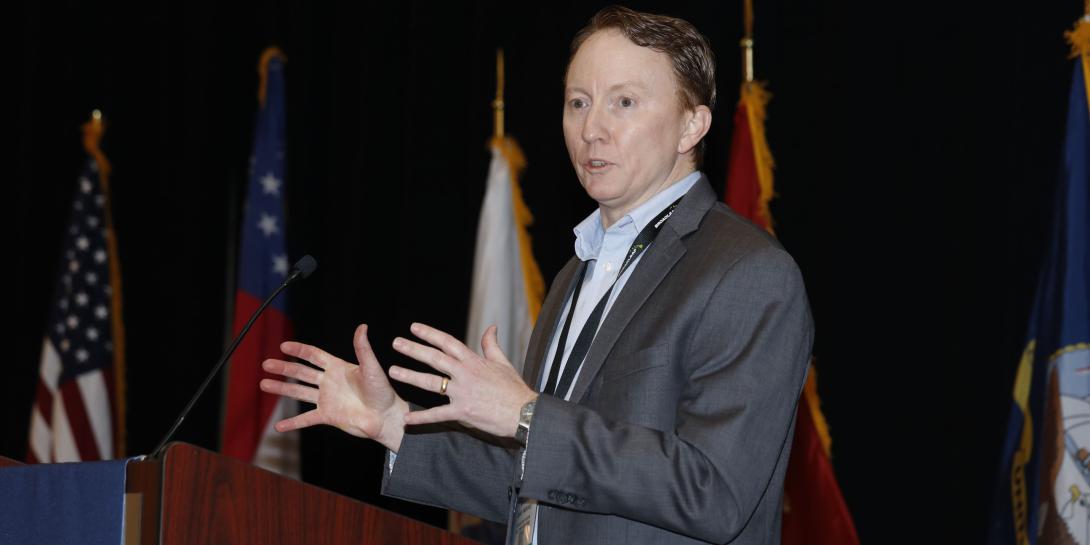 Earlier this year, U.S. Cyber Command and the cyber components of each of the military services initiated an academic engagement network to reach out to students interested in potentially supporting military cyber missions. In the coming months, Cyber Command will invite network members to help solve hard problems in the cyber arena, including technical, policy and strategy challenges.

The academic engagement network today consists of over 95 institutions, including the military service academies and the war colleges, with the rest all being nonfederal institutions. The effort has successfully expanded military engagement with minority-serving institutions, according to David Frederick Jr., executive director at U.S. Cyber Command.

“Through this network, we aim to increase partnerships in research on Cyber Command’s hardest innovation problems in cyber strategy, technical innovation and unclassified analysis,” Frederick told the audience at the AFCEA Cyber Education Research and Training Symposium (CERTS), May 10 in Augusta, Georgia.

David Frederick, Jr., executive director, @US_CYBERCOM: A lot of students don't know about us and don't know how to get a job with us.#CERTS2022

This fall the command will sponsor at least 10 capstone research projects for students and faculty within the network, inviting them to participate in the command’s Innovation Challenge. “We’re going to be assigning technical mentors from our forces that have got real-world experience in cyberspace operations and technical backgrounds to support these students throughout the year,” Frederick said.

The command will release an interim set of Innovation Challenge problems for industry very soon, if they’re not already out, he indicated, but will release a second, more comprehensive set of problems later in the year, possibly in August for the academic program. “The list we’ll be publishing for our academic program will take the technical list that we publish primarily to engage industry and will be expanded to include strategy and policy topics, and intelligence analysis topics.”

Serving as the morning keynote speaker on the second day of the three-day symposium, Frederick outlined three workforce related areas in which the military needs to be more innovative. Those areas are entry-level hiring and training, training delivery and schoolhouse environments, and employee expectations in an post-pandemic era of telecommuting and hybrid work environments.

Frederick suggested the possibility of letting entry-level prospects explore some of the training and exams so that the military could better spot talented personnel. He also recommended taking greater advantage of virtual and modular training to allow some to move through the training more quickly. “At the command, we need to get people on keyboard, on mission, as fast as possible,” he said.

He also noted that artificial intelligence can benefit training efforts by enhancing rapid assessments of learning and creating unique mission simulation environments. “Training delivery is an area where we haven’t fully implemented artificial intelligence-based solutions yet. That’s an area we’re going to be looking at as a part of our innovation strategy at the command,” he said.

David Frederick, Jr., executive director, @US_CYBERCOM: says that when he talks to family they think the U.S. must have secret #cyber tech. But the real secret is our people...people who will not give up on solving problems.#CERTS2022

The work environment can be the hardest challenge, according to Frederick, especially for classified work. “Let’s talk about the real challenge. That’s classified operations. I don’t think we’ve done everything we can yet to enable secret-level operations outside of large office buildings,” he said. “It’s just a reality that our top-secret operations for any near-future environments is going to have to happen in government spaces.”

He also praised the innovation he sees from the current cyber workforce. Frederick said a highlight of his job is the weekly briefings Cyber Command receives from operational commanders. “Virtually every week the teams come up with new ways to execute missions. It’s just amazing. Almost always, frankly, it’s our junior noncommissioned officers or junior officers and civilians who just come up with new ways to do things,” he reported. “They develop new tradecraft, they develop completely new techniques. It’s extremely energizing for us and just amazing that we’ve got a team that’s willing to innovate, to look at new ways to solve a problem and just get after it.”