The department must accommodate the logistical changes brought about by rapid technology innovation.
By M. Thomas Davis

The United States had a pressing need for a new defense capability. That was what many thought, but as is often the case in a democracy, not all agreed. The debate went on for some time, but it finally was settled, and Congress approved a large sum of money to design and field the new system.

Then, there followed additional debates: How many systems are needed? What are the key performance characteristics? Who should build it? After considerable, often contentious discussion, a request for proposals was published, responses came in and there was a selection. The selection, however, was not without controversy, and a protest was lodged. Once the protest was resolved, a contract was awarded that required production be spread to six different localities in six different states. The first efforts to gather the needed construction material were unsuccessful, leading to cost overruns, schedule delays and ultimately congressional hearings. Fortunately, at the end of this long and laborious effort, the system was delivered and proved to be world-class when tested in combat against a fully capable enemy.

Does this seem familiar? Is this story from recent experience? It could be the Joint Strike Fighter (JSF), or perhaps the Littoral Combat Ship, or maybe the Next Generation Jammer. But actually the story comes from Ian Toll’s fabulous book Six Frigates, which recounts in great detail the acquisition of the U.S. Navy’s first six combat vessels in the 1790s. One of those ships, the USS Constitution, known as “Old Ironsides,” still is moored in Boston Harbor, a continuing testimony that as tortuous and contentious as this early acquisition was, it succeeded.

The problem, however, assuming one recognizes that the story of the six frigates has many modern parallels, is that in so many ways the nation’s acquisition processes have not kept up with increasingly rapid advances in technology. In numerous areas, particularly in the domains of digitization, communications, information technology and computer processing—the common core of so many advanced systems—the Defense Department’s acquisition process has fallen further and further behind the pace of technology.

In a now legendary paper in 1965, Gordon Moore, the co-founder and chairman emeritus of Intel Corporation, postulated what subsequently has been known as “Moore’s Law.” According to Moore’s Law, as originally stated, the number of transistors on integrated circuitry doubles about every two years. This time was reduced to 18 months in a subsequent paper written by Intel executive David House. The electronics and semiconductor businesses have seen this observation hold its validity for nearly 50 years, with processing speed, memory capacity and digitization expanding at an exponential rate. No other industry has matched this rate of advance.

Over this time, numerous forms of electronic insertion and enhancement have become available, allowing many old systems to extend their operational life well beyond original expectations. But the defense acquisition process has not adjusted to this reality. Consider, to take just one example, the history of stealth aircraft. From program approval to initial operational capability (IOC) for the F-117, the nation’s first stealth aircraft, took eight years. But for the B-2 bomber, this time was 18 years; for the F-22 Raptor, it was 19 years; and for the F-35 JSF, it may be more than 25 years. Similar histories exist for ground vehicles and naval ships.

The acquisition process, with all of its deliberations regarding requirements, developmental reviews, production debates, budget adjustments, schedule changes and—significantly—testing and evaluation, continually gets longer. Meanwhile, Moore’s Law continues to produce new capabilities at a much faster pace than the acquisition process can accommodate them.

When developmental work began on the F-22, personal computers were just entering the market and sat on a desk. They cost thousands of dollars, had storage measured in kilobytes and sent output to dot-matrix printers. Cellphones were very rare and had to be carried in a briefcase. Spreadsheets were just coming into common use, and PowerPoint presentations had yet to arrive. By the time the F-22 was fielded, personal computers cost hundreds of dollars, had storage measured in gigabytes and output to multicolor laser printers. Everyone, including children, communicates over cellphones that are carried in a pocket and provide voice, messaging and data retrieval. And spreadsheets and PowerPoint, in numerous versions, are the common tools of business—as well as government.

With rare exception, all of these advances have been made by private- sector companies that control their own intellectual property, establish and rapidly adjust the performance parameters desired for their products, set production and marketing schedules and plan on replacement systems and upgrades well in advance. In general, all of this is accomplished without a formal acquisition structure, taking advantage of the continuing relevance of Moore’s Law and trying to stay with—and hopefully ahead of—what it provides.

By contrast, the governmental process rarely is willing to adjust itself to match the reality of rapidly changing technological capability. As a result, the times between design and fielding grow longer, driven in no small part by the need to continuously revisit and change requirements that always are just behind rather than just ahead of the most recent technological development. For government contractors, this results in increased costs—and frequent cost overruns, schedule slippage and loud criticism from many in both the executive and legislative branches. A frequent complaint from contractors is that requirements take too long to be established, and then they are unstable. To no small degree, this is the inevitable outcome of a cautious management system seeking to develop capabilities that will last for 50 years, when much of the foundational technology is likely to change in two years.

Second, systems should be fielded in tranches. The first version that is placed in the hands of troops need not be the final version, and it should not be expected to be. Preplanned product improvements should be both encouraged and expected. As Apple has demonstrated numerous times, there is no need to withhold the iPhone 1 because the iPhone 2 is coming within two years.

Third, have an abbreviated process for deciding to move forward with new technological capabilities as they arrive. Avoid the preference of a large bureaucracy to want to go back and review all aspects of a program and have it again be evaluated with a lengthy heel-to-toe approval process. No successful information technology or software firm delivering commercial products could be competitive given the delays inevitable from such an approach.

Finally, reduce the demands for full testing regimes, and carefully review testing standards. Countless systems have suffered from lengthy delays because of testing requirements linked to specific testing sites, or that mandate testing under conditions unlikely to be encountered during normal operations. There have been instances where test requirements and schedules have been neither modified nor waived for pieces of equipment having long operational histories with other agencies or countries.

The late Col. John Boyd, USAF, developed the concept of the “OODA Loop,” meaning the process of “Observe, Orient, Decide, Act.” Col. Boyd argued that to be successful, a fighter pilot had to get inside his enemy’s OODA loop. The winner of an engagement had to be quicker in moving from observation to action.

This is the essence of the dilemma faced by the current acquisition problem in today’s highly dynamic technological world. Putting the most modern, capable equipment in the hands of warfighters requires an acquisition process moving at a pace closer to the pace of technological change. This requires quicker recognition of promising technology, a quicker determination of how it can be utilized, a quicker decision-making process and quicker action.

This does not mean that all acquisition procedures need to be discarded. Most are in place for a reason, often rooted in some unfortunate past failure of a system to perform as expected. But as with so many bureaucratic processes, the failure to update them to a changing environment eventually will make them barriers to success.

John Wooden, the legendary UCLA basketball coach, had many observations regarding the keys to success in life, and he continuously reminded his players of how they applied both on and off the basketball court. One of his charges to them was, “Be quick, but do not hurry.” This meant to execute briskly and correctly, but not to be rushed, overlooking important considerations and opportunities.

The defense acquisition process—probably the overall federal acquisition process—needs to be quicker. The continuing validity of Moore’s Law clearly means that the pace of modern technology substantially outpaces the ability of the acquisition process to field it. The military services continue to wrestle with an acquisition system having its origins in the story of the six frigates, but it has not evolved in a way to keep up with iPhone and Android. The system should not, and cannot, simply be jettisoned—that would be “hurrying.” But it needs a thorough review to find a quick way to establish requirements, issue a contract, streamline testing and accelerate fielding. Without such an effort getting inside the technological OODA loop, we run the risk of having our warfighters deployed with less than the best.

M. Thomas Davis is a former corporate vice president with General Dynamics Corporation and a past assistant professor of economics at West Point. 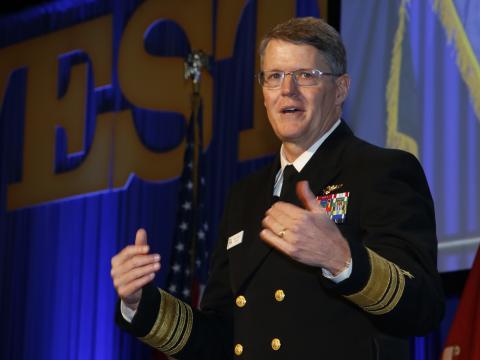 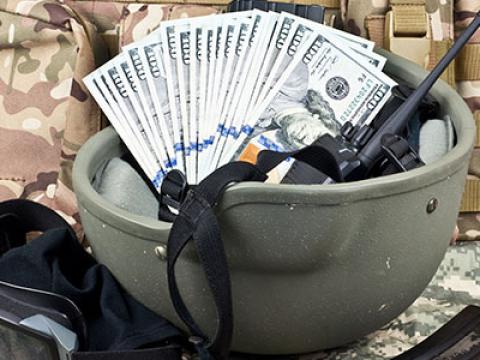 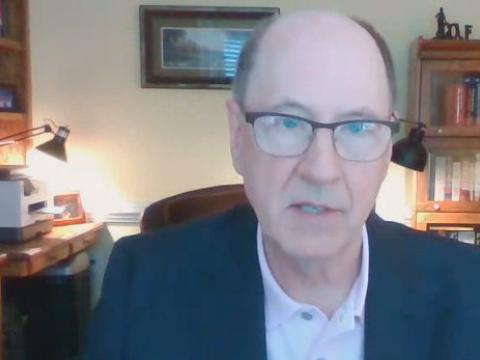 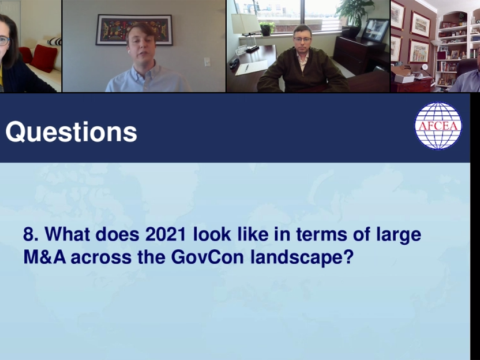