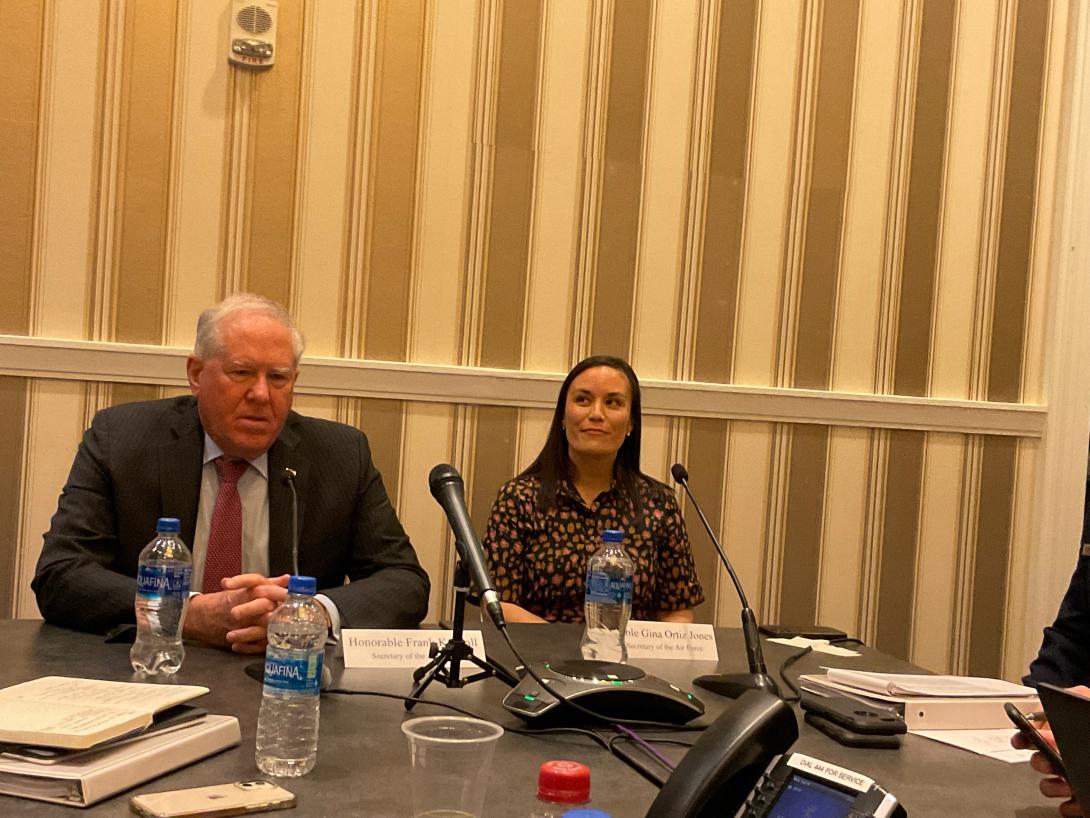 Secretary of the Air Force Frank Kendall speaks with media representatives, along with the service's undersecretary, Gina Ortiz Jones, on September 19.

The secretary of the Air Force introduced a new position in the Department of the Air Force to oversee command, control and communications, or C3, battle management. The idea is to have one official in charge of all C3 in the department, supported by top-down leadership, noted Secretary Frank Kendall, speaking at the Air and Space Forces Association’s Air, Space and Cyber conference on September 19 at the Gaylord National Resort, Maryland.

“If you look at the history of Defense Department programs, the most unsuccessful programs in the history of DoD are joint C3 battle management programs,” Kendall told reporters at the event. “The reason why they are unsuccessful is that they're broad. They require interface control across partners who may not want to change to accommodate each other, and they're very complicated. And often people will start with very visionary ambitions, about what they want, without having thought through what it's really going to take to get there. And now when you start down that path, we get into all sorts of trouble, you have schedule problems, you have cost problems, you have performance problems, and eventually, programs like that de. I don't want that to happen. And the way to avoid that is put somebody in charge.” 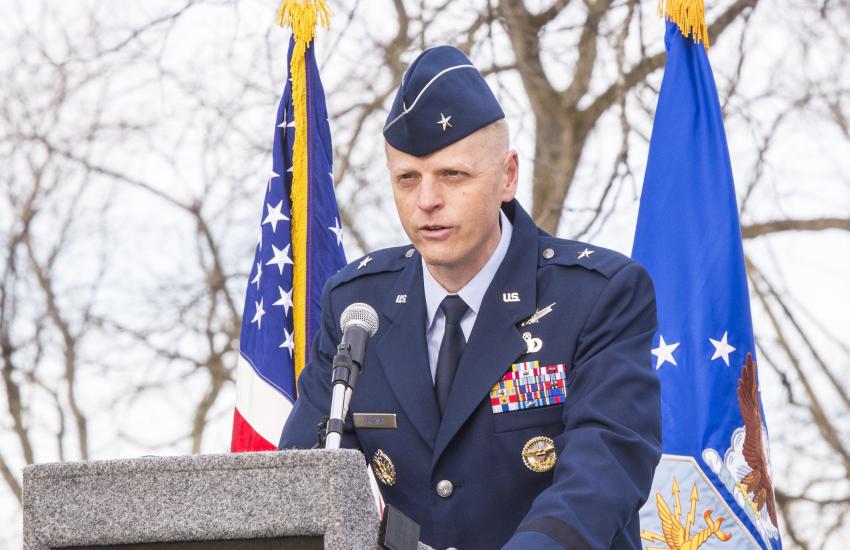 “The way we're organized right now, we have separate PEOs [program executive officers] and program managers,” Kendall stated. “We really don't have a single technical authority that covers across the C3 battle management systems. Luke will be that authority. He will also have system engineering and responsibilities for the entirety of our C3 battle management for both the Air and Space Forces. So, he's going to be the glue that ties it all together.”

Most recently, Gen. Cropsey, an engineer by trade, managed the Air Force Materiel Command’s (AFMC’s) $236 billion foreign military sales security assistance enterprise at the Air Force Security Assistance and Cooperation Directorate at Wright-Patterson Air Force Base. He also was dual-hatted as the director of International Affairs at AFMC.

Gen. Cropsey will work with Office of the Secretary of Defense, the other services and the joint staff, “to ensure the Department of the Air Force capabilities can integrate with what everybody else is doing,” as far as joint all-domain command and control (JADC2), Kendall emphasized. 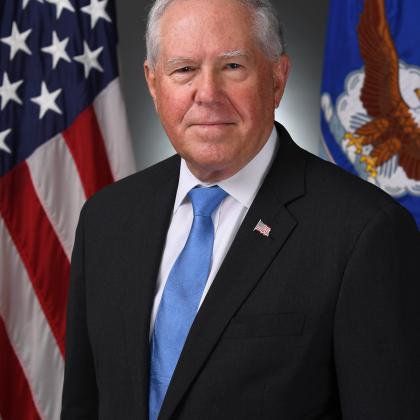 When I talked to him the other day, I said, ‘I'm going to give you the hardest acquisition job I've ever given anybody. And that's what it is. It's complicated. There are a lot of players in the game. And getting everybody in line is really a tough shot. But we've got to do it.
Frank Kendall
Secretary of the Air Force

Recently, the service had come under fire for its lack of command and control priorities, with some leaders calling JADC2, ‘sad C2.’ Kendall acknowledged that Gen. Cropsey’s role would not be easy.

"When I talked to him the other day, I said, ‘I'm going to give you the hardest acquisition job I've ever given anybody,'” the secretary offered. “And that's what it is. It's complicated. There are a lot of players in the game. And getting everybody in line is really a tough shot. But we've got to do it. We're going to give him top-down support he needs. We're going to help him make the enforcement decisions that he wants to make and get everybody aligned.”