A first-responder working group is poised to grow.
By George I. Seffers 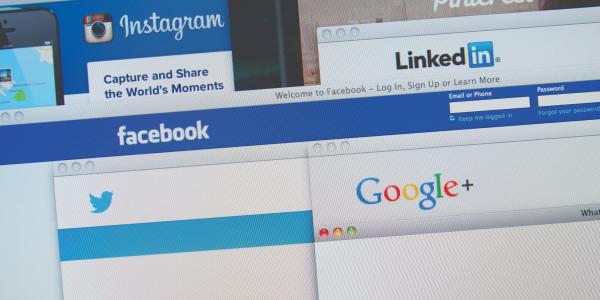 The Social Media Working Group for Emergency Services and Disaster Management operates as a subcommittee under the U.S. Department of Homeland Security’s (DHS’) Science and Technology Advisory Committee, but it is on its way to becoming a full-fledged federal advisory committee.

“Once we become an advisory committee, the membership at the federal level will broaden to some degree. It will include many more components of DHS and probably even go a little outside of DHS to include other federal agencies as well,” says Denis Gusty, a program manager in the department’s Science and Technology Directorate (S&T). “The mission will stay the same, but the membership will broaden a bit. I think it does give us a little more influence.”

Gusty cannot estimate when the transition to a full committee will be complete, but he indicates that such an evolution takes a great deal of work. “I don’t have an exact date. We’re hoping very soon, but there’s still some work left to go through,” he offers.

The working group includes federal, tribal, territorial, state and local responders from across the country who are subject matter experts. It provides guidance to the emergency preparedness and response community on the use of social media before, during and after disasters, whether natural or man-made, including terrorist attacks. “Our purpose is to provide a resource for first responders for how to best utilize social media in their day-to-day activities,” Gusty explains.

Hemant Purohit, assistant professor in the information sciences and technology department of George Mason University, has participated formally with the working group for about two years, informally even longer. Purohit touts the group’s ability to bring together emergency response workers and researchers to develop solutions with first-responder input rather than responders being blindsided by potentially unfamiliar technologies. “We need champions within the practitioner community willing to understand the technology. More and more practitioners are joining, and they’re seeing the value of understanding how the technologies work,” Purohit says.

And that takes practice. The group participates in a number of exercises and experiments, during which members advise first responders on the use of social media. Past events include the Joint Interagency Field Exploration, the Canada-U.S. Enhanced Resiliency Experiment and the Central U.S. Earthquake Consortium CAPSTONE-14 exercise. Exercises and experiments also present opportunities for the working group to test best practices, such as the use of social media teams.

“We’ve done a couple of cross-border experiments with the Canadians. The last two that we’ve done, we’ve built into the exercise or experiments the use of a social media group,” Gusty reports. “Before we even left our experiment, they put their digital volunteer team into practice.”

In the first case, he reveals, the digital volunteer team reported to the emergency operations center during a chemical spill. In the other, the team helped monitor a football game in the state of Washington. A digital volunteer team also helped during a Washington state train derailment in December. Thirteen of 14 cars on an Amtrak train jumped the track, killing three people, according to a CNN report. “A lot of folks don’t even use social media, so standing up a digital volunteer group and actually implementing that into their emergency operation practices, that alone was a significant accomplishment,” Gusty adds.

Next, the social media working group is planning to participate in an exercise with the Federal Emergency Management Agency, more commonly known as FEMA. Because planning is in the early stages, a lot of details are not yet available, but Gusty says he believes it will be called Shake and Fury and will focus on an earthquake scenario. “They are, for the first time, building in a particular scenario involving social media. I see social media becoming more popular with first responders as another mechanism or tool in their toolbox,” he says.

FEMA exercises present a chance for federal agencies and other organizations to prepare for major disasters. The agency conducted a national-level exercise in the spring focused on a hurricane scenario in the mid-Atlantic region. The exercise brought together more than 250 federal, state, local, tribal and territorial governments, private industry, and nongovernmental and community organizations to test their emergency response to a simulated major incident.

Another coup for the social media working group has been publishing a number of reports over the years outlining lessons learned, best practices and recommendations for first responders. A March report titled “Countering False Information on Social Media in Disasters and Emergencies” focuses on ways to counter misinformation that gets shared—either deliberately or inadvertently—through social media during and after a catastrophe.

The report states, “Multiple motives lead people to post false information on social media: Some posters seek a particular result, such as closing schools for the day; some desire to get attention with a dramatic post; some are pushing a moneymaking scam or political agenda; and some innocently repeat bad or outdated information.”

In researching the topic, the social media working group studied various incidents, including the 2014 earthquake that rocked Northern California’s Napa wine country, during which tweets were filtered by geolocation to eliminate posts from trolls; the 2016 historic Louisiana floods, for which the Red Cross published and shared a blog to counter rumors and misinformation about food distribution and shelter policies; and last year’s Oroville Dam evacuations in Northern California, during which local agencies used traditional and social media to counter misleading information on Twitter about the evacuation area.

Recommended best practices include securing partnerships with local traditional media outlets before disasters to establish the means to disseminate accurate information; setting up a central website to debunk bad information; and coordinating the public information efforts of multiple jurisdictions and agencies through a joint information system.

“One of the biggest challenges public safety agencies and organizations face is how to reduce or eliminate the spread of false information, especially as public demands for a response from these authorities increases. Social media can distribute news faster and to a wider audience than traditional news sources. However, that also means the potential for misinformation, false information and rumors to spread and go viral is high,” the report explains.

Incorrect information can be caused by situations where the truth is difficult to confirm, the report adds. It cites the 2011 meltdown at the Fukushima Daiichi Nuclear Power Station in Japan as one example. Many rumors circulated regarding appropriate safety precautions and other issues, such as whether people should evacuate, whether food and water would be scarce, and whether there would be additional radioactive releases.

The working group’s reports are designed to support both first responders and those they serve. “Our tagline for first responders is to make them better prepared, keep them connected, protected and fully aware of their surroundings in any situation they’re involved in,” Gusty states. “This group, through its best practices and guidance documents, does just that. We are providing another mechanism for first responders to use in their day-to-day activities—not only to protect them but to help protect the people they’re protecting.”

Every incident starts at the local level, he notes, before offering advice that could serve first responders and others: “If you’re going to use social media, it is important to know who your audience is and who the people are that you can trust. Have trusted sources to help dispel any false or misleading information being perpetrated across social media platforms.”