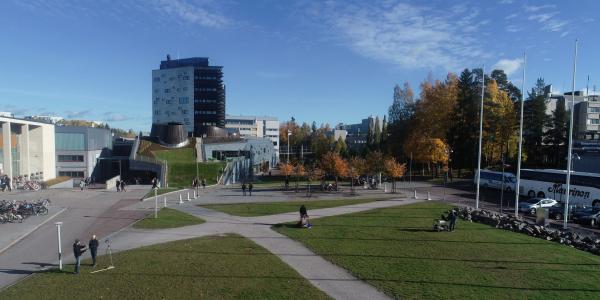 Military communicators have long been transmitting and receiving signals to aid decision making and warfighter operations. But the ability to transmit and receive radio signals on the same frequency, simultaneously, would prove to be a crucial ability, researchers say. This capability, known as same-frequency simultaneous transmission and reception, or SF-STAR, employed with full-duplex radio technology could well be a superpower, says Taneli Riihonen, assistant professor, Information Technology and Communication Sciences, Tampere University, Finland.

SF-STAR is enabled by advanced self-interference cancellation techniques, which allow communication signals to be sent out as well as received without noise interference, says the professor, who earned his doctorate degree in electrical engineering from Aalto University in Helsinki, in 2014 and was a postdoctoral researcher at Columbia University in New York.

Although Riihonen had started investigating these capabilities for the civilian/commercial sector, in the last two years the professor has moved into military-related research, including a project with the Ministry of Defense of Finland.

In the commercial sector, full-duplex capability is advantageous because it saves on spectrum usage, Riihonen shares. “The motivation for doing this on the civilian side is the reuse of spectrum,” the professor says. “You can effectively get double capacity by reusing the same spectrum for uplink and downlink of communications. And with the operators, they pay millions or billions for the spectrum. And so it’s a huge advantage for them if they can get double the spectrum for what they buy.”

After noticing that basic research into full-duplex capabilities on the civilian side was maturing, he started thinking about other applications for full duplex about three years ago. Since then, interest in full-duplex radio capabilities, such as SF-STAR, has spread, not only within Finland, but also to NATO and researchers in other countries, Riihonen notes. (See box.)

For the military, the great advantage of full duplex and SF-STAR goes well beyond saving on spectrum. SF-STAR, especially, can be seen as a “kind of superpower,” the professor emphasizes. “I think that superpower is even more important for the military than doubling the spectrum capacity,” Riihonen offers. “It’s much more important to be able to integrate electronic warfare and tactical communications and signals intelligence into a single device.”

The SF-STAR capability would give warfighters tremendous flexibility in their communication operations, he adds. “Currently, if you have a transmitter that is transmitting jamming signals, the device is not able to hear what happens in the environment,” Riihonen explains. “So it’s not able to sense or receive [information] for example, on how effective the jamming signal is or it’s not able to do anything else.”

On a battlefield where warfighters are trying to jam an improvised explosive device (IED), they are not able to use a certain frequency band for purposes other than sending the jamming signal. “So then, of course, the bad guys will use the communication spectrum of the military to remotely control the IED, and the military then cannot conventionally prevent them from using it because they need the spectrum for their own communications. But with full duplex, they could transmit jamming while simultaneously receiving tactical communications without any problem,” the professor notes.

SF-STAR could enable the receipt of tactical communications, signals intelligence or spectrum monitoring on the same frequency, simultaneously. “Or it could be measuring the effectiveness of the jamming signal, to see if the actual transmitter which is being jammed has changed in its operation,” he states. “Or the jamming could be adapted to be more effective.”

However, the challenge with SF-STAR is that it causes self-interference, or when the transmission from the transceiver is interfering with the reception of the same transceiver. This issue has to be addressed in order for SF-STAR applications to work, the professor says.

“Self-interference is like shouting to someone who is very far away, let’s say a hundred meters away from you, and at the same time, you are trying to listen to a whisper from someone else,” he says. “In a radio context, it’s as if the signal that you are transmitting from a device is 100 billion or even many trillion times stronger than the signal you are trying to receive at the same time. That needs to be canceled in order for you to be able to shout while you listen to a whispering voice.”

And because there is no one solution that solves the issue of self-interference, the researchers look at it “more like a system development problem with multiple levels on how to solve it,” Riihonen states.

One part is to address the antenna domain. The antenna needs to be designed so that the transmitting side is leaking as little as possible into the receiver side, the professor clarifies. A second approach is to include analog cancellation, also known as radio-frequency domain cancellation. “Here, we need to remove the interference before it reaches the receiver electronics,” he states. “We need to suppress the interference signal sufficiently before it reaches the electronics, otherwise they will be saturated and nothing can be done.”

In principle, the interference cancellation can be done by subtracting the interference signal, Riihonen continues. “Because the device basically knows what is being transmitted, simply said, it can create a copy of the interfering signal and mathematically subtract it away from the receiving signal. And after the subtraction, there will be only the useful signal left.”

“In practice, it’s not that easy,” he acknowledges.

Riihonen and his team are focusing on two main lines of research related to improving self-interference cancellation techniques for in-band full-duplex capabilities: increasing the power of the signal transmission, while operating in a lower frequency, closer to military usage; and finding optimum SF-STAR applications for the military.

In their research efforts, the engineers are using a prototype, a military full-duplex radio (MFDR) receiver, and an air tactical data link. And because it is public research and the Finnish scientists have limited information on the classified waveforms that the military uses, they chose unlicensed industrial, scientific and medical, or ISM, frequencies at which to conduct experiments.

“We were thinking that one of the practical challenges for the military domain would be to move down in frequency, although the prototype that we used is operating at the Wi-Fi frequency, or 2.4 gigahertz,” he explains. “In reality, military systems are operating on much lower VHF frequencies.”

Their research trials also operate at a lower transmit power level, Riihonen says. “The transmit powers, what we can use legally on the Wi-Fi frequencies, are quite low—a maximum of 0.1 watts,” he explains. “Military systems use a higher transmit power of a few watts or tens of watts.”

The Finnish researchers also employed software-defined radios (SDRs) to facilitate the communications between the over-the-air tactical data link and the prototype receiver.

Using SDRs made the research easier for the scholars. “We could program the radios to do whatever we like,” Riihonen shares. “And another thing that helps us is that we can prototype the self-interference cancellation easier because we can program the cancellation algorithms in the digital domain easier with the SDRs.”

They are now working on performing new experiments. “Previously, we’re down in our laboratory indoors, and now we are going to continue the experiments outdoors, to make them more realistic,” he states. “Working indoors, the transmitters are only a few meters from the receivers, so it’s very, very close, and we need to pay attention to the transmit power levels so that they are not too high.”

At the same time, the professor’s colleagues are working on researching antenna designs related to advancing full-duplex or SF-STAR. “In principle, the idea is to make antennas that are directive, so that they will direct the transmission to a different direction than the receiving antenna or vice versa. And then there are these antenna solutions that are able to separate the leaking signals between these two transceivers,” he notes.

The researchers will continue to publish their findings, Riihonen says. Most recently they presented to the NATO Science and Technology Organization’s International Conference on Military Communications and Information Systems, known as ICMCIS, in May, and at the joint AFCEA International/IEEE MILCOM Conference in Los Angeles in October of 2018.