Getting the Whole Picture with Next Generation 911: Sponsored Content

Mapping and location finding technologies common to every smartphone are making their way to 911 emergency calls, letting first responders know exactly where to go and saving precious time that can be used to save lives.

These capabilities are emerging in what’s known as Next Generation 911, or NG911. They represent a fusion of mobile device applications and services that are being overlaid or built into these new emergency telecommunications systems that let police, paramedics and firefighters get to exactly where they need to be.

Part of the change to NG911 technology is reflected by the major telecommunications carriers shifting away from their legacy databases and systems to session initiation protocol (SIP)-based systems. SIP is a signaling protocol used for initiating, maintaining and ending real-time sessions including voice, video and messaging applications. SIP is used for signaling and controlling multimedia communication sessions in Internet telephony applications for voice and video calls, private IP telephone systems, instant messaging over Internet Protocol networks and mobile telephone calls.

While the shift to SIP is ongoing, the technology itself is over a decade old and is very mature, says Brian Anderson, director of public safety at Avaya. He adds that although public safety lags behind in this area, nations like Canada lead the world in mandating NG911 and the U.S. is close behind in that migration as telecom carriers move away from wireline services and regional pockets move to NG911.

The current global pandemic situation, with many people staying at home and working remotely, created a unique situation for NG911 that wasn’t present one or two years ago, Anderson says. Older, more static technologies can’t really track remote workers’ cellphone locations, but next-generation SIP-based systems can do this.

Besides allowing users to automatically report their locations every time they log into their work laptops or their cellphones, SIP-based technology also lets 911 immediately detect a person’s location when they call. This is vastly different from older systems that even one or two years ago required users to submit a location change request and then wait 48 to 72 hours for it to go into effect, Anderson says.

One of the reasons NG911 technology works with a variety of mobile devices is thanks to the work of a company called RapidSOS, which approached Apple and Google with software code for smartphones and tablets that greatly increased the accuracy of the data coming from those devices. Because 80 percent or more of 911 calls come from mobile devices, Anderson notes that this created an opportunity for expanding the reach of NG911 capabilities.

RapidSOS’s technology was included in recent Apple and Google Android devices where it allows their location information to be transferred between other devices. This means that a smartphone won’t just gather GPS and WiFi data to get its geographic position, but also communicate with other nearby mobile devices to get its location in relation to them.

This technology is now used to cover 911 calls by roughly 90 to 95 percent of the U.S. population. It allows companies like Avaya to notify an enterprise when a cell-based 911 call is made from an associated physical location like a corporate campus or office.

An example would be a large government facility like an Army base. If someone is injured in an accident or has a medical emergency on the base, when they call 911, the NG911 system would also notify base authorities—something current 911 systems can’t do, Anderson says. Besides not being aware of an emergency on the facility, base personnel would only have a vague idea where the call came from, whereas the new technology essentially creates a Google Maps view of where the caller is located.

However, there are still some issues with NG911’s use on facilities such as military bases, such as security considerations when connecting into an IP-based commercial network, Anderson says.

Avaya’s NG911 system is designed to work within set geographic boundaries, such as a military facility or corporate campus. Any mobile devices on that covered terrain are automatically detected and connect to the system when they make a 911 call because they go through the customer’s defined RapidSOS Geo-Fence.

At the same time, when the information for a 911 call is going out to the 911 center, the NG911 service also notifies the facility’s government or private enterprise as part of Avaya’s subscription service, Anderson says.

Avaya has sold a Next Generation 911 product called SENTRY for some years, Anderson says. SENTRY is made for Avaya by a company called 911Secure.

While this product has been on the market for a while, what is happening now is the addition of more data-based solutions, capable of reporting location data from cellphones calling 911 using the 911inform application. Additionally, the latest applications allow multimedia files detailing a caller’s location to be sent to first responders and those using the public safety answer point (PSAP), he says.

“The real difference over the last two years is we’re getting much more from 911 callers based on an enterprise PBX system that we can deliver [data] to as well as cellphones,” Anderson says.

On the enterprise side, what is important is the data that NG 911 can supply. This includes the nature of the emergency, a person’s location down to one meter outdoors and three meters indoors. This is different from cell tower triangulation that is only accurate to somewhere between 100 and 200 meters, Anderson explains.

These new capabilities provide emergency responders with highly accurate location information and potentially other data, such as a person’s health status and floor plans with a marker of the 911 caller’s location on it.

Avaya is working with partner company Synergem Technologies Inc., on a product that will answer 911 calls in the PSAP, the call center that receives 911 calls. This will take advantage of existing infrastructure used by Avaya’s Communication Manager tool, allowing the company to provide additional functionality “that’s fully NENA i3” compliant without heavy modification to the existing infrastructure, he says.

An important aspect of Avaya’s NG911 technology is ease of use and automation. Anderson notes that many mobile 911 applications and products require the user to download software onto their device or to subscribe to a service. He adds this makes little sense because all a person should do is call 911 when they need it, without any additional worries.

“If I were to pass out and my kid picks up my phone next to me, they’re going to call 911. There’s no reason to have any kind of app or app to unlock my phone to get an app for emergency response, just dial 911. The technology is there—all the hooks and handles in terms of finding data, finding location, all that kind of stuff is already there in the background,” Anderson says.

Such automation could also be used for other Internet of Things and mobile devices, from individual medical aid devices that send out an alert if a person is having a health emergency, to shot-spotter devices police departments use to detect and locate gunfire. This data from a variety of devices can potentially be fused to create maps and overlays in police department and emergency services command centers, allowing first responders to quickly respond to incidents.

Depending on the size of an enterprise, NG911 systems like Avaya’s allow organizations to layer on services, such as providing automatic notification calls to key personnel when a 911 call is made from a facility, or also including building security camera feeds and paging services that can be shared with first responders.

If there is a building fire, for example, after the 911 call is made first responders could get an interactive floor plan of the facility that allows them to click on cameras to directly view their feeds. If the fire is on the north side of a building, then first responders could access the paging system to direct the people in the structure to evacuate to the south side, possibly by following emergency strobe lights activated during the emergency, Anderson says.

A near-future goal for the technology is to use artificial intelligence tools to make automated decisions for facility owners. Such a product could be used by a school district and consist of a two-door, two-stage entry into a facility where people coming in are scanned by cameras. This can be to either detect their body temperature to detect anyone with a fever, or to search for weapons. In either case, he notes that they are prevented from entering the main facility, either being isolated or directed to a side entry where their status can be determined.

For its enterprise customers, Avaya’s NG911 system is designed to be highly automated, allowing it to run in the background on a corporate network until its needed. This approach differs for government customers such as intelligence community organizations with high security requirements. In these situations, where most mobile devices are either locked down or not permitted to move freely around a facility, Avaya gives those customers more fine-grained control over how the system interacts with them and what information is shared with the commercial network. This often boils down to less automation and more human-based management, he says.

Anderson expects the technology to become more sophisticated and even more automated in time. In a commercial environment, when a person calls an airline to make a reservation, the system can recognize a repeat customer or an individual, potentially directing them to reservations or some other service. None of this happens in public-domain systems such as 911 today, he says.

Emergency dispatching is still done manually today, meaning that an operator looks for the radio tags of police officers in the area to direct them to an incident, Anderson explains. In the near future, such systems may be integrated with NG911 technologies that can use algorithms and navigation tools to more efficiently direct police and medical teams to incidents, navigating them around traffic and other delays to get there more efficiently.

The main goal is to do more with automation to decrease dispatch and response times, which is attractive to cash-strapped law enforcement agencies and municipalities, Anderson says. 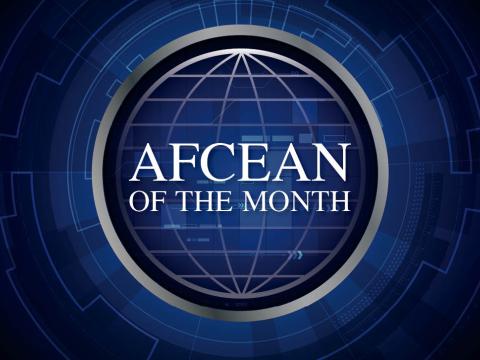 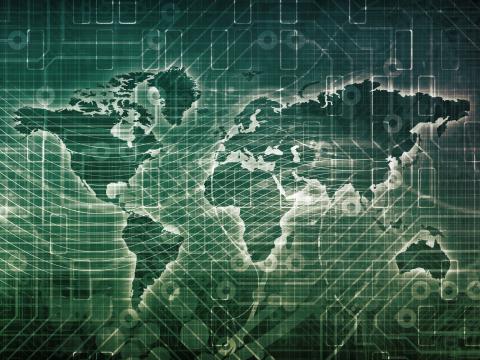