If You Want to Support Warfighters, DISA Needs You 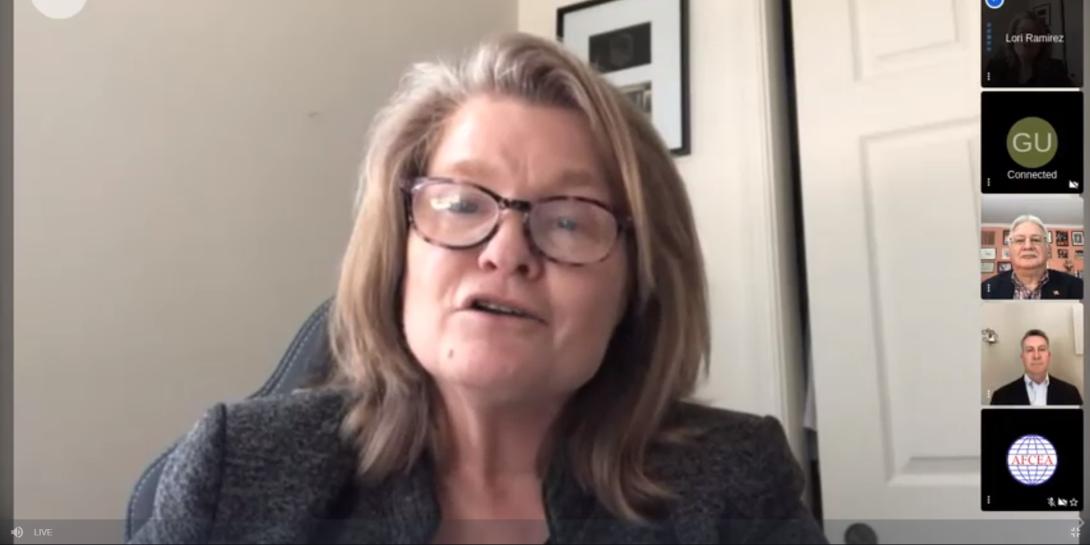 Lori Ramirez, DISA’s director, workforce services and development, discusses the agency's efforts to recruit talented personnel by using virtual meeting and information sharing tools during the pandemic and beyond.

The Defense Information Systems Agency is searching for talented personnel in a broad array of career fields, including information technology, science and engineering, program and project management, contracting and acquisition and human resources—and the effort to recruit those personnel virtually is gaining steam.

When the ongoing pandemic hit, the agency, commonly referred to as DISA, overhauled its recruiting efforts to begin interviewing and hiring people remotely. “DISA is hiring! We have a lot of openings. Through COVID-19, we’ve been able to continue to hire at the same pace that we were before,” Lori Ramirez, DISA’s director, workforce services and development, said during an August 19 AFCEA TechNet Cyber webinar on virtual recruiting. “We have a varied organization. Almost 50 percent of DISA is in the IT arena. But we also have [positions for] engineers, scientists, contracting personnel, human resources, finances. If someone is interested in delivering services to the warfighter, we probably have a career field for you.”

Even within the IT realm, the agency has a variety of openings. “When we say IT, it’s anything from engineering to testing to coding to building,” offered Jason Martin, DISA’s Development and Business Center vice director.

The agency’s virtual recruitment efforts include veterans and active duty personnel looking for a new way to serve. “Often when veterans separate, that’s what they want to do. They still feel that need to contribute, and we have virtually been able to reach out to them. We want to recruit people who are … patriots, and it’s our job to help them understand what DISA does and what great opportunities they have by working with us,” Ramirez added.

Lori Ramirez, Director, Workforce Services and Development, @USDISA, emphasizes the need to use virtual recruiting to reach out to veterans who still want to find a way to serve. #TechNetCyber #AFCEA

Virtual meeting tools widely adopted around the world since COVID-19 struck have helped the agency to reach more people and build stronger relationships with potential employees. “Previously we had really thought of it [recruiting] as an in-person kind of event. Now our organization actually looks across and looks for virtual opportunities, instead of waiting for them to come to us. We’ve taken the left and right boundaries off. We can recruit people anywhere. It’s allowed us to look anywhere. We are not limited by the tyranny of geography or time,” Ramirez told the webinar audience.

Lori Ramirez, Director, Workforce Services and Development, @USDISA, says that because of virtual recruiting tools, the agency is no longer limited by time or geography in the search for talent.#TechNetCyber #AFCEA

Martin echoed that sentiment. “Lori and I personally have had four or five conversations with universities in the past month. We’ve included some other seniors who also have been very involved in recruiting … to really develop those relationships.” He added that the agency is building relationships not just with administrators, faculty and staff, but with the students.

Virtual technologies also allow the agency and recruits to be more flexible. “More people are able to quickly pivot to meet with us or to sit down and have a conversation. When you do in-person meetings or interviews or collaborations, it takes a lot to get folks in the same room. We no longer have that challenge,” Martin reported. “We’re able to turn things very quickly, which is something we weren’t always able to do in the past.

To illustrate that point, Ramirez said that now if she hears that Maj. Gen. Garrett Yee, DISA’s assistant director, is hosting a virtual event with potential employees, it is easy for others to join in. “Going virtual, I have seen people pivot between so many things within the space of two hours. It’s actually mind bending. A lot of folks weren’t used to doing that before. Back in March, it might have been difficult. Now, it’s no big deal. The tools we have at our disposal today, the ability for people to communicate, has really made an incredible difference.”

Those tools have allowed 80 percent of the agency’s workforce to telework during the pandemic, compared to 20 percent who did so in the pre-COVID era, she noted.

While DISA specializes in technology, officials are willing to adopt new tools to reach new recruits. Students at colleges and universities, for example, often use tools agency officials didn’t know existed. “If there’s somebody we’re interested in connecting with, and they’re not on a [Defense Department] network, and they’re not on a [Defense Department] application, we request to be able to meet them in their space,” Ramirez stated, citing the popular Zoom platform as one example.

While the majority of positions with the agency fall under the information technology umbrella, Martin says the agency is often willing to train personnel who may not have a lot of experience. He cited himself as an example, saying that as a liberal arts graduate, he initially knew nothing about technology. “I was on the operational side of the house for the majority of my career. I’ve also done software development. Now I’m doing a number of things, including spectrum and testing and collaboration, you name it,” he said. “It was due to very smart leadership-focused people in the organization that I am where I am today, whether they were above me, below me, beside me, whatever the case may be.”

Martin revealed that it is DISA’s focus on personnel development that keeps him motivated. Prior to working with DISA, he worked with industry, which he says he loved. But, “I wasn’t able to have the impact on people’s lives and on the department and on the federal government the way I can now. The ability for me to reach out … and help people get to where they want to be, that really has been second to none. That’s the best part of my day every day.”

To register for the remaining TechNet Cyber webinars on September 2 and September 16, click here.

If you enjoyed this article, you might also enjoy: 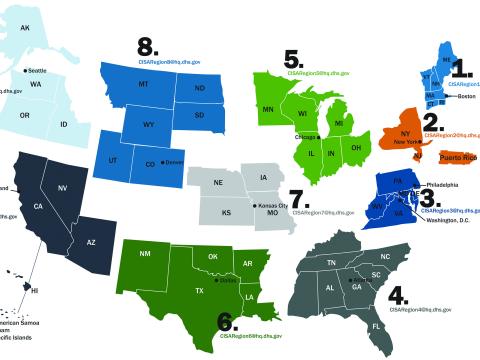 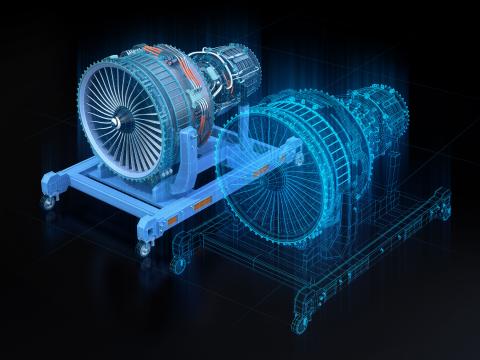 The Army modernizes legacy waveforms and radios to retain overmatch against...