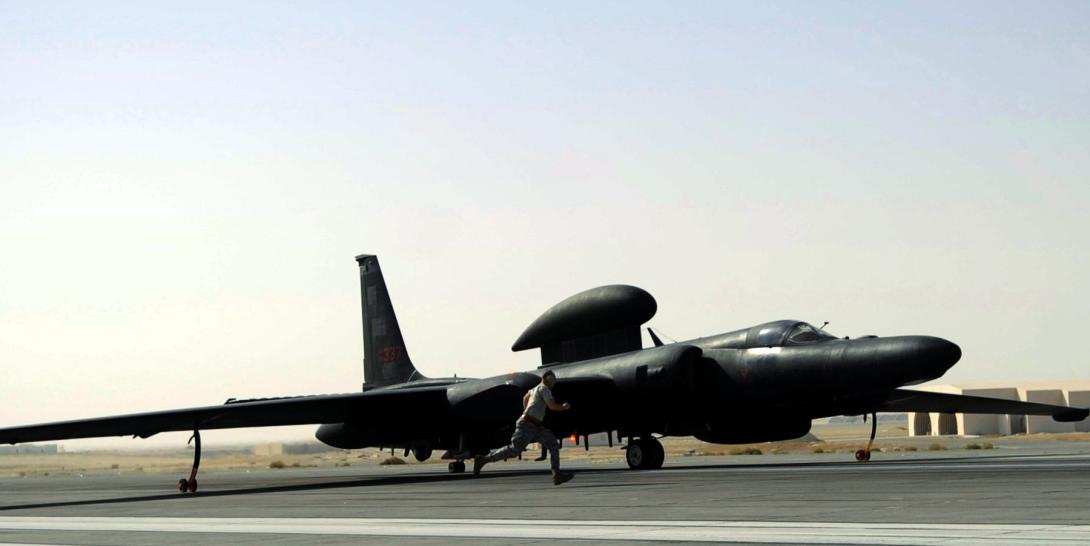 Airmen quickly remove the final pins from a U-2 Dragonlady before a flight, Oct. 4. The U-2 is the primary source of high altitude intelligence, surveillance and reconnaissance.

The National Geospatial-Intelligence Agency (NGA) has been a government leader in cloud adoption and development security operations for software development. Among other efforts, the agency now is trying to foray into practices not widely employed before in an intelligence community setting, including the use of commercial solutions and expansion of unclassified operations.

The 25-year agency that came about in the mid-1990s during operations Desert Shield and Desert Storm has specialized in what it calls “knowing the earth,” explained Mark Andress, the NGA’s chief information officer (CIO), outlining the agency’s technology priorities yesterday during a panel session at the AFCEA Rocky Mountain Chapter’s annual Cyberspace Symposium, held February 21-24 in Colorado Springs, Colorado.

It serves a unique role both as a member of the Defense Department as a combat support agency and as an intelligence community member. “We receive funding both on the national programs and the military intelligence programs,” Andress clarified. “If you look at what is going on in Ukraine right now, we have people in direct support of all of that forward [activity].

We also have a huge national intelligence mission, where we need to inform and provide insights, steal secrets and preserve secrets as part of the intelligence community."

In the current geopolitical climate and the Defense Department’s shift to address near-peer adversaries, the NGA is centering around three main strategic elements: (1) how the agency can support defense and intelligence strategies and national security directives in the era of great power competition; (2) accelerating the use of commercial technology in the national security space; and (3) unclassified operations.

Regarding the agency’s planned use of commercial solutions—including allowing its workforce to build intelligence from commercial solutions first instead of as customary backup or secondary sources—the CIO advised that it was a main focus. “I'm telling you in our world it is about to go exponential,” he noted. “It is a huge driver for us.”

The NGA’s third priority involves a cultural shift, stepping outside of some intelligence community norms.

“The pivot to unclassified, if you think about that for a minute, a U.S. intelligence agency being comfortable with doing unclassified production is not normal,” Andress acknowledged. “It makes a lot of people a little bit uncomfortable moving into that.”

In addition, the agency is growing its ties with the U.S. Space Force to improve the NGA’s space-based intelligence, surveillance and reconnaissance (ISR) capabilities. “We have a fantastic partnership with the Space Force in this area, both from a national perspective and from an international perspective, with the investment in space-based everything but in particular, space-based ISR,” Andress noted. “It is a huge issue for us because our adversaries are going there as well.”

Mark Andress CIO & Director CIO-T, NGA (r) in this era of Great Power competition @NGA_GEOINT’s focus is resiliency as well as space-based ISR. The commercial side of ISR is making huge gains through the low cost of launch & modernization of optics #RMCS22 pic.twitter.com/w0XSxkFqOb

Moreover, the NGA wants to leverage the inroads in space-based ISR that are “happening tenfold” on the commercial side, which the CIO attributes to the low cost of space launch and the modernization of sensor technologies.

“Just look at the size of the optics on your phone and [lower] costs of that,” he stated. “And it's happening on orbit too. What that does for us is it drives an explosion in data, our GEOINT [geospatial intelligence] …. whether it be imagery or cartography.

One of the challenges of additional data from ISR capabilities that the NGA has to tackle is ensuring the integrity of that data across its whole life cycle. Making sure that it is trusted and reliable data is “a huge prospect,” the CIO admitted. “And then it is how you use that data. On the commercial side, the huge emphasis is on automation, AI, ML [artificial intelligence and machine learning]. And for us, computer vision is the big manifestation of that. And it is where we are seeing a lot of potential for partnering with industry.”

Lastly, Andress acknowledged that he himself was uneasy with the shift to unclassified production. “As the CIO, I’m pretty uncomfortable,” he shared. “I’m a healthy level of uncomfortable … constructive tension.”

The agency’s large, new facility that it is building in St. Louis will help the NGA embrace this new mindset in the future, as the campus will employ cutting-edge features designed to pull in industry and academic solutions and build partnerships—all to leverage more commercial innovation.

“It's being designed from the ground up to incorporate this pivot to unclassified,” Andress stated. “It is an adjustable space, but it still is a SCIF [a Sensitive Compartmented Information Facility or secure room].”