Australia Adapts for the Future

The country works to uphold the rules-based order amid shifting geopolitics.
By Kimberly Underwood 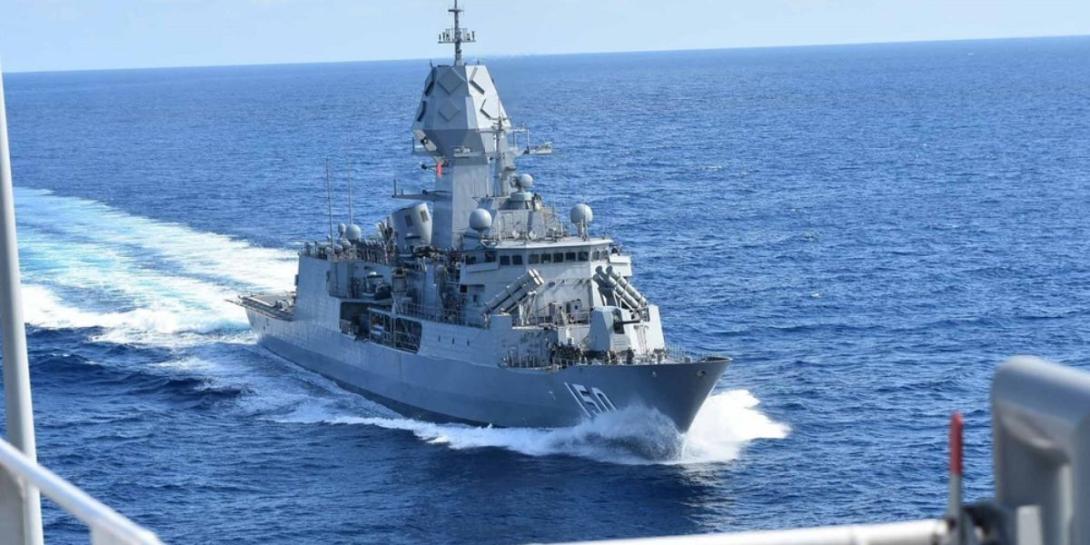 The Commonwealth of Australia, the sixth largest country in the world, is seeing the geopolitical environment shift in its Indo-Pacific region.

The Commonwealth of Australia, the sixth largest country in the world, is seeing the geopolitical environment shift in its Indo-Pacific region. As a result, it is bolstering its military and technological capabilities. It is building sovereign capabilities as well as leveraging emerging solutions through its important partnerships, explains Arthur Sinodinos AO, Australia’s ambassador to the United States.

Australia is building off the strength of its foundational treaties, such as the ANZUS Treaty between Australia, New Zealand and the United States. “It had its origins during the Cold War when the U.S. was developing a whole network of alliances and partnerships across both Europe and Asia,” Sinodinos says. “I think in particular that treaty reflected the strong bonds between our two countries and also, of course, with our close partner and neighbor, New Zealand. Those bonds had been forged in military conflict. I think it indicated the confidence we had in each other, the trust in each other and the belief that we were fighting for many similar values.”

In addition, the Five Eyes Nations partnership between Australia, New Zealand, Canada, United Kingdom and the United States, and the recent AUKUS security agreement Australia signed last September with the United Kingdom and the United States, are helping to position the country for the more challenging atmosphere. “We can’t do it alone,” the ambassador notes. “There was a time when people used to think how much further could you take an alliance or this sort of close relationship, but the reality is that circumstances change. In our own region, a lot of circumstances have changed in recent years, and the strategic circumstances have changed…. [with] the rise of China.”

The global rules-based order set by allies and partners has underpinned peace and prosperity for decades in the region. It “is very important” for countries such as Australia, America and others to continue to stand up for those values and rules-based international. “The aspiration we have, and I believe Americans have, and other like-minded countries have that stand up for the sort of values we believe in, is a global rules-based order that applies to all countries big and small,” he suggests. “And our aspiration is for China to be very much part of that order.”

Sinodinos emphasizes that his country’s leaders will continue to engage with the People’s Republic of China on that dialogue—or any country that goes against peace and world order.

“This is not an ad hominem attack on one country,” he states. “What we’ve done is country agnostic. [Our] buildup is based on those principles, and if it has the effect of convincing other countries in the region to cooperate and be part of the rules-based order, then it’s had the right sort of impact, along with the non-military things that we do to encourage other countries to be part of the rules-based order.”

Since China’s rise in power has shifted focus to the Indo-Pacific region, it has, however, raised “real challenges” for Australia, the ambassador notes. “Our strategic circumstances have changed.”

In response, Australia is increasing its defense spending to equal 2.5 percent of its gross domestic product (GDP) and is further committing to pursuing 64 key technologies that are critical to the country’s national security and stability, outlined in November by Scott Morrison, Australia’s prime minister. “We are committing ourselves to getting new capabilities and [pursuing] an extra 270 billion [Australian] dollars in capability spending over the next decade,” Sinodinos says.

The new capabilities effort also includes the country’s pursuit of submarines under the AUKUS agreement—to the ire of France. “[With] the increasing militarization in the region and the new capabilities coming on the horizon, the decision was taken that we had to upgrade and update our capabilities,” Sinodinos clarifies. “That meant revisiting, reevaluating decisions that we had taken. AUKUS is one of the products of that reevaluation; not the only one.”

In early February, the three AUKUS nations signed an exchange of information agreement, allowing them to share nuclear propulsion data and take further development steps. In conjunction with the Royal Australian Navy and help from U.K. and U.S. officials, Australian leaders will spend the next 12 or so months identifying the needed new submarine capabilities to be powered by highly enriched uranium as well as the related workforce, design and construction considerations to present “the optimal pathway forward,” the ambassador states. The goal is “to build to a mature design and not spend the next few years redesigning submarines.”

The ambassador stresses, however, that the AUKUS partnership agreement was about Australia positioning itself technologically and bolstering its already solid relationships—not just its undersea capabilities. “It’s important to understand that this is not just about submarines,” he says. “Submarines are very important as a capability, but my prime minister puts particular focus on the non-submarine aspects of AUKUS. He sees the capabilities that it encompasses, whether it is in artificial intelligence and machine learning, quantum, cyber, other undersea warfare capabilities and quantum, as all being very important capabilities for Australia.”

With the United States, Australia has also entered into a strategic intent agreement to pursue such non-submarine related technologies. The AUKUS partners are looking at where synergies exist before working together in that regard. “I’d say that Australia is open to doing more,” Sinodinos mentions. “What’s been interesting under this administration is that Defense Secretary Lloyd Austin has been very clear to us that he’s very much a believer in the concept of integrated deterrence.”

The ambassador stresses that “AKUS is not meant to be an umbrella for everything,” and that some of its emerging technology efforts might be pursued bilaterally with either the United Kingdom or the United States or other partners. “What’s important about Britain in this regard is that as a scientific and technical power it still punches above its weight, and so it brings a lot to the table in its own right,” he shares. “It just depends what capability each can bring to the table and the synergies from doing that.”

Other nations in the Indo-Pacific, such as Japan, are also working to sustain equilibrium in the region. “For us, Japan is a great partner,” Sinodinos offers. “In part because of the past leadership of Shinzo Abe, but also the ways in which Japan has taken a more active role to shape the region have been very important from Australia’s perspective.”

“One of the United States’ unique advantages is its alliances and partnerships,” Sinodinos states. “I think the cumulative [impact] of that is going to be very important, and I think you’re going to see the Europeans playing a bigger role in the Indo-Pacific as we go forward. From our point of view, having the Europeans operate in the region is a great plus ... because they realized what happens in the Indo-Pacific has a big impact on their interests.”

For example, the United Kingdom is operating more in the Indo-Pacific. “We have the Five-Power Defense arrangements between Australia, New Zealand, U.K., Malaysia and Singapore, but on top of that, the U.K. is now also mounting a diplomatic offensive in the region,” he says. “They are a dialogue partner with ASEAN [the Association of Southeast Asian Nations], they applied to join the TPP [Trans-Pacific Partnership] and to do new free-trade agreements. They are upping the way they participate in the region, and we encourage that. That is why, for them, AUKUS was a natural fit in terms of their capacity to contribute in the region.”

Sinodinos adds that the French have major interests in both the Pacific and Indian Oceans, the Germans are sending more ships in, and the Dutch, who have historically had associations with the region, are evolving their Indo-Pacific strategy.

For its part, Australia “is doing more to help develop the region and understand its priorities,” the ambassador continues. “The Indo-Pacific remains our priority.”

In addition, its so-called Quad agreement with India, Japan and the United States has been elevated to a top-leaders level, with those nations’ presidents and prime ministers meeting for the first time virtually in March 2021 and in-person in Washington, D.C., in September 2021. With India, Australia sees a lot of potential for cooperation, particularly around economic and technological issues, according to the ambassador.

“In the context of critical and emerging technologies, for example, in the Quad we have a working group trying to set the standards for how some of these technologies are used and how they are deployed,” he notes. “Partly that is for ethical reasons; partly that’s to stop them from being deployed in ways which leads to things like digital authoritarianism where a country can just hover up all this information for their own purposes and infringe the sovereignty of other countries.”

Additionally, Australia is in the process of standing up a guided weapons explosive ordnance enterprise to build up a sovereign capability in such munitions. “We’re looking at our long-range missile options, and we’re doing a whole series of things,” he states. “We’re not just putting all our eggs in the submarine basket. Developing the guided weapons and explosive ordnance enterprise is part of having a strategic capability which then complements what we’re doing with our allies and partners.”

Australia also is investing $111 million into quantum capabilities, including $70 million into its Quantum Commercialization Hub “because we see a particular opportunity to develop quantum technologies, not just for computational reasons where it can massively increase computational power, but also because quantum sensors can be very important—particularly in relation to monitoring, intelligence, surveillance and reconnaissance, and helping with critical infrastructure protection,” the ambassador states.

Lastly, he emphasizes that region will see and understand Australia’s heightened role in favor of peace. “I think the message that is going out very strongly is that countries are prepared to stand up for the rules-based order and work together,” Sinodinos states. “And I think that message is getting through. I think people in the region see that we are serious about what we’re doing. With the fact that we’re raising our defense spending to 2.5 percent of GDP and the new capabilities we’re talking about, people see there’s an intent to be shaping our environment and helping to deter potentially aggressive action.”

In the South China Sea last September, the USNS Tippecanoe (T-AO 199) (in foreground) conducts an underway replenishment with HMAS Anzac (FFH 150) (pictured). The Royal Australian Navy’s long-range frigate is capable of air defense, surface and undersea warfare, surveillance, reconnaissance and interdiction. The maritime nations support each other while conducting missions to preserve and protect a free and open Indo-Pacific Region, a key priority of both nations.
U.S. Navy Photo by Martin Hanninen

“We’re looking at our long-range missile options, and we’re doing a whole series of things. We’re not just putting all our eggs in the submarine basket. Developing the guided weapons and explosive ordnance enterprise is part of having a strategic capability which then complements what we’re doing with our allies and partners,” says Arthur Sinodinos AO, Australia’s ambassador to the United States.