U.S. officials, in some ways, miscalculated in believing Russia would be stronger.
By Kimberly Underwood 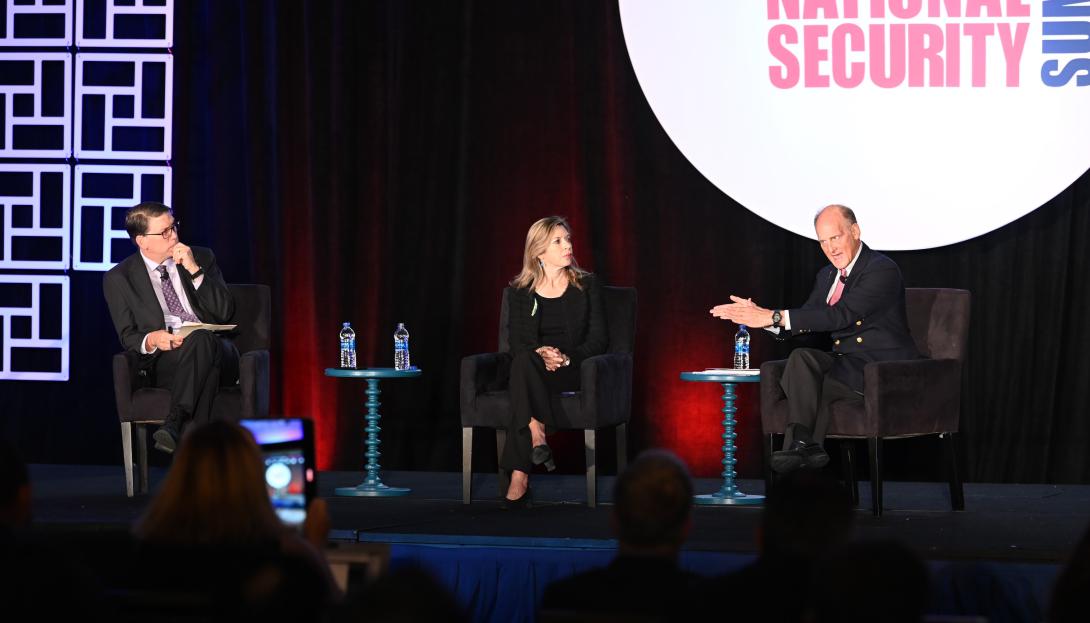 Panelists discuss the war between Russia and Ukraine during a session at the 2022 Intelligence & National Security Summit. Credit: Herman Farrer

Russia’s notion of having an all-powerful, modernized army has not necessarily come true on the battlefield as it continues its unprovoked assault on the nation of Ukraine. Some of Russia’s early assertions about its strengths, however, fooled the United States to an extent, said Evelyn Farkas, executive director, McCain Institute.

“I can't say with certainty that our government didn't know that the Russians had problems with logistics and that they were overselling their military modernization,” the executive director stated. “We thought that Putin's will might overcome the will of what we thought were the weaker Ukrainian [forces]. I do think that it's important, though, to understand that we kind of bought the Russian story on their monetization. The Russians really put on a great show for us.”

“The Ukrainian forces, certainly supplemented by the U.S., allies and partners, with weapons and training and leadership in small unit tactics, but more importantly, they’ve got moxie,” the general said. “They're fighting on their home terrain. They are fighting as the Soviets fought exactly on this ground against the Nazis. Except now, the Russians are the Nazis. It is what is going on in the pushing back of Russian forces…. And success is contagious, and so is failure and defeat. What we're seeing is this contagion, if you will, caught the Russian forces…. and while I don't like to use the word guaranteed, it looks like there will be a Ukraine in the future, one that is not under complete Russian dominance.”

The experts believe that Putin is in trouble and may not last in power. He has to win in Ukraine because if he fails, “he is done,” according to Gen. Zwack.

“I think that he has doubled down, and he's in a zero-sum situation,” the general said. “And I know a number of Russian military, and they're loyal or patriotic, but they can't like what's been going on in their military. I think Putin is playing a balancing game. It's not going well. And as we saw in the last century, Russia didn't crack once but viciously cracked twice. And so, I think in regard to their resilience, there's a lot of brittleness here, and I think Putin is in a very, very dangerous [position]."

Another sign that Putin is panicking, Farkas continued, is “all these killings” allegedly by the Russian leader.

“There’s been all these killings of all the Lukoil oil executives,” she said. “And all the people who have spoken out [are gone]. I mean death by falling off a balcony while smoking is a [thing] right now. There's like death by yachting and falling into the water. That's a little more exotic. There's death while suffocating, just suddenly as you are going to lunch. There’s an uptick. Every day, there's more and more of these. Is Putin killing people inside Russia who are criticizing the war effort and criticizing him?” 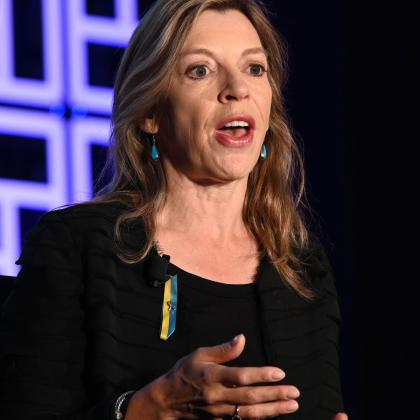 There’s been all these killings of all the Lukoil oil executives. And all the people who have spoken out [are gone]. I mean death by falling off a balcony while smoking is a [thing] right now. ... Is Putin killing people inside Russia who are criticizing the war effort and criticizing him?
Evelyn Farkas
Executive Director, McCain Institute

BG Peter Zwack (on right) ⁦@USArmy⁩ (ret) thinks Putin is in trouble. “He’s doubled down, but others can’t like what is going on with their military. Putin’s trying to play a balancing game but it is not going well.” #IntelSummit22 @AFCEA ⁦@INSAlliance⁩ pic.twitter.com/9C41C5AeAe

The general noted that more and more Russian citizens are increasingly emboldened to get Putin out. “This could be the shove that puts that regime and Putin out, and he has nowhere to go,” Gen. Zwack said.

As such, the experts encouraged the United States to take steps now to aid Ukraine further, while there is an opportunity.

“The objective is defeating Vladimir Putin so that he doesn't take over Ukraine, then take over Georgia, then take over Moldova and then make a probe vis-a-vis NATO, and then we're in a war with Russia,” Farkas emphasized. “I mean the stakes are super high here…. That’s not an exaggeration to project out that if Vladimir Putin gets his way in Ukraine this year or next year, and if he's still alive and in power, that he will turn to those other neighboring countries, and as I said, make the march and threaten NATO, which then means we're at war.”

The experts would like to see additional heavy weaponry in particular sent over so that Ukraine can throw off Russia’s control before the winter.

“I worry that if we don't provide the Ukrainians the weapons they need to push back further against Russia and get more territory, they will not be strong enough at the negotiating table and the Russians may regroup if they have time,” Farkas ventured. “I do think in the long run that Russia is not going to prevail. But I'm worried that the Ukrainians will get stuck over the winter.”

Gen. Zwack added, “This is the time to support the Ukrainians realistically with as much as we can.”

Dr. Evelyn Farkas ⁦@McCainInstitute⁩: The Russians put on a bit of a show for us & we kind of bought into their mod story. We thought Russia might just overcome Ukraine. We miss calculated their ability to achieve their objectives. ⁦@AFCEA⁩ ⁦#IntelSummit22 pic.twitter.com/fCscP2Oebb 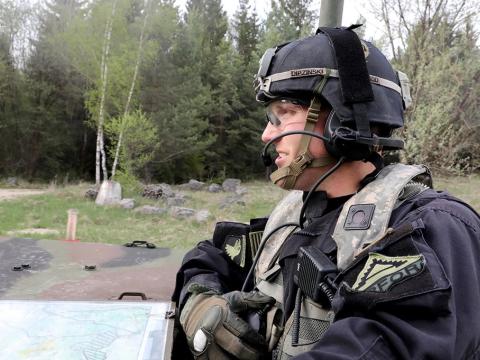