The Asian country has abandoned principles that gave it a research edge after jolting the United States.
By Diego Laje 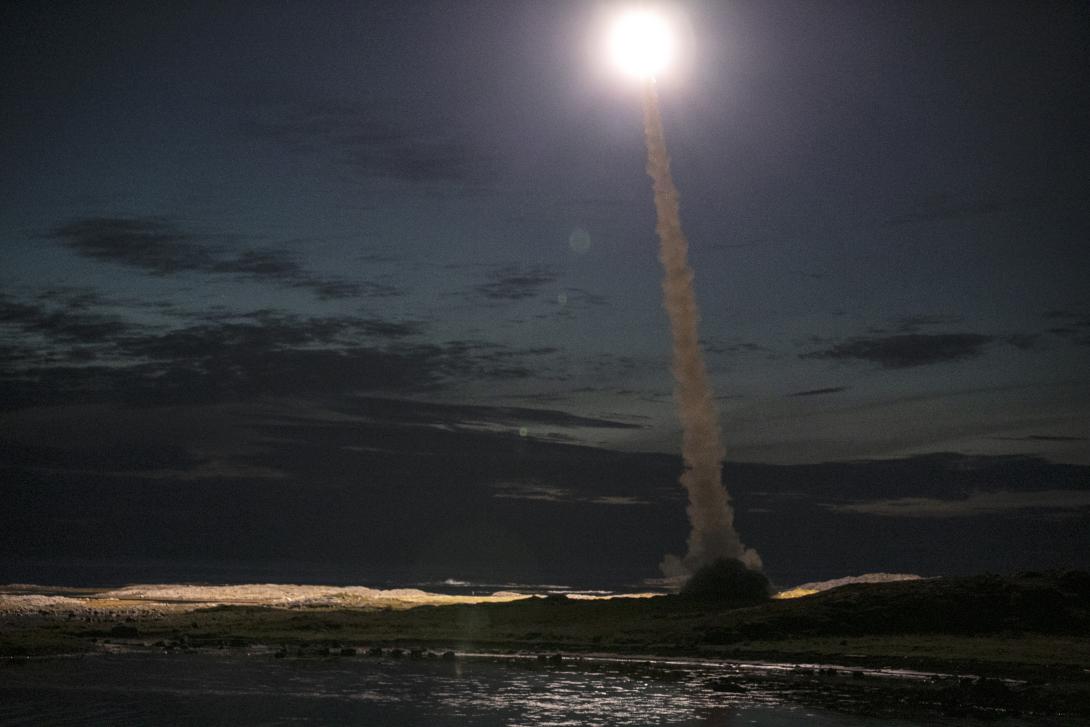 On October 1, 2019, when the People’s Liberation Army paraded hypersonic missiles in Tiananmen Square, it was unclear what they were doing. Afterward, some compared the date to October 4, 1957, when the first Russian satellite was launched. But that comparison seemed far-fetched. The Chinese “Sputnik moment” bore no resemblance.

For one thing, the Russians launched a satellite on their own.

“[The Chinese] built a lot of their work from our work. We did their homework for them,” said Mark Lewis, executive director of the National Defense Industrial Association’s Emerging Technologies Institute.

And Beijing piggy-backed on the United States’ efforts by politely asking for the ride.

“[China has] taken advantage of our own openness … back in the early 2000s, the United States did tons and tons of research on hypersonic systems and produced a lot of papers,” said Masao Dahlgren, research associate with the Missile Defense Project at the Center for Strategic and International Studies (CSIS).

Dahlgren added that another avenue for this technological acquisition was via scholars who received advanced education in the United States and later returned to China.

The scene of the Chinese missile systems equipped with hypersonic glide vehicles labeled “DF-17” on military trucks along Beijing’s Chang’an Boulevard was shown repeatedly in the media. The vehicles rolled over the spot where a man unsuccessfully tried to stop a column of tanks on their way to carry out the Tiananmen Square Massacre in 1989. Same location, comparable contexts.

When questioned directly, Chinese spokespeople have denied having these capabilities.

After U.S. officials claimed a hypersonic weapon test was carried out by China, a Foreign Ministry spokesperson offered alternative facts. “It’s not a missile, but a spacecraft,” Deputy Director of the Chinese Ministry of Foreign Affairs Information Department Zhao Lijian said on October 18, 2021.

Repeated attempts by SIGNAL Media to seek further comment from the Ministry of Foreign Affairs, as well as from the Chinese Embassy in the United States, were unsuccessful.

More recently, Communist Party publication The Global Times hailed the launch “of what resembles a DF-17 missile, in a move experts said … displayed the flexibility of the ‘aircraft carrier killer’ hypersonic weapon that is almost impossible to intercept.” The daily published this shortly before the arrival of U.S. Speaker of the House Nancy Pelosi in Taiwan.

The weapon is said to be a missile-mounted glider that can be remotely controlled and flies at relatively low altitudes with a range of up to 2,500 kilometers, reaching speeds of Mach 5 to 10, according to a CSIS report.

Official Chinese media, including the Global Times, reported a DF-17 live-fire launch was publicly seen for the first time as part of the tests the country carried out around Pelosi’s visit in early August 2022.

Calls for comment from the People’s Liberation Army in Beijing went unanswered.

The reappearance of the weapon in media coincides with heightened political tensions around the high-profile political visit from the United States to an island China considers its own, despite having a separate government since 1949 and an open and free political system.

“This is China trying to say to the world, ‘We are a global power, and we’re now concerned with striking anywhere in the globe,’ and I think that’s a pretty powerful message,” Lewis told SIGNAL Media in a phone interview.

A website affiliated with the People’s Liberation Army also has reported that China is developing the next generation of hypersonic missiles called Xingkong-2, citing reports by other state media outlets and its own sources. This new system is described as different and more modern than the DF-17.

The international dimension of these weapons is oftentimes overlooked and goes beyond military criteria.

Several Chinese entities are believed to be involved in the design and production of hypersonic weapons. While much is unknown, the U.S. government has suggested a number of these entities participate in programs fostering the proliferation of missiles and their technologies.

Among the potential exporters of missile technologies is CASC, China Aerospace Science and Technology Corporation. The company describes itself on its website as “the prime contractor for building the air and missile defense equipment for the Chinese military.”

Also, the China Aerospace Science and Industry Corporation Limited (CASIC) website describes the company as the “backbone of space industry of China.” The company made $11.9 billion in international arms sales in 2020, according to Stockholm International Peace Research Institute (SIPRI), a Swedish think tank.

The two entities are widely considered among many that collaborate in the production of new weapons systems, like the DF-17. Nevertheless, the specific suppliers are kept secret by Beijing.

“It’s hard to see a firm dividing line between government and industry in China,” Lewis said.

Dahlgren identified both companies as potential suppliers, citing U.S. government information, and added, “I think it’s fair to say that there’s a linkage between many Chinese aerospace firms that export arms and hypersonic technology.”

CASC and CASIC are sanctioned by the U.S. Department of State for contributing to missile proliferation, according to Notice 87 FR 3376 dated January 21, 2022. Chinese state news outlet CGTN claimed in a report that the penalties were baseless and quoted a Chinese Foreign Ministry spokesman saying, “The Chinese government consistently opposes the proliferation of weapons of mass destruction and their means of delivery.”

Attempts by SIGNAL Media to seek comment from both companies were unsuccessful.

“The People’s Liberation Army has a hand in most of their defense industry, but then they linked with their universities, and they’ve got universities developing concepts that get delivered directly into the hands of their warfighter,” Lewis said, explaining the complexity and opacity behind design and production in the country.

These programs hide behind what could be an intricate web of even friendly-sounding names, such as the “China Lucky Group Corporation.” This company is a specialized subsidiary of CASC, for example.

China’s technological prowess has a diplomatic angle as well. In 2012, Argentina signed an agreement with the Asian country to build a deep space tracking facility in Patagonia. The accord is formally signed by the South American country’s space agency, Comisión Nacional de Actividades Espaciales, also known as CONAE, and by the China Satellite Launch and Tracking Control General (CLTC).

The CLTC is a state organ that works to develop, launch and operate satellites. The institution also recruits top talent in the field, according to a government report.

CASC, the Chinese organization sanctioned by the United States for missile proliferation, is partnered with the CLTC. This arrangement was made through China Great Wall Industry Corporation, a CASC subsidiary, according to the company’s website. 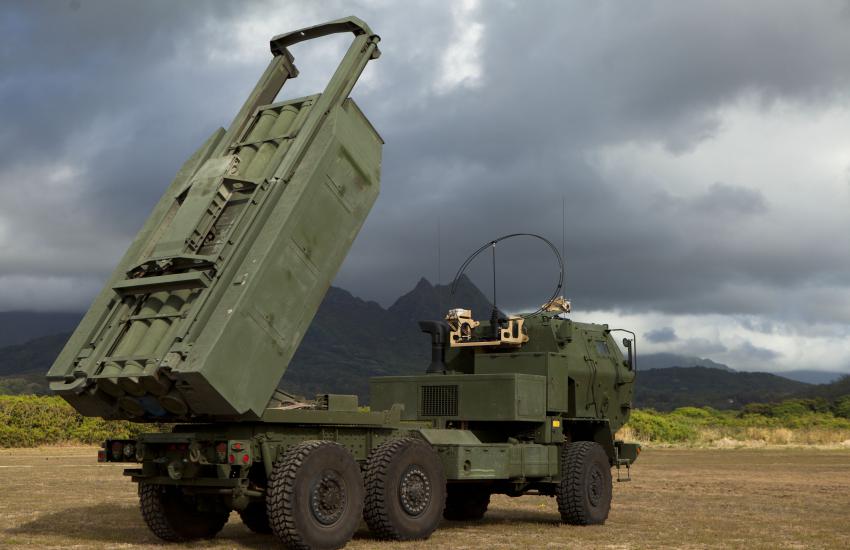 The contract that allows China to set up a space station in Argentina specifies that it should only be used for research. China gave Argentina further reassurances that the facility “will be used exclusively for peaceful purposes” in 2016, according to an Argentine official release. Many still aren’t convinced.

“I take everything that the Chinese say with a grain of salt,” Lewis said.

Argentina insists the space station only serves the Chinese space program and has no role in defense.

“The station is utilized to support and control the Chinese Moon Exploration Program and deep space scientific research,” a diplomatic spokesperson told SIGNAL Media in a written exchange.

The same source said the country is unaware of other activities and suggested a violation would terminate the arrangement, quoting the text of the original agreement.

After the appearance of the DF-17, the scramble in the United States to develop countermeasures was widely reported in the media.

Two avenues of work have been publicized recently. One is the creation of an interceptor; the other is the deployment of a resilient monitoring system to detect and follow the guided hypersonic gliders along their relatively low flying path.

To defend from the “carrier killer” capabilities of the new Chinese development, Raytheon Technologies announced in 2021 that it was selected by the Missile Defense Agency to develop a Navy-vessel-based system.

“By using digital engineering and leveraging high technology readiness level components and subsystems already in use across standard missile and hypersonic programs, we can quickly advance the creation of this new interceptor,” said Tay Fitzgerald, president of Strategic Missile Defense at Raytheon Missiles & Defense, in a release.

The other initiative involves a complex program that includes multiple satellites currently under development.

“These prototypes will provide global and persistent indications, detection, warning, tracking, and identification of conventional and advanced missile threats, including hypersonic missile systems,” said the Department of Defense in a July 2022 release.

The first tranche consists of 28 individual satellites, according to the Department of Defense. This has a number of implications that were better understood by recreating hostilities.

“Almost every major war game activity that I was involved [in while with the Department of Defense], the first thing that the red team did was take out the blue team’s space assets because the world knows that that’s our big advantage,” Lewis explained.

There is a quality in quantity. “We built our space architecture, we built a glass house and we forgot the neighbors could throw rocks at us,” Lewis said. “We built a lot of our initial space infrastructure assuming that it was immune from attack, and now we know it’s not, and so we’ve got to scramble.”

Expanding the satellite constellation means resilience when facing a power with the ability to launch hypersonic weapons and fight in space. Nevertheless, many conditions must be met.

The Department of Defense explained that the satellites will track hypersonic weapons using their heat signatures as the gliders increase their temperatures due to drag.

“They’ve demonstrated their ability to distinguish the hypersonic target from all of the other infrared reflections coming off of the Earth,” Dahlgren said.

And there’s a tradeoff when using low altitudes. “You can leverage a lot of commercial technologies to produce the satellites,” Dahlgren explained. “That might not work so great for medium-Earth orbit.”

The scholar explained multiple layers should be used, some further away from the planet, posing challenges of different technical characteristics.

Hopefully, this time, innovation won’t be made available to adversaries’ engineers. And this weakness could also be a strength. As China works to avoid spreading even basic information about its work, it abandons the adaptability that gave it an edge initially. Without debate, research is slowed.

Despite having accidentally contributed to the might of an adversary, freedom is also better for security. “I think the United States benefits scientifically from being an open society,” Dahlgren said.

Therefore, that weakness may be a strength in the long run, just as bamboo is stronger than steel because it is flexible. 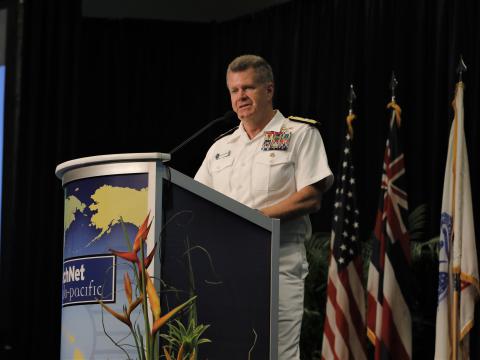 The adversary is taking unprecedented steps in Europe and other places to i...