Virtual Reality In the Sky

An embedded technology will soon allow fighter pilots to engage virtual aircraft and ground targets during airborne training. Installed in the avionics of a basic or advanced
By Henry S. Kenyon
System permits aircraft to conduct missions with simulated ordnance, sensors.

An embedded technology will soon allow fighter pilots to engage virtual aircraft and ground targets during airborne training. Installed in the avionics of a basic or advanced trainer, the system replicates fighter jets’ radar, weapons and electronic warfare suites and displays a variety of threats such as ground-to-air missile batteries. A datalink capability also permits multiple aircraft to conduct joint training operations with real and virtual participants linked to one network.

Training pilots to fly modern combat jets is an expensive and lengthy process. A critical step is the transition from trainers to operational platforms. While learning to fly the new aircraft is a vital part of the curriculum, it is equally important to master the many sensor and weapons systems integral to modern military aircraft. Exposing cadets to the different electronic functions of an operational platform while they are earning their basic flying hours could save money by reducing training time.

The goal of the embedded virtual avionics (EVA) system created by Beyond Visual Range (BVR) Systems Limited, Rosh-Ha’Ayin, , is to make the transition process as efficient as possible. According to Yoav Ben-Shem, BVR’s director for airborne products, the company leveraged its years of experience developing air combat maneuvering instrumentation (ACMI) and an airborne electronic warfare simulator to design the EVA.

Although it uses many of the systems and techniques developed for these two previous products, the EVA system allows pilots in basic and advanced trainers to experience a full suite of features such as simulated weapons launches, terrain maps, radar and electronic warfare (EW) simulations, and virtual threats. “Now we can give you a full set of simulation models that can support your training in real time and [we can] actually develop a complete virtual set of avionics for you to use,” Ben-Shem says.

The EVA resides on a circuit board that can be inserted into existing avionics systems. It features a virtual radar system, a virtual EW suite, a virtual operating environment, embedded ACMI, embedded collision avoidance technology, a mission-planning and rehearsal capability, and a mission-debriefing function. Instructors on the ground also can control each mission’s level of difficulty. “You don’t necessarily want a trainee to be in a very complex environment. That is why the system is adjustable to different levels. Will it be a real target via datalink or a virtual target? How many targets? And so on,” he explains.

For example, the datalink allows trainers to insert real-time simulation. Datalink-based operations provide additional training flexibility. “If the instructor sees that everyone is happy up there, he can introduce a new, more aggressive threat,” Ben-Shem observes.

The EVA card contains a detailed terrain database that enhances the training experience and provides a safety feature by allowing instructors to set operational restrictions for mission altitudes. In addition, the database can generate virtual air-to-ground radar or forward looking infrared (FLIR) sensors, and it provides an important safety feature for novice pilots by sounding midair collision avoidance and ground proximity alerts. Although these safety features were not the main reason for the development of the EVA, Ben-Shem notes that they are a key part of the package.

BVR patented the EVA technology in 1995, but the platforms were not ready at that time, Ben-Shem explains. “There were not that many trainers with smart displays that could plug in different input from different computers,” he says.

But advances in processing and graphics power, coupled with an emerging generation of trainers and combat aircraft with sophisticated plug-and-play avionics, presents a new market opportunity. The EVA system can be quickly slotted into most avionics systems with little or no configuration beyond some software modification. Ease of use and installation is a major marketing strategy for BVR, Ben-Shem explains. “We do not want to deal with the integration into the aircraft. We want to have a simple way into the platform,” he says.

An important advantage of the system is that it permits pilots to train with a variety of sophisticated systems while still in a trainer. Ben-Shem explains that, hypothetically, a cadet pilot may require about 200 flight hours in trainers and then another 250 or 300 hours in an operational jet to be combat-ready. When new pilots shift from a trainer to the combat platform, in addition to adjusting to the handling characteristics of the new aircraft, 30 to 40 percent of acclimation time is spent learning to operate avionics and electronic warfare systems, he estimates. A former Israeli Air Force F-15 pilot, Ben-Shem explains that trainees must master the art of controlling a fighter jet during combat maneuvers while receiving and responding to incoming data. “I think this is the most challenging part of the training because you are inside a platform that delivers a lot of information for you. If you are now dealing with flying the platform, then you don’t have enough attention to think about operating its systems,” he says.

If pilots already are familiar with a combat jet’s electronic systems, they could make the transition more easily. Ben-Shem suggests allowing cadets to spend more time in an advanced trainer learning to handle multiple tasks before transferring to the operational platform, and he believes that the EVA system can save air forces from 40 to 80 hours of operational training. Noting that the cost difference between training in an F-15 for an hour and an hour in a training aircraft is approximately $12,000, he claims that extending avionics instruction on an advanced trainer would save hundreds of thousands of dollars by reducing the time required for familiarization.

The EVA system has been installed on Aermacchi’s M-346 advanced jet trainers on a trial basis. Ben-Shem notes the M-346 has not yet been fielded, but it features the advanced glass cockpit capabilities with which BVR’s technologies were designed to interact.

The company has a partnership with Galileo Avionica, , which is providing the core avionics to the M-346. BVR supplies the EVA computer card that fits into the Galileo-manufactured avionics system. Ben-Shem adds that the firm is exploring other business opportunities because Galileo provides avionics to a variety of platforms. “The relationship is very successful because we are not stepping on each other’s feet,” he explains. Ben-Shem notes that if an avionics company were to introduce an embedded training system, the only way a firm like BVR could compete is by introducing a separate box to the aircraft, “because no one would let a competitor be embedded into his box. Or if he would, that would be very expensive,” he maintains.

Although helicopter operations are different than those of fast jets, airborne simulation technology also can be applied to helicopter flight training. BVR’s electronic warfare simulator currently is being used in several nations’ helicopter fleets. Ben-Shem explains that the military services using the in-flight electronic warfare simulator can save money because they do not need to maintain many dedicated training ranges.

The technology is attracting potential customers. Ben-Shem notes that the firm received a great deal of positive feedback at the recent Paris Air Show. Although the company has had the virtual training capability for some time, he explains that this is the first time that it has introduced a comprehensive suite of avionics. “We have more capabilities, and this was really a complete avionics suite for a trainer and not just an electronic warfare or radar simulation system. It’s everything, including a virtual environment,” he says.

Ben-Shem observes that three major world air forces have published qualification requests for their next-generation trainers, and they all require embedded training. “The market has matured. If you look at the platforms today—fighters, helicopters, everything—they are much easier to fly because it’s all computer-controlled fly by wire. But they [the systems] are much harder to operate,” he explains.

The next-generation trainers will fill the requirement gap by providing systems such as glass cockpits and different displays to prepare pilots for operational aircraft. As platforms become more advanced and feature smart displays and powerful onboard computers, integrating virtual training will become easier, he says

In the near future, Ben-Shem predicts that more simulation models will be adapted for the new generation of aircraft entering service. These simulations will not only include virtual radar or EW systems but also guided weapons. “If you have a FLIR sensor that knows how to acquire a target and launch a very precise missile at it, you can really have all that virtually,” he explains.

For example, the EVA card’s terrain database allows realistic simulations such as FLIR target illumination. Farther in the future, simulation technologies will merge into what he refers to as hybrid training. This concept allows a military to hold a full-scale exercise with both virtual and real participants linked in one network. This capability would facilitate a large but relatively inexpensive event, he observes.

One of BVR’s Asian clients already is operating a forerunner of this capability. The nation’s government has linked its air combat maneuvering instrumentation system to a BVR-produced naval combat simulator for warships, allowing it to conduct navy-air force training scenarios with virtual units. “You will have joint force training of navy, air force and army on one network. This will be a hybrid type of training, meaning that it will include real and virtual participants, and maybe even ground-based simulators will be part of the system,” he explains. 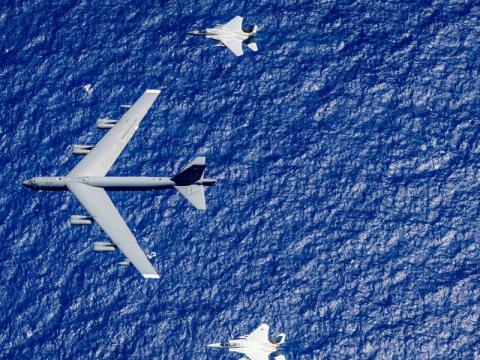 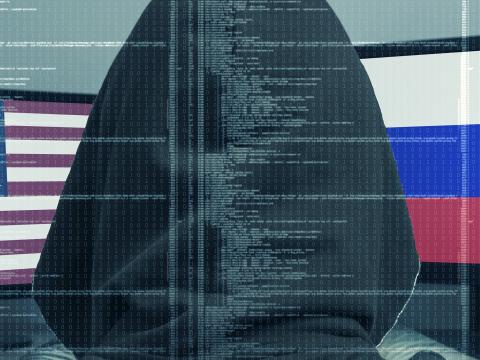 The country’s digital infrastructure is a glass house in global cyber opera...