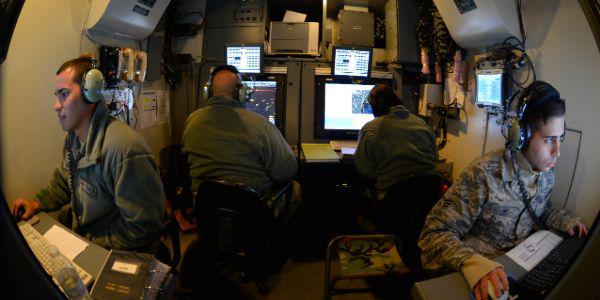 The center, which is known as the JTNC, supports the rapid identification, characterization, procurement, fielding and sustainment of communications products that ensure secure, interoperable and resilient command, control, communications, computer, intelligence, surveillance and reconnaissance capabilities​. It supports the Office of the Under Secretary of Defense for Acquisition, Technology and Logistics, the Defense Department chief information officer, and various service initiatives by providing technical expertise for waveform exportability and facilitating standardization of key waveform interfaces. The intent is to minimize duplication of waveform developments, increase wireless communications software reuse, promote effective information sharing and integrate command and control capabilities, according to the center’s website.

As part of its core duties, the JTNC maintains an information repository for military waveforms. It contains waveform software source code and supporting technical data, including all waveforms approved by the department’s Command, Control and Communications Leadership Board. Those waveforms and associated information are all available to others across the department, saving time and money for a wide array of programs.

“That is very important because the JTNC’s extreme value to the department is to make sure that waveform information is reusable for other government program contract activity,” says Kurt Reese, JTNC director. “This will allow speed-to-fleet initiatives to be provided but will also enable cost control over these new contracts that are using these products.”

Defense Department officials have found, however, that not all waveforms that should be included in the repository actually are. “A lot of the more popular waveforms, they’re working with us, the multi-services are working with us, but there is a long list of folks who have not followed the recommendation of putting that information into the information repository,” Reese reports. “There are a bunch of reasons why that is. Maybe it wasn’t planned. Maybe it wasn’t affordable. Maybe they just didn’t know how to follow the process at the time.”

Each waveform within the department has been assigned a sponsor. For major waveforms, such as Link 16, Tactical Targeting Network Technology (TTNT) and the Mobile User Objective System, the sponsoring organizations are well known, but that is not the case for all waveforms. “I would say most waveform sponsors don’t even know they’ve been assigned to a waveform,” Reese asserts, estimating that “probably two thirds of the waveforms that exist today” are not in the repository. “We’re working through that right now … to provide the top 10 listings of waveforms that should be following the process, and we’re going to hopefully reduce the number of waveforms that are noncompliant. The goal is to have the waveforms controlled by the government so that we can maintain interoperability.”

In recent years, the Defense Department chief information officer conducted what Reese referred to as a “waveform listing data call” and compiled a list of existing waveforms, information about the waveforms and assigned sponsors. But many of those sponsors may face challenges preventing their products from being included in the repository, which does carry some associated costs. “Not all waveforms are fully funded. Not all program offices have the resources to do what I would call inherently lead-service activities for the waveforms,” he states.

Additionally, he says, “Some of these waveforms have been around for a long time, and I would say they’re probably, from a Defense Department acquisition perspective, a bit stagnant. There’s probably not a chance of funding these activities.”

Reese stresses, however, that adding waveforms to the repository ultimately saves money for other programs. He cites small unmanned aerial systems and weapon systems as examples. “There’s clearly a demand signal for new terminals with new waveforms for certain technologies to go into those small form factor terminals,” he says.

JTNC officials encourage program managers or executive officers planning to develop waveform technology for a new contract to coordinate early with the JTNC if the waveform is intended for large-scale, multi-service use. “The goal is to ensure that the appropriate contract deliverables are in place in the contract to ensure that the waveform technology being developed can be reused for other service applications. This will allow capabilities to be delivered faster and much more affordably,” he says.

JTNC officials anticipate new potential waveforms to be developed for emerging markets such as unmanned aerial vehicles (UAVs) and weapons. It would be ideal for these types of efforts to be coordinated early with the JTNC to ensure value. The associated benefits of the information repository are well understood prior to these items being placed on contract.

He illustrates the challenge with an analogy. “You can just imagine if you’re a private consumer, and you’re buying remotes for TVs, and every TV had a different operating language, it would really be a mess in your house. That’s what we’re trying to avoid,” he explains. “We’re trying to make sure everybody has that common waveform, the common communications standards and associated interfaces. There’s a huge cost avoidance by doing that, but it also gives the department high confidence that we’re going to be interoperable when that system is fielded.”

The JTNC director also cites Link 16 and TTNT as examples to follow. The Link 16 tactical data link network is a NATO standard used by more than 50 countries on a wide variety of weapon systems, including fighters, bombers, ships, missiles and unmanned systems. While it has been around for a while, new terminals are still being built. The Link 16 waveform is in the information repository to maintain interoperability, he notes.

The center also is helping the Defense Department find waveforms resilient enough to offer a low probability of intercept and a low probability of detection. Part of the challenge, Reese reports, is that many of the waveforms and the information about them are proprietary and are not being included in the repository.

“What that’s going to result in is basically that technology being put on contract to a sole-source environment, and the application for other users, other types of terminals might be limited. So, one of our biggest goals is to try to work through the proprietary nature of our business and make sure it makes sense to program executive officers and program managers and all of the services,” the director offers.

Adding waveforms to the repository is not the JTNC’s only mission. With the explosion of cellphone usage, the Defense Department has to share or give up large portions of the spectrum it normally uses, and officials continue to wrestle with the best way to do that. “We’ve been asked to get involved with the dynamic spectrum sharing activity area. We’re reducing our spectrum, and the military systems have to have spectrum reallocation. We’re creating a sub working group to get involved with that,” Reese reports.

The JTNC evolved from the Joint Program Executive Office for the Joint Tactical Radio System. The goal was to develop a family of radios capable of communicating with a wide range of military and commercial radios. The JTNC, with a staff of about 65 full-time personnel, still occupies the same office space as the former joint program at Naval Base Point Loma in San Diego. “We are the remnants of that entire program executive office, so our folks are experts on software-defined radios, waveforms and associated networking technologies,” he says.

Reese, who took over as director about a year ago, indicates a desire to expand the center beyond its core functions. He expresses an eagerness to help warfighters solve their interoperability issues. “Our command is stretching. We’re stretching our folks as much as possible to make sure we over-serve and deliver on our core functions. More importantly, we’re stretching our folks with expertise on some of these growth areas,” he says. “There’s extreme value to be provided by the JTNC by focusing on joint warfighter information challenges associated with software-defined radios, waveforms and network products. If there is a demand signal out there impacting a warfighter, we try to raise our hands and stretch our resources to tackle that problem.”

AFRL researchers harness cold quantum and other emerging technologies for a...