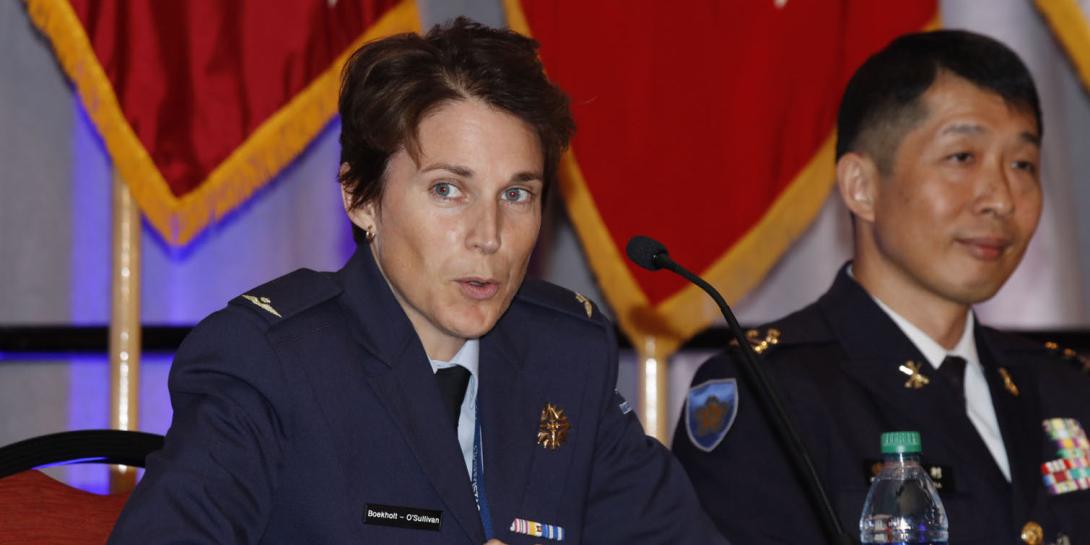 Members of an international panel of cyber experts recommend recruiting personnel some might consider misfits in the cyber realm.

Air Commodore Elanor Boekholt-O’Sullivan, Royal Netherlands Air Force, who leads the Defence Cyber Command in the Netherlands, suggested military leaders should make room for introverted cyber warriors—even those who are on the autism spectrum—and learn to lead them without changing them. Air Commodore Boekholt-O’Sullivan made the remarks while serving on an international panel on the first day of the AFCEA TechNet Augusta 2019 conference in Augusta, Georgia.

She began her presentation candidly discussing her own introverted personality and fear of public speaking. She later suggested that if tested, she might fall somewhere on the spectrum for autism. “Cyber is being called the new domain. To me, the only thing we can do wrong in this domain is try to squeeze it into the way we do things. It’s different kinds of people, different styles, different skills, less loud, maybe less clear and certainly less visible,” she said. “So, it does not only require new approaches, more technique, but it requires new language and new understanding.”

While most governments have difficulty recruiting cyber experts—in large part because they have to compete with industry, which can pay much more—Air Commodore Boekholt-O’Sullivan reported a 150 percent success rate. Her successful effort includes opening the door for people who are on the autism spectrum. “They are people who are not interested in earning the big bucks, but they want to have relevant work and a safe place to work. If you build an environment where they feel comfortable—so not on stage—they will stay,” she said. “What we have done is we are changing our criteria in order to fill up our workforce on the positions where that is, of course, possible.”

Air Commodore Elanor Buckholt-O'Sullivan, commander, Defense Cyber Command in the Netherlands, stresses the need to build an environment in which introverts with cyber expertise can thrive.#AFCEATechNet

She said she is in contact with special schools where autistic students attend high school. And she also reviews test scores for new military recruits. “These people are differently wired, meaning better wired for this domain. Whatever you do, don’t try to change them, and give them patterns. Giving them patterns, in the military should be music in our ears.”

Other panelists also suggested recruiting nontraditional cyber warriors. Col. Peter Hillermann, with the Bundeswehr Center for Software Expertise, indicated middle-aged career changers can be a good fit. “I got in the last four weeks three career changers in their 40s and 50s.” One, he added, has a Ph.D., while the other two are coming from industry but find working with the military more interesting.

Major Lior Lebed, with the Israeli Defense Forces, noted that Israel requires mandatory military service rather than relying on volunteers, but he said, recruits do not have to have prior experience in the cyber arena. “We want to be sure we pick the right people, who by the way, don’t have to have a computer background. We just want to have people who are capable of learning fast,” he said.