Space expert argues for a much greater intersection of industry solutions.
By Kimberly Underwood 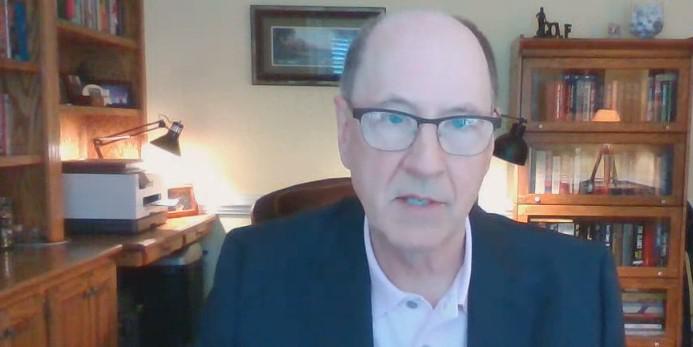 The differences in acquisition systems, the lack of effective communication and the uncertainties associated with the Congressional budgets all create real impediments to space innovation, says Gen. Bob Kehler, USAF (Ret.), of Kehler and Associates, speaking virtually during AFCEA International’s Partnering for Space Power in 2021 and Beyond event on April 13.

Before the explosion of the private sector’s low-earth orbit satellite constellations and commercial launch services, the divide between space-based capabilities used for national security purposes and solutions from the commercial sector was considerable. Technological investments by industry have created innovative and cost-effective solutions for the space domain, which can no longer be ignored by the Department of Defense, asserts Gen. Bob Kehler, USAF (Ret.), of Kehler and Associates.

“It is imperative that those two entities, national security space and commercial space, converge now,” said the former commander of Strategic Command and the Air Force Space Command, speaking at AFCEA International’s April 13 virtual event, Partnering for Space Power in 2021 and Beyond.

“Convergence is moving toward uniformity and partnership is cooperating to advance interests that are mutual,” Gen. Kehler explained. “I think there's a difference between talking about how we want a partnership between national security space and commercial space companies, and my assertion is what we really need is convergence.”

To achieve such a convergence, the DOD would have to “embrace commercial space as a full contributing member of the architecture,” he said. “And this requires I think the most important technical and cultural shift that that maybe we have ever seen.”

The intersection is necessary given the complex and uncertain national security environment in which “potential adversaries can reach out at global distances and touch the United States and our allies and partners very quickly, and if we're talking about cyberspace within seconds,” the general warned.

Spaced-based capabilities have to support a new way of conducting intelligence and operations, he continued. “Intelligence can no longer be about indications and warning, order of battle and targeting,” Gen. Kehler said. “Intelligence has to be about trends and anticipation.” Moreover, given adversarial capabilities, there is “less emphasis on fielding systems that can totally defeat threats and more on systems that can function in the face of the threat.”

It is no secret that the acquisition system is not as effective as it could be, the former commander said, emphasizing that the military has to improve processes and remove the barriers that stem from relying solely on requirements-based acquisition. The DOD needs to offer more entry points for corporate opportunities into the acquisition process, as well as for contracting of services.

Furthermore, the military does not always provide industry with the right language, the clearest insight or even the certainty to allow them to bring their best ideas or capabilities to the table, he said. The differences in acquisition systems, the lack of effective communication between DOD and industry and the uncertainties associated with the Congressional budgets and long-term commitments all create real impediments.

“There's a sense that the United States has fallen behind adversaries that are outpacing us and I think there is a pretty clear realization that the acquisition model doesn't yield the capabilities that keep up with either the threat or the pace of technology advance,” Gen. Kehler noted. “I think that that commercial space can bring incredible innovation and technological advances that are fueled by an opportunity-based and not a requirements-based acquisition process.”

And while the convergence of national security space and commercial space will not entirely solve all capability gaps, the general contended that “such a convergence makes a great contribution to solving them.” Without that convergence, the military will not get close to results that the leaders say they need.

“One only has to look at the endless stream of technological breakthroughs and the entrepreneurial spirit that produced them to recognize the benefits the commercial industry can make available to the Department of Defense and the national security space community,” Gen. Kehler stated. “I think those are significant capabilities that are faster and at lower costs than traditional government acquisition. Look at space launch for example, look at Earth observation, look at space-based communications. These are significant capabilities, and you can get them at lower costs than through traditional government acquisition. To meet the challenges of today and tomorrow is going to require us to partner with commercial providers of space and other capabilities routinely and effectively.

“We need to converge,” he said.