The Marines Look To Elevate Signals Intelligence and Electronic Warfare

The service is working to move these capabilities in direct support of warfighters.
By Kimberly Underwood 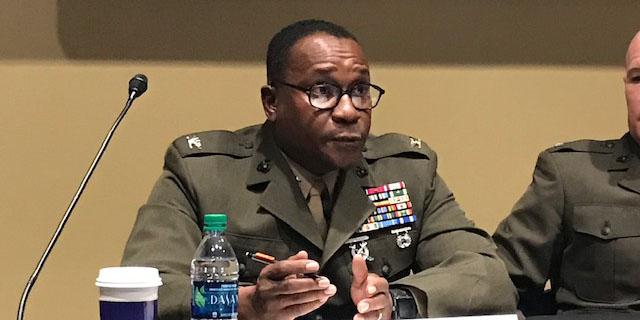 In an era of complex geopolitics of peer and near-peer adversaries racing to advance electronic warfare (EW), the U.S. Marine Corps, like the other services, is centering on improving its signals intelligence (SIGINT) and electronic warfare operations. The service is examining its training and how it integrates the capabilities into its battalions.

Opening the event was Rep. Paul Cook (R-CA), a retired Marine Corps Colonel who represents the state's 8th District, which includes the service’s Marine Corps Air Ground Combat Center and the Marine Air Ground Task Force Training Command at Twentynine Palms. He remembered a time when signals intelligence wasn’t even covered in basic training and at higher levels was something only discussed behind closed doors. Now, however, SIGINT and EW have to move more to the forefront, given the rising threats. “The world has changed and the biggest change I can see is anything that can make a difference on the battlefield, which has become so complex, is important, so what you bring to the table in terms of [SIGINT] is a game changer,” Rep. Cook said.

Jordan explained that the Marine Corps Intelligence Surveillance and Reconnaissance (ISR) enterprise’s electromagnetic spectrum support includes networks of coordinated reach-back cells that conduct signals intelligence and all-source analysis on behalf of forward deployed units. For this activity, the Marine Corps Cryptologic Office, located at Ft. Meade, Maryland, “is a critical enabler and coordinator for us to levy national capabilities on behalf of forward deployed elements,” he stated.

The Marines are in the process of updating their ISR Plan for the 2025-2030 timeframe, Jordan noted, and the service is putting more emphasis on tactical SIGINT as part of that plan. “[We are updating the plan] to reflect the advent of the Deputy Commandant for Information, the DCI, and the sweeping changes that have been made to the National Security Strategy, National Defense Strategy and some of our other guiding documents.”

To pursue unity of effort, the DCI, Lt. Gen. Lori Reynolds, USMC, created an Electromagnetic Spectrum Operations Community of Interest that includes representatives from across the operating forces, Jordan said. This group will be key in providing planning and policy support to forces conducting EW, SIGINT and tactical cyber operations across all the domains of the Marine Air-Ground Task Force (MAGTF).

Having that Electromagnetic Spectrum Operations Community of Interest will also help with the legalities of conducting those operations, Jordan added. “You can run into some concerns with separated Title 10 operations and Title 50, and so we’ll rely on the Marine Cryptologic Office to ensure that we stay in our lanes with regards to tactical EW operations and SIGINT systems.”

Col. Pugh, meanwhile, is looking at the “human aspect” of SIGINT, EW and offensive cyberspace operations, he said, with a focus on improving Marine Corps training. The service does have a solid foundation, created by former leaders: the 2600 Community, or SIGINT warfighters, which Col. Pugh described as “an embarrassment of riches. We are starting with a wealth of human capital.”

Going forward, however, the Marines need to change the way they train, including moving to billet-based training, offering a persistent learning environment supported by a cloud-based learning management system. Especially important is providing a training environment that simulates EW and SIGINT effects. “Without a two-way live fire exercise, how are we going prepare to fight our near-peer adversaries? There’s are a lot really interesting things that you can do in simulators, including tactical simulators, like flight simulators, except for 2600 Marines, where you can experience jamming, or you can jam and you can do offensive cyber all in a virtual environment," he said.

It is a challenge to relay the significance of digital warfare in relation to traditional kinetic weapons, Col. Pugh admitted. “Our most pressing concern is that commanders don't care,” he said. “So until commanders feel the pain, all of this is interesting [to them] and maybe one day it will be relevant, and so they grudgingly provide resources. But they don't understand the adversaries’ capabilities. They don't know what it feels like to operate in a GPS-denied environment or a PNT-denied environment and they don't know how apply electronic attack or offensive cyberspace operations and what the implications are for fire and maneuver.”

In order to address part of this, the Marines are trying out the concept of EW Red Teams. “It’s an aggressor squadron that would go out and just rash commanders,” Col. Pugh said. “We need somebody to come in [with an electronic attack] and just destroy [communications] to show, hey, if that felt bad, wait until somebody who really hates you tries that do it.”

Col. Burton, who handles program development, agreed with Jordan that the creation of the DCI would have the most impact on the Marines’ ability to advance the SIGINT mission within the service. Gen. Reynolds’ reorganization includes a move of the SIGINT/EW division out of its traditional place in Intelligence and into a new division that also includes cyber and other electronic warfare capabilities. The move also broadens EW, from a singular focus as a counter-improvised explosive device tool to a more widespread EW-focused mission, under an EW-based team.

“Generally what I see is a possible bifurcation of the capability where we continue to work the capability sets that are tied directly to the SIGINT production chain and the longstanding relationship with National Security Agency. There and a separate track for electronic warfare for activities that will be conducted at non-SCI levels,” Col. Burton explained. These activities would be in direct support of the maneuver element of the operational side of the MAGTF. 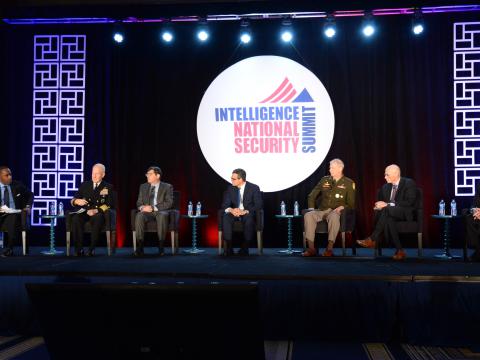 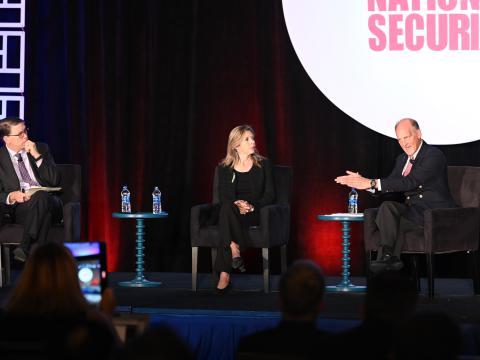 U.S. officials, in some ways, miscalculated in believing Russia would be st...