Risk to the U.S. military and the nation abound from direct and indirect weather impacts as well as from near-peer adversary actions.
By Kimberly Underwood 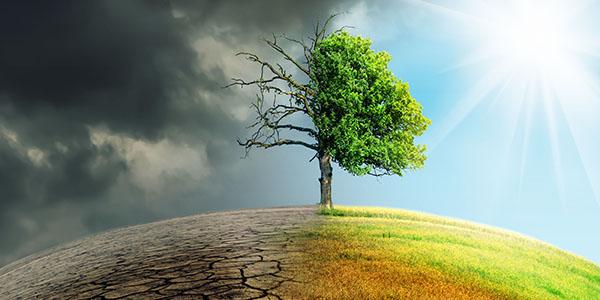 Leaders need to be aware of how climate change is affecting the United States and other nations, how countries will handle the impacts, and how that might change the geopolitics and power balance across the world. Already, near-peer adversaries, including China and Russia, are capitalizing on climate change, experts say.

For example, because of climate change, the Arctic has melting and thinning ice. For the intelligence community, strategic analysis of shifting routes, travel and operations in the Arctic Sea region is necessary, said David Titley, professor, International Affairs and professor, Practice, Department of Meteorology, and director, Center for Solutions to Weather and Climate Risk, Pennsylvania State University.

Dr. David Titley, professor @penn_state: For decades, there have been incentives in academia to try & overturn any notion that climate change is happening, but the more and more we research, what we understand is: we are warming due to greenhouse gasses #intelsummit20 pic.twitter.com/wH5vctbbzV

“As the Arctic continues to change, it is going to open up the what I call the ‘over the top route,’” Titley said. “And what’s going to be the most strategic, I think, are places like Dutch Harbor, Deep Water Point, which is near the existing Trans-Pacific shipping routes. But you can also look at both the Faroe Islands and Iceland, which can be a terminus and potentially a bridge.”

Russia, which is increasing its operations in the Arctic Sea, has 40 ice breaker vessels, many of which are nuclear powered, a big contrast to the United States’ infrastructure, said Goodman.

“We are absolutely under-capitalized in icebreakers,” she said. “We have an icebreaker gap, and not only that, but one of our two aging icebreakers had a fire onboard this summer, so the annual mission was cut short. And our icebreakers have to serve Antarctica as well as the Arctic because they provide assistance to the Antarctic science mission. There is a plan to ultimately build six new icebreakers and three medium vessels in the next five plus years, but we are still in a gap.”

Sherri Goodman @CntrClimSec & former DUSD for Environmental Security: Environmental degradation and security implications of climate change are now a higher priority in intel community and DOD, as leaders know no region of the world is immune #intelsummit20 @INSAlliance @AFCEA pic.twitter.com/PH76Qn5Pek

And while the Air Force released in July its first-ever Arctic strategy to expand the presence needed to deter missile and other threats in the high north, “we need to have more ability to operate at the surface,” she said. And that involves not only the U.S. Coast Guard but also the Navy's ability to operate. Titley also recommended that U.S. leaders also consider less costly “ice capable” vessels—like Finland has done.

China, meanwhile, is posturing itself to be able to not only survive climate change but also dominate in a world weakened by its impacts, Conger emphasized.

“I think if you look at China's behavior through a climate change lens, a lot more of their activities make more sense,” he stated. “Why are they going and trying to take advantage of the resources in the Arctic? Why are they exerting influence over the fish supplies in the South China Sea? Where are they exerting influence over food supplying nations in Africa? They are finding ways to ensure they're going to continue to have food and water and influence the region. And they are continuing to admit twice of our emissions, and we're not going to solve climate change without them reducing dramatically or us reducing dramatically.”

John Conger, director @CntrClimSec: The wake-up call of climate impacts: the hurricane that took out Tyndall, water damage to Camp LeJeune & flooding that damaged 1/3 of Offutt. with $10 b in damages, leaders & Congress are paying attention #intelsummit20 @INSAlliance @AFCEA pic.twitter.com/Wc92WVc8zI

“I often get asked why the military would even care about climate change in the first place,” he shared. “It is because it affects your mission today, that is your installations, your readiness and that is today's operations. Climate change is definitely affecting all of those aspects.”

Sikorsky advised the intelligence community to consider the interdependence of the world when conducting analysis about climate change. “Very rarely is a climate issue the sole driver behind a security threat,” she offered. “It is the intersection of climate with other developments and with other trends and issues that combine to increase the risks.”

When evaluating risks of climate change to national security, intelligence analysts should leverage the expertise across the U.S. government as well as accurately measure how countries manage climate risk, Sikorsky advised.

“We need to understand how to measure resilience in other countries,” she emphasized. “And as we've seen with the pandemic, it's not always material power that matters, but the tangible and intangible things related to adaptability, flexibility, the ability to absorb shocks, and it's those intangibles like trust, societal cohesion and history that I think will make all the difference for understanding which countries are better positioned to manage climate risks going forward. And so, we in the intelligence community need to understand and think about that.”

Action is needed to protect individuals and national security.
Image 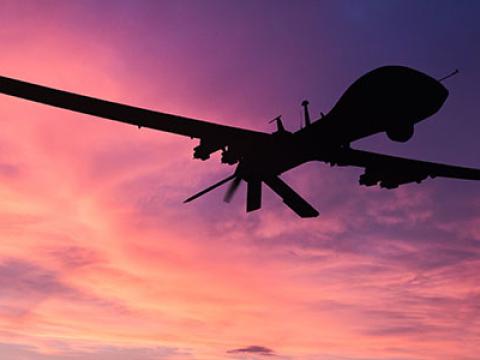 A joint effort is underway to equip collectors, analysts and processors.
Image 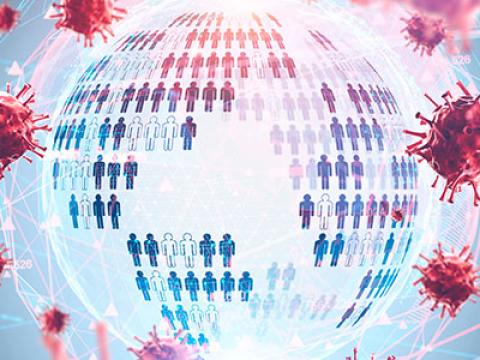 Firms that deal with the intelligence community have found new worker prior...