In With the New, Out With the Old for Navy Information Technology 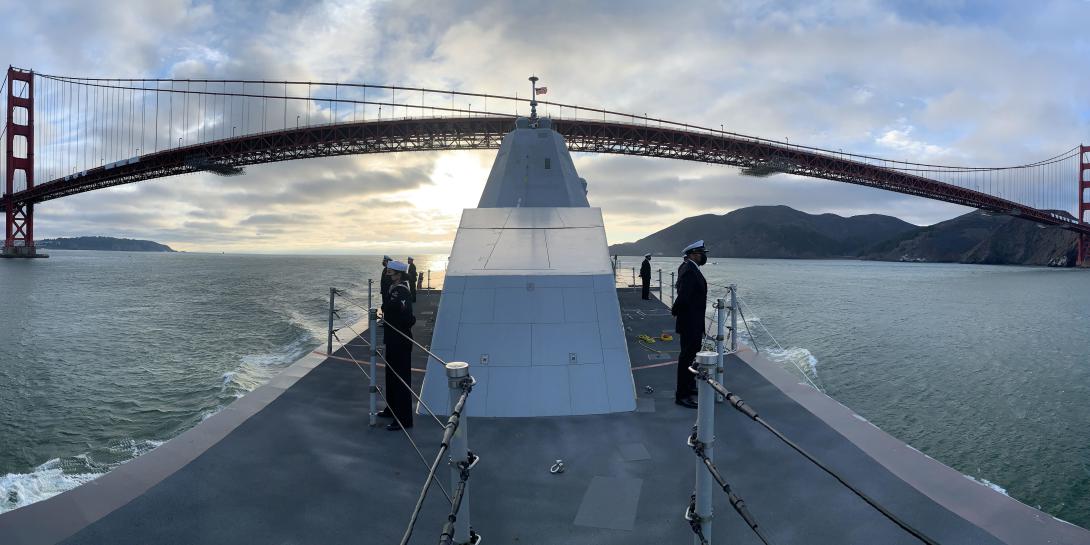 The USS Zumwalt, one of the Navy's most technologically advanced ships, transits the Golden Gate as it enters San Francisco Bay. The U.S. Navy is working with industry to speed new information technology capabilities into the service. Credit: U.S. Navy photo

The U.S. Navy is looking to quickly implement commercial information technologies while it concurrently conducts a cattle drive to rid itself of obsolete capabilities, said its chief information officer (CIO). Aaron Weis allowed that industry will play a key role in providing innovation in an outside the box approach that addresses serious shortcomings.

“We have an infrastructure that for the most part is not supporting the mission,” Weis said.

His remarks came at the AFCEA Northern Virginia Chapter’s Naval IT Day 2021, held October 7 in Crystal City, Virginia. Weis’s talk was enlarged upon by other speakers who followed his morning keynote address. He explained that the Navy faces several challenges in the face of a peer competitor that is countering the U.S. Navy in the Indo-Pacific region by stealing its designs, and it must move with speed to counter the challenge.

Weis identified three fundamental ideas articulated in the Navy’s information superiority vision from 2020. The first is to “dramatically up our game and modernize our infrastructure,” he declared. “We were woefully out of date and we were in a bad place from a cyber security perspective.”

The second is to drive innovation to achieve competitive advantage, he continued. The third fundamental is to do a better job of defending Navy information, which has not been the case historically, he charged.

The COVID pandemic actually helped jump-start that vision, Weis suggested. For example, telework grew exponentially as the capacity was quadrupled in a matter of weeks. Before the pandemic, the Navy would have about 13,000 teleworkers on any given day, he reported. “Almost overnight, that number went to 200,000, and the team sustained it,” he added.

The naval digital platform transformation architecture also has been injected into ongoing work as a result of a deliberate decision not to pause for its insertion. And, the Navy is rolling out identity and access management across the department as an enterprise service that leverages the cloud, he noted.

The Navy has started down the path toward 5G by trialing with industry at five different facilities, he noted. And, it is well on its way to implementing zero trust as a core principle to secure. “We were ordered to do that in the recent executive order from the president, but we were already doing it and the teams were already down the path and making way,” he stated, adding that he believes the Navy is leading the Defense Department in both endeavors.

Industry’s role will grow in importance as the Navy seeks its expertise in this modernization, Weis related. “What can industry do to help? One of the most important things [industry] can do is to continue to articulate the art of the possible,” he offered. “Tell us what good looks like.” He continued that people are hungry to understand that.

The Navy also needs solutions it can implement rapidly. “We need to engage collaboratively in solutions that can be implemented at speed, that don’t require us to boil the ocean on a multiyear requirements-gathering safari with a multiyear RFP that ends in an ocean boil and then attempting to get a solution out the door,” he stated. “We need to be able to come up with agile collaborative solutions that we can inject into our ongoing road map so we can deflect the course along the way.”

And the flip side of innovation is ridding the service of older and unnecessary capabilities. Weis cited Operation Cattle Drive as a vital component in this effort, saying that it represents an admission that the Navy is bad at turning off old systems. He pointed out that in a cattle drive, the hoofed animals come to an untimely end, and that is the goal for this operation.

While his office does not have a lot of powers, the DON CIO can de-authorize a system, which will remove it from the network. His office is hard at work identifying capabilities that can be submitted to the cattle drive. “We’ve identified more than $100 million annually … that will go away,” he added. This drive to retire legacy infrastructure will expand to include intelligence systems in the cattle drive, he offered. A program called Supernova already is instituting cattle-drive efforts for analytics systems, Weis noted. 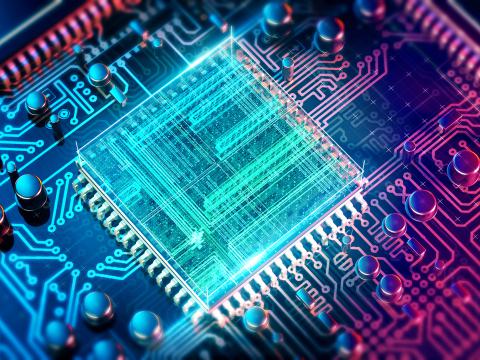 On Point: Q&A With Sky Sharma