The research agency is examining how to propel hypersonic weapon performance.
By Kimberly Underwood

After initial success with its Hypersonic Air-breathing Weapon Concept (HAWC), the Defense Advanced Research Projects Agency is moving to the next phase in its ever-important role of developing air-launched hypersonic missiles. Among other areas, DARPA will examine air-flow optimization, engine performance and thermodynamic considerations of hypersonic aircraft, including throttle considerations of the associated supersonic combustion ramjet engines, or scramjets.

In partnership with the U.S. Air Force over the last year or so, DARPA successfully saw the demonstration of two hypersonic missiles in free flight testing, with one vehicle from Raytheon and Northrop Grumman and another from Lockheed Martin and Aerojet Rocketdyne. The vendors were able to show the feasibility of an air-launched, hypersonic air-breathing missile and fly it at speeds greater than Mach 5, higher than 60,000 feet and farther than 300 nautical miles.

While source selection is underway to pick one of the vendor teams to build a prototype, DARPA will continue to advance hypersonic scramjet performance to be able go farther, faster or higher than that, explained Andrew “Tippy” Knoedler, program manager in DARPA’s Tactical Technology Office.  As with anything in the Department of Defense, the work hinges on funding from Congress, and legislators so far have failed to pass the Fiscal Year 2023 National Defense Authorization Act.

“As we move forward, we hope to expand the envelope that we have demonstrated already so that we're going farther, we're going hopefully faster in some cases—or just exploring our ability to go faster—and really seeing where the engine operates well within those constraints of altitude and speed,” Knoedler stated.

Knoedler, a U.S. Air Force colonel who retired from active duty in 2018 after 27 years of service and who worked on hypersonic weapons earlier in his career, saw firsthand the bust and boom cycles of previous hypersonic research efforts. The key now, he noted, is to avoid any more stop gaps in development—especially since the Air Force would not likely build a hypersonic attack cruise missile prototype for several years.

“That's still going to take a while since the Air Force is in their source selection period right now, and they have five years to deliver a prototype,” the program manager said. “Even with that, there could be a lull, so DARPA wants to take what we know right now and expand that learning. That’s the big picture. What we're trying to do is prevent another lull in the air-breathing hypersonic missile.”

As part of its continued efforts, under what is now being called MoHAWC, or more opportunities with the Hypersonic Air-breathing Weapon Concept, DARPA is delving into key pressure, temperature and vibration data provided by the successful HAWC tests. The agency is using that information, which was collected from either ground-based or airborne sensors as part of a traditional telemetry data acquisition system, to compare it to the agency’s modeling data.

Officials are also using the information to consider instrumentation placement of the standard pressure taps, thermocouples and accelerometers used to collect the data. Modifying the instrumentation setup could point to possible areas for hypersonic design improvements, Knoedler shared.

“We collected a lot of data in terms of pressure, temperatures, vibration levels, and with that knowledge, we'll be able to number one, figure out how well we did with our predictions,” he said. “And then two, figure out if we want to change that mixture of instrumentation or move maybe some of the locations within the vehicle so that we can really narrow down on some areas of interest that we found during the first couple of successful flights.”

A main research and development thrust in hypersonics is the intersection of laminar airflow—the smooth, uninterrupted flow of air over an aircraft in flight—and turbulent air around the hypersonic vehicle. Turbulent air affects flight performance, causing loss of lift and higher drag. To improve aerodynamics, researchers want to locate where on a hypersonic aircraft its air flow turns turbulent.

“One thing that's of interest to the whole hypersonic community is whether the airflow around the vehicle is laminar or turbulent, and where that transition actually occurs,” Knoedler explained. “If we can find or set up the instrumentation such that we can discover where that transition is, it might give us some insights into how we might change designs in future vehicles.”

Where the airflow turns from laminar to turbulent is also where temperatures may be the hottest, and at hypersonic speeds, thermal dynamics are an important consideration. At Mach 15, for example, the tip of a hypersonic vehicle might be 3,000 degrees Celsius.

“What it means for the design in very simple terms is where is the flow going to be hottest against the skin,” the program manager stated. “If we know that, we can change the design in terms of materials we use or the thickness of the materials to our advantage, to either make the vehicle lighter or do some other things.”

Given that the initial HAWC tests were meant only to prove feasibility, DARPA also wants to work on improving the performance of the air-breathing engine, fine-tuning the engine’s attitude.

“We designed the demonstration so that the engines would work,” Knoedler said. “We had a little bit of wind tunnel testing that showed how the engine would operate at different throttle settings. What we would like to do in the future is really work through the different throttle settings so that we know where the vehicle flies either at its best or most efficient attitude. … And the efficiency of the engine depending upon where it operates in the atmosphere.”

Another aspect of getting more operability out of the vehicle is to look at the hypersonic materials and manufacturing processes to gain incremental improvements, Knoedler continued. “Going forward, we're going to take a closer look at our manufacturing and our assembly processes,” he said. “We don't necessarily see that we are going to make any wholesale changes in the materials, but we might tweak the way we put things together or perhaps choose a different manufacturing process for certain parts of the vehicle.”

The agency included cost stipulations into the HAWC demonstration effort, requiring the vendors to balance performance, manufacturing materials and cost-effectiveness. DARPA will continue to look to available materials, the program manager emphasized.

“What we told them not to do is pick exotic materials that would be hard to get in the supply chain or hard to manufacture or do surface finishing,” Knoedler offered. “We don't want that hard stuff. We want to balance the performance with the materials and manufacturing processes that can be done now.” 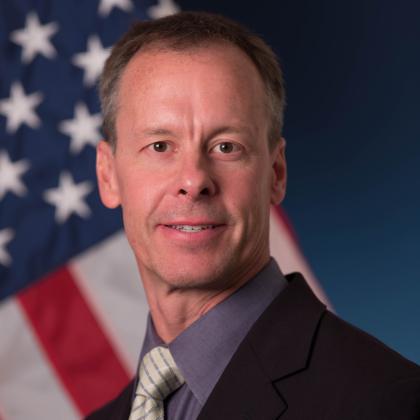 As we move forward, we hope to expand the envelope of what we have demonstrated already so that we're going farther, we're going hopefully faster in some cases—or just exploring our ability to go faster—and really seeing where the engine operates well within those constraints of altitude and speed.
Col. Andrew Knoedler, USAF (Ret.)
Program manager in DARPA’s Tactical Technology Office, overseeing the agency’s hypersonic air-breathing weapon efforts

And while it is common for automobile or jet engines to increase performance with fuel additives, DARPA is not quite ready to apply this principle, Knoedler noted. “We in the HAWC and now the MoHAWC program are not directly experimenting with fuel additives, although we know that a number of other programs at DARPA and the other services are taking a look at that, either to really increase the energy you may get out of a fuel or perhaps increase the fuel’s ability to accept heat,” he clarified. “We would certainly like to look at some of those things [in the future], but we aren't ready right now to put those in flight.”

In addition, DARPA is building out its modeling and development of hypersonics with an eye toward digital engineering but needs more data points to achieve that future state.

“We are slowly inching toward a digital twin,” he said. “The computational fluid dynamics, the finite element models and the engine modeling as well, each one of those could be considered a very basic twin, but we need a whole lot more data to anchor those models for us to really to consider it a digital twin, so we are not there yet. But the approach we are taking to feed our flight tests and our ground test data back into those models are certainly starting down that path.”

Also, DARPA is continuing with a related side project that involves aircraft integration algorithms to make it easier to bring abroad weapons systems, the program manager shared.

“When you think about what happens to a brand-new weapon when it comes online, every time you design it, you have to integrate it with the aircraft that it is released from,” Knoedler noted. “And usually, each aircraft has a different way to handle all the information that goes into the weapon so that means there is a separate effort for every aircraft to look at those integration algorithms. Now, there's things like the universal armament interface that has reduced some of the effort that goes into moving from aircraft to aircraft, but what we'd like to do is investigate ways to make that even easier and faster.”

Apart from having the Air Force take the lead on the HAWC project, Knoedler confirmed that DARPA is also speaking to the Navy about that service’s needs for hypersonic missiles, most likely a ship-based system.

“Certainly, all services would want to quickly go after targets that they feel are a threat,” he said. “It's just a matter of how you get there, how you launch the weapons and how you finally aim the vehicle when it gets there. There are a lot of similarities and a lot of differences between what each service wants out of a hypersonic weapon. We have certainly been talking to the Navy about their unique requirements for a hypersonic weapon.”

And while the two demonstration tests were groundbreaking, DARPA wants to see more information from hypersonic flights to build additional conclusions about vehicle performance and design improvements.

“We always want more data,” the program manager stated. “A couple of successes are great, but we would certainly like to see more information to help anchor those models. 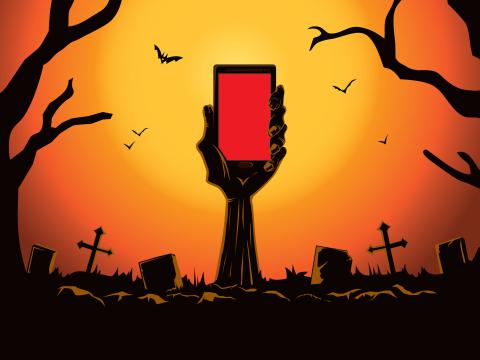