Several disciplines stand out, but they remain future goals.
By Robert K. Ackerman 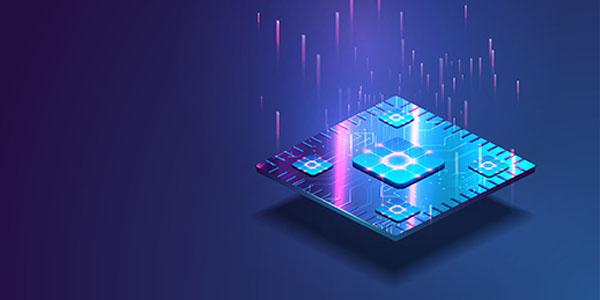 As researchers in multiple disciplines explore the untapped potential of quantum technologies, some distinct patterns of usage are emerging. With fully useful capabilities still several years off, experts are weighing the breakthroughs that may come. One key point is that the advanced applications that will come with quantum computing will define the state of the art in future years.

These points, especially as they apply to the intelligence community, were discussed in an AFCEA Intelligence Committee webinar on November 10. All the participating panelists have worked on a study of applications of quantum technologies for the Defense Science Board, and they offered their own individual perspectives based in part on that study.

According to the study, the three prime areas of quantum applicability are sensing, computing and communications. The most important is sensing, and the government is the leader in that area, said panelist John Manferdelli, senior research scientist at VMware. Right now, some prototypes “do the things you want,” he said, and being able to turn them into useful technology would solve a lot of problems.

Government agencies such as the National Security Agency have done significant work in quantum computing, he continued. A lot of progress has been made, but it is hard to know when quantum computing may be important—“it may never be,” he allowed. If a huge breakthrough emerges, it could allow a quantum computer to be built in five or 10 years, he allows.

For communications, the principal application will be building a distributed quantum computer, Manferdelli stated. A few other possible applications may emerge in the early years of development.

The government has done a lot of good work supporting research in quantum technologies, said Peter Weinberger, computer scientist at Google. Yet other countries are moving quickly in quantum research, and while the United States is in a good position compared to the others, it is hard to be optimistic about dominance in the field, he offered.

A large number of small startups have made strides in quantum research, and many have principal partners in academia, Weinberger reported. Some startups are working on the hard physical problems of bringing quantum technologies to the fore. Manferdelli stated that U.S. industry is the focal point for competence when it comes to integrating all aspects of quantum technology.

Joan Hoffman, program manager at Johns Hopkins University Applied Physics Laboratory, allowed that academia will be the source of breakthroughs and a driver for the growth of quantum engineering. This will be a multidisciplinary field featuring people who are skilled in other areas such as computer and materials sciences. She offered that imagination and conceptualization of what quantum engineering looks like will be the primary role of academia in the coming years.

Ultimately, application breakthroughs will be the drivers for quantum computing, Weinberger said. “When will it be that there is something we can do on a quantum computer that we basically cannot do at roughly equivalent cost on a regular computer?” When that is answered, it will be because of application breakthroughs. “Somebody has to have some ideas that don’t seem to have been carried out in practice yet,” he said. These applications may include quantum chemistry, he offered, but it remains to be determined who will pay for these intermediate steps.

“We don’t know yet what the early applications are going to be,” he continued. Cryptography is a focal point that has spurred quantum research, and it will have applications sooner rather than later. The Internet, which tends to be slow to change, should add in algorithms that can resist quantum computers now, he stated.