Robots Lighten the Load for Marines 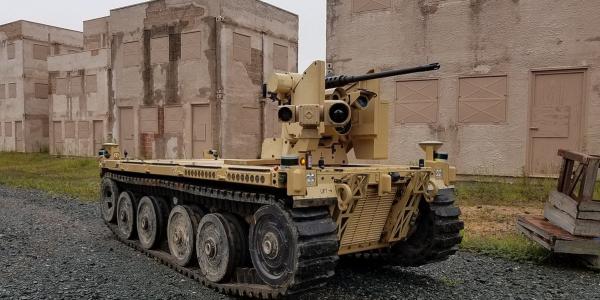 The novelty of a robot joining warfighters on the battlefield has worn off, and the U.S. Marines are settling in to make their use of autonomous systems more effective. The service cannot afford to have robots that hinder operations, an expert says.

The Science and Technology Division of the Marine Corps Warfighting Laboratory is considering robotic systems that lighten cognitive or physical burdens for Marines. Researchers are advancing robotic or autonomous machines not just for the infantry but for medical and logistics units as well.

“We are going after capabilities and identifying those capabilities that are going to be most desired in the future warfighting environment relevant to the mission and the unit that’s operating the unmanned systems,” says Jeff Tomczak, deputy director of the Science and Technology (S&T) Division of the Marine Corps Warfighting Laboratory.

For the medical corps, researchers at the lab are looking into how an autonomous system can enable warfighting evacuations, such as removing casualties in a chemical or biological attack or extracting downed pilots from a hostile location, Tomczak notes. Since a March integrated training exercise at Twentynine Palms, California, and with the U.S. Army, lab researchers have been experimenting with the Autonomous Aerial Cargo/Utility System, or AACUS.

AACUS, in development by the U.S. Navy for several years, uses an unmanned piloting system on a UH-1H “Huey” helicopter. Aurora Flight Sciences created the Tactical Autonomous Aerial Logistics System (TALOS) that controls, flies and lands the helicopter. “We’ve successfully used it in experimentation, moving equipment back and forth,” Tomczak shares.

In their work with the Army, lab researchers have seen a lot of “interest and energy” in doing casualty evacuations autonomously, he says. Robotic systems could offer advantages in complex evacuations.

“Today, if there’s a downed aircraft or an extraction that’s required, and you know there is a threat in the area, it raises a lot of questions,” Tomczak explains. “Do you send seven or eight people? Is that the right response to get the person out of there, or can I respond quicker with an autonomous system that can get in there, pull that person out and get them out of harm’s way? And then you’re not in a Black Hawk Down scenario where you lose your helicopter, seven Marines—and now you’ve complicated the situation of rescuing the downed pilot—and then having to send in more people to secure the zone where the helicopter is in rescue mode, putting all those soldiers and Marines in harm’s way.”

Ultimately, the Marines would like an autonomous flight system that works on any helicopter platform, according to the deputy director.

For the infantry, the focus has moved from autonomous aerial systems to ground, aquatic surface and subsurface systems. And as the lab expands the portfolio of robots for the Marines, it strives to support several infantry objectives, Tomczak clarifies. “We always want to increase situational awareness of the user. We want to lighten a Marine’s cognitive or physical burden, improve sustainment as well as facilitate movement and maneuvering,” he says.

Using a robot to figure out where warfighters need to go to avoid an enemy or a threat and reducing the physical burden are key efforts. “Probably one of the more important points is to facilitate movement and maneuver to protect the force,” Tomczak states. “By using these autonomous systems, there’s an added benefit of maybe I’m not having to send Marines into areas or along trails along routes to resupply for units that might be dangerous, given the different tactics the enemy’s using, like, say, IEDs.”

Here, again, the lab has to make sure that the robots or systems they are fielding are not a burden. If a robot comes along, a Marine has to carry tools to fix it, maintain it or control it. So the lab is looking at how to improve sustainment of robotic systems. “If we give them this capability and they have to babysit it, that’s a problem,” Tomczak says. “We want to create something that is additive to the mission.”

In field-testing robots, researchers from the lab have already seen how robotic systems can be distracting, akin to using a cellphone when driving, but with the potential for much greater peril. “We saw similar things with experimentation where the Marine, whom we would prefer to be heads-up looking for a threat, looking for the enemy, engaged in the mission, is going heads down into the tablet, heads down into the device that is used to command and control the robotic system. [This] literally takes some rain out of the fight, which we can’t afford to do,” Tomczak states.

And artificial intelligence (AI) capabilities are not fully developed to lessen the risks of having to manage robot command and control (C2) systems. “You’re going to want the system to operate on its own, and there’s a piece of artificial intelligence that I don’t think is there yet,” Tomczak says. The Warfighting Laboratory is working to design and build those C2 systems, inserting autonomy where applicable “so that it’s very easy to assign tasks, very easy to assign routes and directions,” he shares. “And we’re going to add in AI in the future so that the system can be a thinking system out there on the field.”

One key robotic system for the infantry is the Expeditionary Modular Autonomous Vehicle (EMAV). EMAV is a highly mobile, multipurpose unmanned ground vehicle with a payload capacity of 7,000 pounds. It is meant to provide tactical-scale infantry support at the platoon level and offers precise fires effects. EMAV also features a common controller for vehicle and payload C2 systems. It can be transported inside an MV-22 Osprey and provide exportable power.

“With our EMAV, it has full autonomy,” Tomczak says. “It can avoid obstacles. You can tell it, ‘Hey, I know where you are, and this is where I want you to go.’ And the EMAV will be at that location at a certain period of time, and you don’t have to watch it or follow it. We have a very high level of assurance based upon our experimentation that the system will get there and avoid any obstacles en route.”

Lab researchers made sure that the system was easy to use. “That’s the whole idea: that any Marine with very little training can task and utilize the EMAV’s capabilities,” he adds.

EMAV’s modular payload architecture across the VICTORY data bus—formally the Vehicle Integration for C4ISR/EW Interoperability initiative—is crucial, Tomczak ventures. It enables the integration of command, control, communications, computers, intelligence, surveillance and reconnaissance (C4ISR) and electronic warfare systems, other weapons, as well as platform systems such as lethality, automotive or power distribution. The architecture allows Marines to rapidly change payloads or weapons. “So that means we can put on one weapon system with a lot of ammo or a lot of different weapons systems with not so much ammo,” Tomczak says.

The VICTORY architecture also means that future industry innovations could be used on EMAV. “We expect that when we deal with industry or other organizations that they’d kind of use the guts of that tactical robotic controller, software and hardware that they build following the protocols that we’re using, so that we can find that common language, that common control that operates all of the different systems,” he says.

While Tomczak is pleased with EMAV’s common controller for the C2 system so far—“it works fairly well,” he says—he doesn’t like its size. “The fact that the Marine still has to carry a small backpack or put something else in his backpack that adds weight, to me, is a huge distraction,” Tomczak states. “If we are adding 5 pounds to what he’s already carrying, that’s not a good thing. We still need to do our homework in that area to where we can literally get things down to very little weight or where he can use the existing [C2] systems that he is already carrying.”

Onto EMAV, lab researchers have mounted the Army’s Common Remotely Operated Weapon Station (CROWS), which weaponizes the robotic platform, albeit with human decision-making.

“I need to emphasize that with weaponry, in everything we’re doing, there’s a man in the loop there,” Tomczak stresses. “We’re not enabling a robot to go downrange on its own and pick out targets and engage targets. We want somebody to provide a check and a balance. Everything we’re doing with weapons, it requires a human interface to make the choices.”

For the infantry, the general notion is that robots would be able to provide an unmanned first wave of assault. This approach would include aerial, ground, sea surface and subsurface robots, optimistically, with a universal controller that manages all systems—although that kind of capability has not been created yet.

“We know that is the direction we want to go and we’re going to have to go, and the mission will dictate what systems are going to be used,” Tomczak says.

The deputy director adds that the lab’s efforts on robotic and autonomous systems “are successfully moving the technological football down the playing field. We’ve scored points, touchdowns, but we’re not at the Super Bowl yet in regards to [robotic] capability development.” 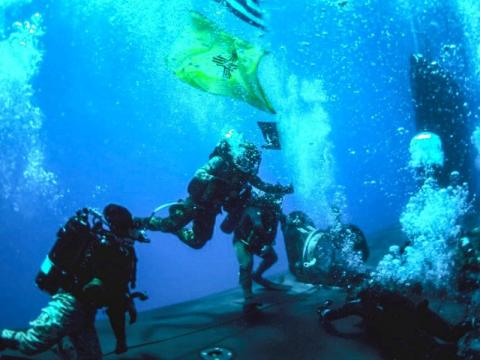 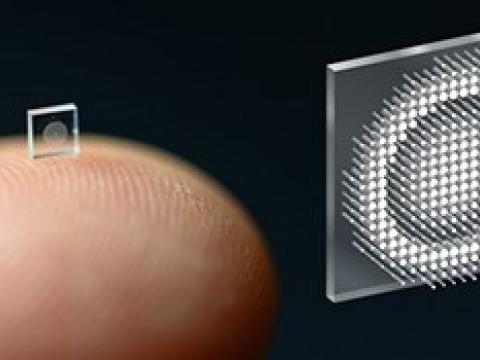 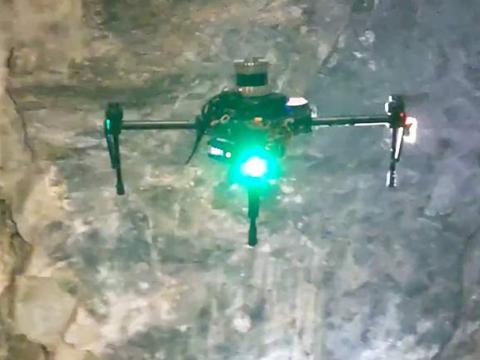 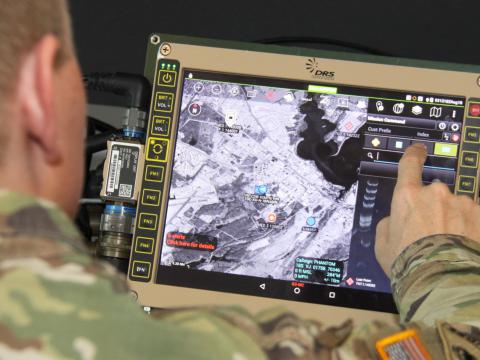