The U.S. Army’s plan for a unified network is central to having a chance against the lethality of our adversaries, leaders say.
By Kimberly Underwood 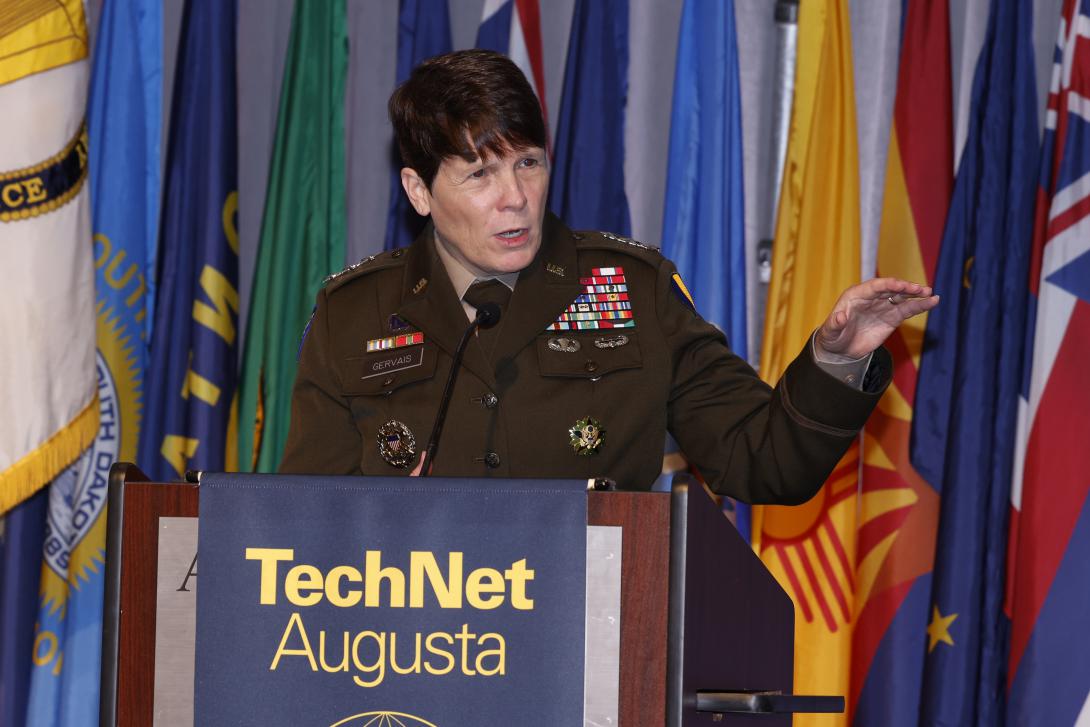 Given that the current operating environment represents “a significant challenge” to the U.S. Army, the joint force and U.S. allies, the service’s implementation of a unified network must succeed. The Army’s planned combined digital network and integration of weapons systems are meant to support multidomain operations on a joint and coalition force basis for land, sea, air, space and cyberspace.

“Designing and deploying a unified network, those are action words,” Maj. Gen. Paul Stanton, USA, commanding general, U.S. Army Cyber Center of Excellence and commanding general, Fort Gordon. “Lt. Gen. [John] Morrison, our G-6, and Dr. [Raj] Iyer, our chief information officer, have given us guidance and direction about what the unified network needs to be. Lt. Gen. [James] Rainey, the Army G-3, wrote it into an execution order, not a ‘stand around and wait’ order, but an execution order to start implementing, designing and deploying a unified network.”

We are designing & deploying a unified network. Our leaders have given us guidance and direction & we have issued an execution order to deploy it, not a stand around and wait order: MG Paul Stanton @USArmy
CG, Cyber Center of Excellence & Fort Gordon @cg_cyberforge #AFCEATechNet pic.twitter.com/jxydLSRIXz

“A unified network gives our force the ability to succeed in volatile, congested, contested environments,” Gen. Gervais emphasized. “In order to be successful on the battlefield of tomorrow, we must have a unified network that provides the joint force the ability to extend range and increase the speed of operations required for information and communication dominance.” 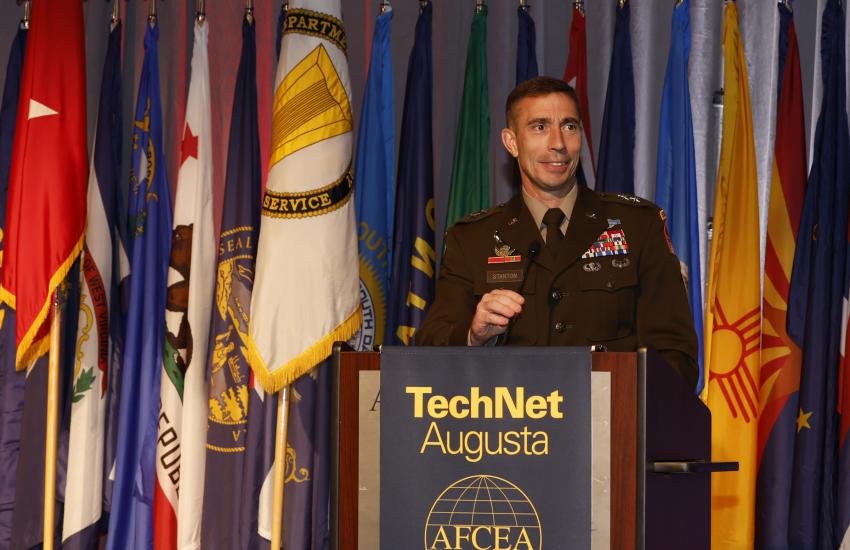 While China and Russia are pursuing standoff capabilities such as long-range missiles, hypersonic weapons and other advanced strike weapons, it is their understanding of other ways to target U.S. forces and our allies that also pose a grave threat. Electronic warfare (EW) and cyber attacks, especially when combined, put the heart of our operations at risk—our military’s digital networks; intelligence, surveillance and reconnaissance; and command and control (C2). The adversaries wish to not only separate the elements of the U.S. joint force but also disconnect us from our allies. The Army’s unified network needs to operate in such a complex and threatening environment.

“It is their ability to use electronic and cyber warfare to target our networks, our ability to sense, and most importantly our C2 apparatus, to prevent our ability to converge our own multidomain capabilities, [that] stands as a critical threat,” said Gen. Gervais.

China has created an entirely separate branch of its People’s Liberation Army Strategic Support Force to conduct EW, cyber and space operations more effectively. Russia, meanwhile, is demonstrating its capabilities in its unprovoked invasion of Ukraine, the general said.

Putin’s army has deployed three of its five EW brigades to Ukraine, which have been most effective in detecting Ukraine’s artillery positions based on radio transmissions.

“The conflict between Russia and Ukraine is rife with examples of how EW and cyber converge to forge a sophisticated new kind of fight, a fight for speed and relevancy, which targets everything from tactical forces in the field to their command and control networks all the way to national level targets,” Gen. Gervais emphasized. “Everything that we are seeing in Ukraine has implications for our unified network and almost certainly represents the type of threats we will see.”

Russia's invasion of Ukraine is rife with examples of how electronic warfare and cyber converge to forge a sophisticated new kind of fight, and its a fight of speed and relevancy: LTG Maria Gervais @USArmy @TradocDCG @TRADOC #TechNetAugusta pic.twitter.com/QmJOKNoEhT

In particular, Russia’s Leer-3 drone-based EW system, which combines jamming and unmanned aerial vehicles (UAVs) through its Orlan-10 UAV platform to disable cellular networks, has been pretty effective, the general reported. According to the U.S. Army Training and Doctrine Command, the system can become a virtual cellular station, enabling the Russian military to send phony communications and control devices.

In addition, Russia’s jamming of GPS signals along the line of contact with Ukraine in the eastern portion of the country is impacting Ukrainian operators. The adversary is relying on a short-range, very high-frequency/ultra high-frequency electronic attack system to prevent Ukrainian drones from accessing GPS signals. They are using more specialized systems to jam the radar of the Ukrainians’ most capable UAVs, the Turkish-made Bayraktar TB2 drones.

“[It is] to the point that one Ukrainian UAV operator stated the Russians are jamming everything their systems can reach,” she shared.

To mitigate some of the impact from Russian EW to its UAVs, Ukraine has migrated to SpaceX’s StarLink network to help control their UAVs and relay information to them. Ukraine also is employing certain technologies, and tactics, techniques and procedures to protect communications transmissions from being jammed. “Typical techniques have included using narrow-beam or low-power transmissions or advanced waveforms that are resistant to jamming,” Gen. Gervais noted.

Meanwhile, Russia’s EW hostilities are not only aimed at the military, Gen. Gervais continued. Russia is applying its GPS jamming techniques to “areas well outside the combat zone, ranging from Finland to the Black Sea to the point that a Finnish airline had to cancel flights due to Russian jamming efforts,” she warned. “And the EW is aimed at the Ukrainian civilian populace too. Television broadcasts have been interfered with, preventing a key mechanism for the Ukrainian government to stay engaged with its populace.”

Ukraine has multiplied its military force through the adroit use of savvy citizens armed with digital devices who quickly pass on information about Russia troop movements. “A notable success for Ukraine has been the convergence of its citizens equipped with smartphones and personal drones who collect information on Russian forces, pass them rapidly to Ukrainian intelligence for use by immediate targeting by Ukrainian fires,” Gen. Gervais explained. “It is this democratization of the speed and relevancy of the battle.”

If the United States attempted something like this, she said, it would not be as timely. “If we tried to do something like that, they would have to go all the way back to the National Geospatial-Intelligence Agency and that information would have to be compared to some level of data before we could ever target off that information,” the general observed. “So, I want you to think about that. When speed is of the essence, any delay could be the true measure between winning and losing.”

The fighting in Ukraine demonstrates the types of threat that the U.S. Army’s unified network will face in conflict with a peer or a near-peer adversary, she concluded. “The EW and cyber battlespace is why maintaining a unified network is so critically important,” Gen. Gervais stipulated. “The Ukrainian conflict also reveals an important aspect of both EW and cyber, that neither is dominant on its own. They work best when converged with other multidomain effects. 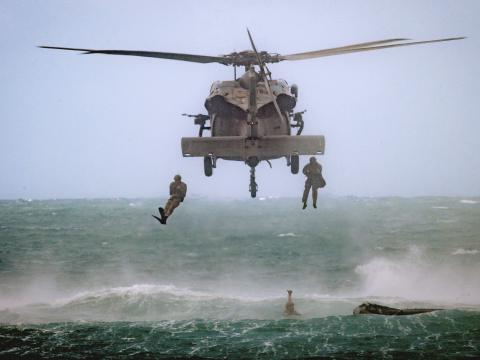 The command builds connections at home and abroad.