A powerful computer that generates thousands of radar signals is being used to test the electronic warfare suite on the F-22 Raptor. The device pushes the aircraft's countermeasure package to the breaking point, allowing engineers to locate, analyze and repair faults in the system prior to installation.
By Henry S. Kenyon

A powerful computer that generates thousands of radar signals is being used to test the electronic warfare suite on the F-22 Raptor. The device pushes the aircraft’s countermeasure package to the breaking point, allowing engineers to locate, analyze and repair faults in the system prior to installation.

The Raptor, the U.S. Air Force’s next-generation fighter, is designed to dominate all emerging aircraft threats well into the 21st century. An important feature of the F-22 is its advanced electronic warfare (EW) suite, the AN/ALR-94. Cutting-edge technology allows the fighter to detect, analyze, evaluate and react to the most current EW threats fielded by potential adversaries.

The aircraft will enter service at a time when there are no major global political blocs with their complementary families of equipment, radar and jamming systems. Even the poorest developing nations can access a variety of sophisticated weaponry from either the West or the former communist bloc. This mixed radar environment complicates the work of the EW system designer because radars formerly identified as friendly could be operated by potential aggressors. Over its expected operational life of 40 or more years, the Raptor’s EW package will have to protect the aircraft under constantly shifting threat conditions.

According to John J. Sciuto, chairman, president and chief executive officer of Comptek Research Incorporated, Buffalo, New York, his company has been involved with every phase of the AN/ALR-94 since its initial concept and validation phase in 1996. He believes it is the most sophisticated airborne EW system ever developed for an attack aircraft.

It was during the development process that Comptek designers realized how much power the computer would need to generate all of the scenarios and the signals of threat emitters to adequately test the system.

“When you test one of these systems, you try to take it to the point where you saturate or break it,” Sciuto explains. It took almost three years to deliver the project because of the complexity of the system involved, he adds.

The testing device, called the advanced dynamic radio frequency simulator (ADRS), is used on F-22 EW systems before they are installed in the aircraft. It is built around a supercomputer-class processing engine that contains nearly 40 gigabytes of high-speed memory, integrated to provide a total processing capability of more than 500,000 million instructions per second. This capability allows ADRS to generate the signals of more than 2,000 radar emitters simultaneously. Built from commercial off-the-shelf components, the simulator can be easily upgraded and maintained to meet changing threat profiles. Sciuto claims that ADRS is one of the 10 most powerful computers on the planet.

ADRS features a built-in scenario-generation capability that allows end-users to program in a variety of simulations. This is coupled with an up-to-date threat library provided by the U.S. government that contains data on every known radar signal currently in use. The scenarios consist of a variety of signals selected from the threat library that are fed into an F-22’s EW system. The simulator then measures how the system processed the scenario and the EW signals. ADRS can also analyze the effectiveness of specific functions within the aircraft’s countermeasures suite. Sciuto notes that the overall complexity of the EW system required a more complicated testing and measurement capability.

In the testing and development phase, the fighter’s EW system is tested to saturation—a point where there is too much data coming in to be analyzed. Once that level is identified, the goal is to modify and repair the weakness before the system is put into production, he says.

Comptek has built three simulators to support the F-22 program. Two were delivered to Lockheed Martin and a third is being installed for the Air Force in its electronic combat test laboratory at Edwards Air Force Base in California. This particular simulator will be modified to test the Raptor’s EW suite as well as those on several other aircraft, Sciuto notes. ADRS also could be used to test the Joint Strike Fighter’s (JSF’s) countermeasures suite. However, because the JSF has a different mission than the F-22, its EW system will also differ. Barring potential modifications to the hardware, any dissimilarity between systems should be minor enough to require only software changes in the simulator, he predicts.

Sciuto asserts that there is an art to writing computer code for EW suites. Designers must understand the environment in which the system will operate. For example, shipboard units must deal with radar reflections off the water and onboard interference from the constant operation of the ship’s own radars and communications gear. When a countermeasures system is being developed for an aircraft, the designers must understand the airborne environment. For example, radar and EW systems developed for aircraft operating at low altitudes have to cope with problems such as ground clutter, which is not a requirement in high-altitude platforms.

Sciuto maintains that advanced EW systems testing capabilities did not exist 15 years ago and that countermeasures suites built before then were made without the benefit of current measurement and analysis techniques. He notes that there have been complaints from within the EW systems development community that EW packages are not performing correctly. But this problem would not be identified if the technology did not already exist to test and look for deficiencies. “These systems are invaluable. Even if it costs $20 million to build a simulator to test the F-22, it’s worth every cent and more to make sure the thing is in fact doing what it’s [specified] out to do,” he says.

The added complexity of ADRS is necessary because the EW threat environment that the F-22 will operate in is considerably more complicated than the bipolar Cold War world. Unlike previous decades, where systems operated against a specific suite of Soviet designed radars and jammers, the current global situation can pit sets of potentially friendly equipment against each other. During the Cold War, EW and threat library design was much simpler, Sciuto says. However, now it is possible to encounter a hostile F-4 Phantom of U.S. manufacture that is equipped with an APQ-72 radar. In the past, a system would identify the F-4’s APQ-72 as being friendly and move on to the next threat, he explains.

“Today you can’t do that,” Sciuto observes. “Now you have to be able to actually distinguish a friendly F-4 from a potentially hostile one because the bad guys have the same equipment. It really has complicated the EW world immensely, and therefore it equally complicates the simulator business.”

Modern countermeasures systems must be able to identify differences in similar systems that might distinguish friend from foe. One example is the distinction between properly and improperly tuned radar systems. The United States and most developed world military organizations keep all of their equipment in top operating form at all times. This is not a common practice in some parts of the world.

“One of the discriminating factors when dealing with Third World countries is that they do not do that [tune their radars]. For example, the pulse train coming from a French-made Mirage jet operated by a Third World nation will not look the same. If that same radar was on a U.S. platform, those peaks would be sharper, clearer and spaced correctly,” Sciuto observes.

Once these differences are understood, EW systems can be programmed to discern them and other similar triggers. Sciuto believes two lessons were learned from the Gulf War: Though developing nations may have access to the best equipment available, they often do not train their personnel on how to use it at peak efficiency, and those systems also are not maintained at maximum operating ability, he says.

The nations that supply arms and equipment to much of the world are also continually upgrading and developing new radars that are less susceptible to jamming. The French, Israelis, Germans and British have been very active in developing new, more sophisticated systems, Sciuto notes.

Intelligence also plays a role in good EW capabilities. When the U.S. military deploys into a potential threat area, the units are provided with the latest information on the enemy’s order of battle, including the electronic order of battle. Sciuto explains that current EW systems are designed with online and offline libraries of signal data. However, when a force moves into a specific theater of operation, its online threat library is reprogrammed to minimize the time lost from sorting through the library. “While the system has a vast capability, it is condensed to the specific theater of operation,” he says.

As the F-22 program grows, Sciuto believes there may be a possibility for selling the ADRS overseas. While Comptek has never sold anything as complex as the F-22 EW simulator internationally, it has sold many other types of EW testing systems to Germany, France, the United Kingdom, Australia, Singapore, Taiwan and Japan. Although these countries buy the systems, the threat libraries are not included in the sale. Only the software is provided so users can enter their own threat data, he notes. 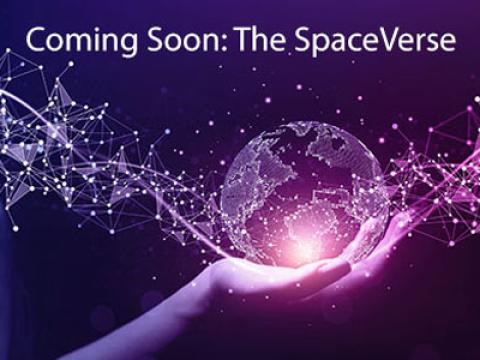 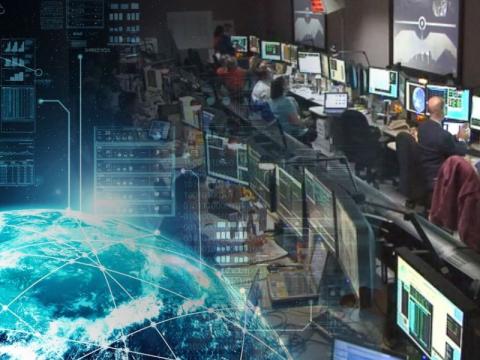