The Army transforms its Software Engineering Center.
By George I. Seffers 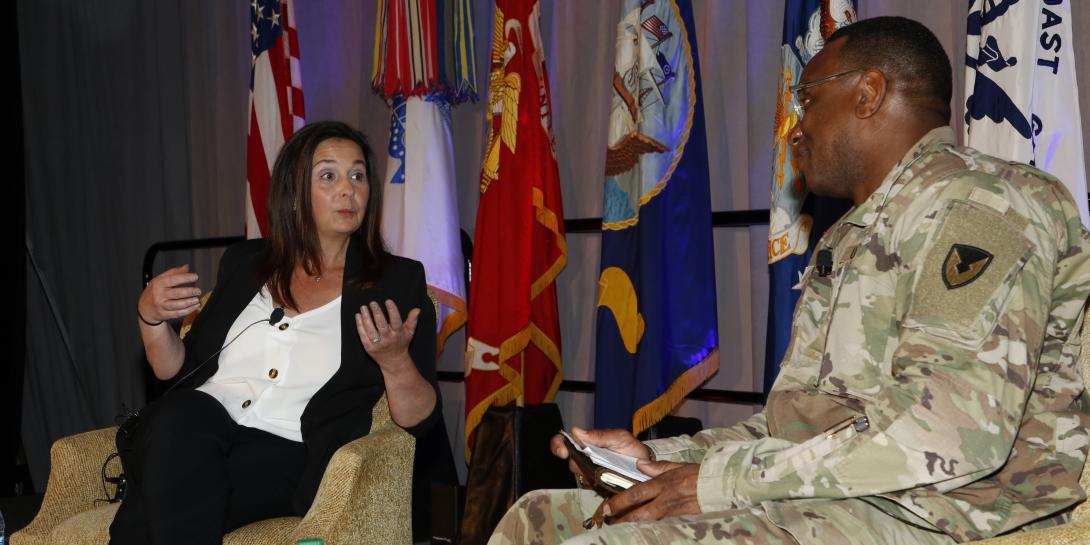 Just a few years ago, the U.S. Army was sending compact discs with software updates through the mail, a process that could take weeks or even months in some cases, but its software sustainment efforts have improved dramatically and continues to do so, according to Jennifer Swanson, director, Software Engineering Center (SEC), Army Communications-Electronics Command (CECOM).

She described the SEC’s processes four years ago as “antiquated” but said the organization is now “leading innovation to software systems throughout the Army.” She acknowledged wanting to counter the impression that sustainment is where software systems go to die. “Software is not static. Software drives everything. Everything out there is driven by software, so if we don’t keep up with it and keep up with the software trends, we’re not serving the Army properly,” she said.

The SEC focuses on supporting warfighters and enabling operations in the field, but until recently the organization was distributing software by mailing CDs and hard drives and other forms of media. That software would take weeks or months to reach its destination and units didn’t always know what to do with it, so rather than update their systems, they allowed hundreds of CDs to pile up, unused.

Because systems were not being updated, they were vulnerable. “Things get hacked, so it’s very important to maintain that cyber posture. We certainly were not setting them up for success by the pony express method of sending software,” she said.

The organization has created an online software repository that went live about a year ago and has created a number of pilot programs with various units to build out the tactics, techniques and procedures and updating the repository based on unit feedback. “Right now, some units have a 95 percent usability score, which I’m pretty happy with because we continue to update and make it as easy as possible,” Swanson said, adding that the SEC sees an average of about 3,500 downloads per month.

Swanson intends to take advantage of the Army’s cloud computing capabilities for the next version of the repository and will begin piloting that effort very soon.

Following the SolarWinds breach, she said, the organization received the company’s patch and then within 24 hours tested and packaged the system and made it available. “We were able to put it right up on the [repository], and we were watching units download it, which was really cool because we’d never had that insight before.”

Automation has played a key role in the SEC’s transformation. “We automated everything. We used to do everything manually. We would test manually. We had people pushing buttons. It would take weeks,” she said. “We’ve automated almost all of our test beds at this point. That has been a huge timesaver. We have been able to take some of those people who used to push buttons and reskill them for other things.”

Automation can conduct testing at night after employees go home, she noted. Additionally, it improves software quality because computers make fewer mistakes than people do.

The SEC also has automated cyber efforts and had taken advantage of rapid software development processes known as DevSecOps. “It allows you to build these automated pipelines. We are able to really drop code in. It goes through the automated pipeline, and it comes out much faster. We’ve been able to deliver 50 percent more capability in about half the time.”

Jennifer Swanson, director, Software Engineering Center (SEC), CECOM: We have to be careful with tactical networks because we don't know what people are doing. Has anybody received an automated update and all of a sudden your computer reboots? I have. #AFCEATechNet

Asked whether the SEC could automatically push patches or updates to users, Swanson warned they have to be careful with tactical networks. “We don’t know what users are doing. Has anybody been sitting at their desk and had a patch pushed and all of a sudden their computer reboots? I mean, I definitely have. Everybody has. We can’t do that,” she said.