The addition of two new squadrons to the existing Delta will expand crucial space situational awareness capabilities for the military.
By Kimberly Underwood 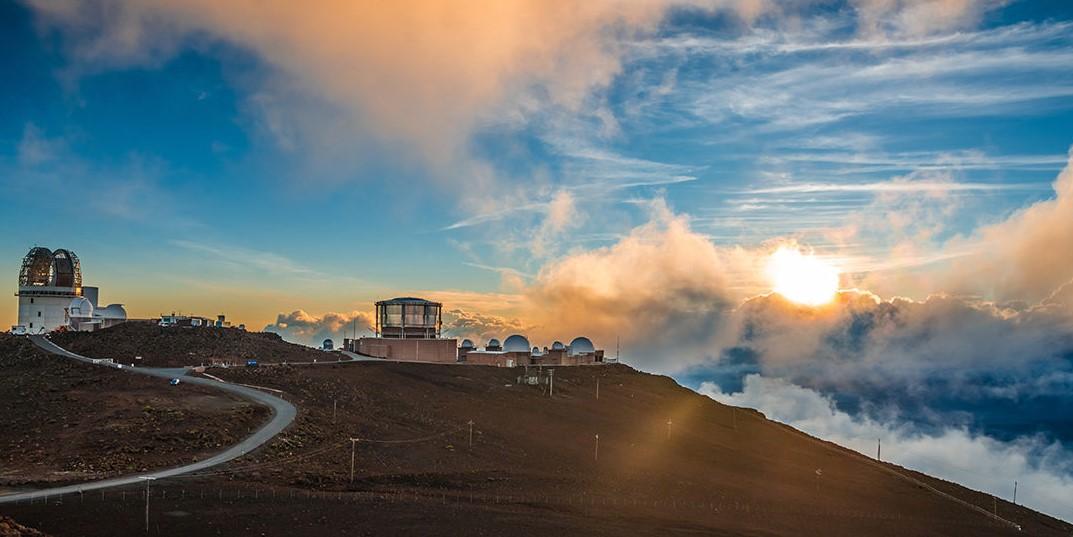 In late May or June, the U.S. Space Force’s Space Delta 2 is standing up another new squadron, the 15th Space Surveillance Squadron, which will uniquely conduct traditional space domain awareness operations at the Ground-Based Electro-Optical Deep Space Surveillance (GEODSS) system that sits at 10,000 feet atop Maui’s Mt. Haleakalā, as well as perform cutting-edge research and development. Photo courtesy of Bike Maui @bikingMaui

The U.S. Space Force’s Space Delta 2 has been working over the last year or so to revamp itself in preparation for providing enhanced space domain awareness. The Delta, which is headquartered at Peterson Space Force Base, Colorado, with space domain awareness functions at Vandenberg Space Force Base, California; Eglin Air Force Base, Florida; Kirtland Air Force Base, New Mexico; Maui, Hawaii; Huntsville, Alabama; and the Naval Support Facility in Dahlgren, Virginia; is now comprised of four squadrons, up from two. Space Delta 2 directly supports the service’s Space Operations Command, or SPoC, and it also has other teams that support operations across the globe in Australia, Greenland, Diego Garcia and the Kwajalein Atoll in the Marshall Islands.

One of its inaugural squadrons, the 19th Squadron at Dahlgren, which is now called the 19th Space Defense Squadron, will conduct the new function of domain awareness for cislunar space, an important view of space beyond geosynchronous orbit, Col. Marc Brock, USSF, commander of Space Delta 2 explained to SIGNAL Magazine.

“Right now, we do a very good job of identifying objects that are from the GEO [geosynchronous] regime,” Col. Brock observed. “Cislunar, or XGEO, that is the space beyond the geosynchronous orbit. For the objects that are there, their orbitology is governed by a more complex set of science because the moon and the Earth are really influencing the orbital mechanics, and so, it's a harder problem set. And it's a much larger volume of space. There are opportunities for both our allies, the United States and other nations to utilize that space, and we've got to make sure that we are surveilling and identifying both friendly and unfriendly objects in cislunar. And that is the role that we are giving to the 19th.”

The 19th Space Defense Squadron also pulls in a former detachment from the delta’s legacy 18th Space Control Squadron at Vandenberg that performs space flight safety. “The unit itself is going to go from being a detachment underneath the squadron to being a squadron of Delta 2,” the colonel stated. “That unit traditionally had been a backup for the team of the 18th out of Vandenburg. Moving forward, they are going to continue that mission but will be given some of the additional challenges in the space domain.”

Another new squadron, the 15th Space Surveillance Squadron in Maui, will have the unique construct of conducting both traditional operations as well as cutting-edge research and development, to push advances into operations as quickly as possible. Their unique working environment will require “great teamwork” between the Air Force, the Space Force, the Air Force Research Lab and the Space Delta 2 operators, Col. Brock noted. The Space Force is standing up that squadron in late May or early June.

The 15th Space Surveillance Squadron will also include operators of the Ground-Based Electro-Optical Deep Space Surveillance (GEODSS) system that sits at 10,000 feet atop Maui’s Mt. Haleakalā. That operational telescope is one of three that the squadron will operate—the other two are in Socorro, New Mexico, just south of Kirtland Air Force Base and on the island of Diego Garcia.

“That's not just assets that we control within our delta,” the commander clarifies. “That's also missile warning radar that fall under the purview of Space Delta 4 and some other assets like MIT [Massachusetts Institute of Technology] Lincoln Labs. The Army also has some SDA [space domain awareness] assets out at Kwajalein Atoll. Our squadron provides the tasking for those sensors and also maintains what's called the object catalog of all the objects in the domain. Their primary responsibility is to provide situational awareness to senior leadership as to where things are in the space domain at any given time.”

In addition, the existing 20th Space Control Squadron is being revamped as the 20th Space Surveillance Squadron. The unit’s Guardians at Eglin operate the Eglin Radar as well as the new—and powerful—space fence radar capability housed at Kwajalein Atoll.

“Our capabilities have grown considerably,” the commander notes. “The space fence out of Kwajalein has an ability to track very small objects, and that we've been unable to do before. We're really at a point where there's been so much investment by the service to improve our space domain awareness both from a C2 [command and control] perspective but also from a sensor [perspective].”

The moniker changes of the two legacy squadrons are meant to emphasize the importance of the Space Delta 2’s expanded missions of space surveillance and awareness, the commander clarifies.

“It's a fundamental shift in our industry,” he notes. “For years we have been focused only on that congested domain, providing a catalog of where objects are in space, supporting spaceflight safety, providing warning when objects are going to re-enter the atmosphere, we do that.”