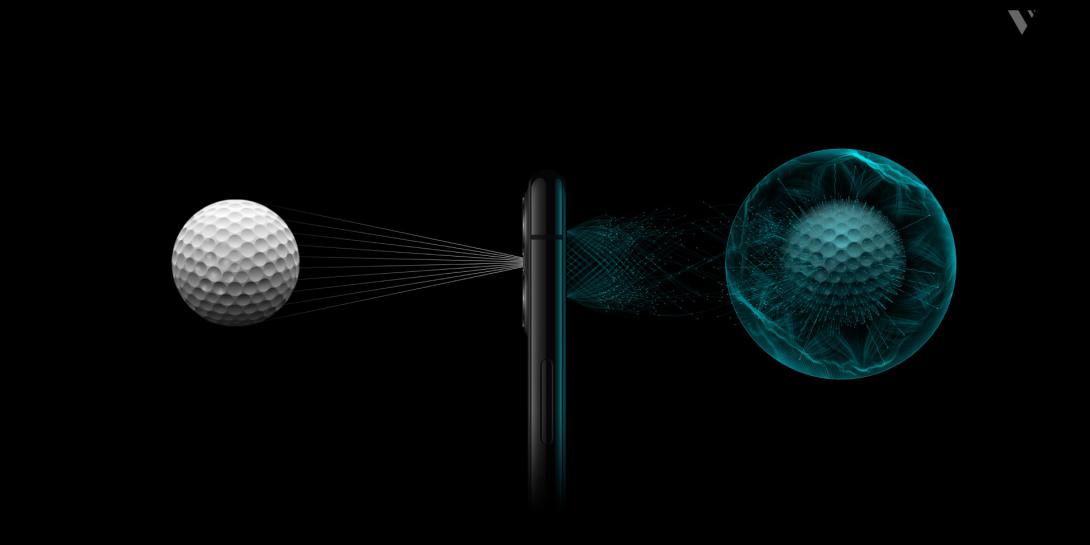 The new technology from Veracity Protocol, called Physical Code, provides authentication of a physical object, based on the object's material structure using a cellphone camera. "It is a new standard of trust for physical objects," says the company's founder Jakub Krcmar.

A group of entrepreneurs presented their nascent products and discoveries during a virtual pitch meeting on April 8 held as part of Starburst Aerospace Accelerator’s latest Selection Committee event. Headquartered in Paris, Starburst's U.S. team brought in 10 hopeful companies, all vying for partnership agreements, venture capitalist funding and a chance to join Starburst's Accelerator Program. The event pairs the startups with potentially interested corporations, investors and government agencies. The startups’ prospective products, which range in level of technical readiness, cut across all aspects of aerospace, from power generation to launch platforms, satellite-enabled connectivity and autonomous aerial vehicles.

Boston-based Fortify, a digital additive manufacturing company, specializes in the use of composites and high-performance materials in 3D printing. The company’s patented magnetic manufacturing process, known as Digital Composite Manufacturing Fluxprint, employs continuous mixing, magnetics and digital light processing to create advanced composite products. “We can take a neat resin and double a product’s strength with additives,” Founder Josh Martin stated. According to the company, “as a part is additively manufactured, fibers are magnetically aligned voxel by voxel to optimize the microstructure.”

Fortify is also launching the use of materials with tunable electromagnetic properties. These radio frequency and microwave device materials are meant for high frequency communications, including products that can replace traditional phased array base stations or for millimeter wave high frequency antennas. The company also is using their manufacturing platform with ceramic matrix composites. Other products include high temperature water-resistant pump and vales, and rocket nozzles. The company has the ability to deliver products in about a tenth of the time, Martin said.

Learning from the Ebola crisis in Africa and seeing how connectivity was a problem, space entrepreneur Charles Miller considered how to connect a satellite to a standard mobile phone. The resulting endeavor was Lynk, a unique communications company specializing in so-called “everywhere connectivity.” Lynk’s capability would be offered by mobile network operators—such as AT&T, Vodafone, T-Mobile—as an added roaming service to their cellphone customers. For the satellite capability, Lynk has conducted four tests in space, including one currently with the International Space Station. “Today if you want universal connectivity you have to have two devices,” Miller states. “We’ve invented a way for your mobile phone to be connected everywhere without any change to the phone… and stay connected no matter what happens.”

Developed over the last ten years, T-Worx’s advanced software and hardware platform for small arms weapons called the Intelligent-Rail, or I-Rail, connects a soldier’s weapon to radio and tactical battlefield networks on up to the command level, boosting a warfighter’s situational awareness, lethality and safety, explained Rick Sterrett, founder, T-Worx. I-Rail is a smart power and Android-based network attachment on the barrel that employs a sealed, ruggedized printed circuit board; artificial intelligence; real-time data and a disposable battery that moves the power weight off of the front of the weapon. The capability, which also includes a family of accessories, greatly improves upon the functionality of weapons designed in the Vietnam era. “Very few small arms weapons users had the ability to network with each other or other applications,” Sterrett said.

The North Atlantic Treaty Organization selected I-Rail to be the NATO standard (STANAG 4740) for powered rail technology. And with the U.S. Army, the company is venturing to be a supplier in the service’s Next Generation Squad Weapons (NGSW) program. According to the company, “I-Rail is the only existing platform that meets all of the Army’s Picatinny Smart Rail requirements.” T-Worx is participating in Starburst Accelerator to raise operating capital to scale up to Army needs and secure growth capital to pursue NATO and law enforcement markets, Sterrett said.

Philadelphia-based Asylon is presenting a comprehensive automated aerial security platform, through their DroneCore and Drone IQ products. The platform is designed to automate drone-based physical security monitoring all the way through to the back end, according to Michael Quiroga, chief revenue officer. “DroneCore aims to help customers protect their perimeters at a nearly 50 percent target savings compared to traditional methodologies, while increasing security and safety capabilities,” Quiroga said. The advanced robotics, aviation and artificial intelligence capabilities on the payload-agnostic platform provide integrated security analytics, enable preprogrammed autonomous missions, alarm response to third-party sensors and manual command and control missions.

Joining the race to the skies, Skyways is offering an aircraft that is a cross between a helicopter and a small plane. The aircraft has an 18-foot wingspan and can carry 50 lbs of cargo over a 250-mile range. The unmanned aircraft has fully autonomous cargo operations and navigation systems, employs ground and air collision avoidance through artificial intelligence and uses computer-vision-based precision landing. With its vertical takeoff and landing capability, no runway is needed, said Charles Acknin, founder, Skyways. “It has the brain of a UAV [unmanned aerial vehicle],” Acknin stated. “We are approaching this problem from a software angle to build a 100 percent automated solution.” The three-year old startup is first pursuing the oil and gas industry, which is an ideal application of the aircraft to fly to their offshore oil and gas platforms in the Gulf of Mexico. The company has sold vehicles to U.S. Marine Corps and has secured an other transaction authority contract, or OTA, with the U.S. Navy. So far, Skyways has built 23 autonomous aircraft, completed 910 test flights, transported 2,420 lbs of cargo across 1,860 miles, Acknin noted.

HyperJet Fusion is developing clean, safe baseload power for use on earth and in space, in the form of advanced plasma guns and rail guns. The Chantilly, Virginia-based company, which has partnered with Los Alamos National Lab since 2009, also has funding from the Department of Energy (DOE), DOE’s Advanced Research Projects Agency-Energy (ARPA-E) and NASA. With Los Alamos, HyperJet began its development of plasma guns as part of a fusion energy experiment. The company’s hypervelocity rail guns are scalable and are adaptable for spacecraft propulsion and power, Chris Faranetta, HyperJet's vice president, said.

New York City-based Launcher is creating a three-stage, space launch vehicle meant to deliver small satellites into orbit. Launcher’s rocket is 15 meters long and 1.1 meters in diameter, and can carry a payload capacity of 150 kilograms (kg) up to low-earth orbit. Their engine technology has a 98 percent combustion efficiency, is 3D-printed and is made from copper alloy. “The Launcher-2 Engine is the world’s highest performance and lowest cost engine for small launchers,” said Max Haot, co-founder, Launcher. Founded in 2017, the company has secured a $1.5 million Air Force Small Business Innovation Research (SBIR) award and has an agreement for testing at NASA’s Stennis Space Center in Mississippi. In addition to producing and selling its launcher vehicle, the company is pursuing launcher franchise partners at launchpad locations around the world, Haot noted.

Albany, New York-based United Aircraft Technologies Inc. (UAT), a woman-owned small business, has invented a so-called Smart Inter-Connecting Clamp that employs augmented reality and sensors to report real-time data and identify problems in wiring, such as electrical shorts, and the location of the issue, according to Evaguel Rhysing, co-founder of UAT. “It is modernizing aircraft wiring maintenance,” she says. The company also has developed a new class of electrical clamps for use in aircraft, vehicles or other electrical wiring applications. The military-grade lightweight thermoplastic clamps are interconnecting, ergonomic and do not require the use of other hardware such as screws or bolts, resulting in a clamp that is 60 to 65 percent lighter than existing products. The company is colloborating on a SBIR award with Boeing, and with Sikorsky, UAT is an awardee of their Entrepreneurial Challenge. UAT also received a SBIR award from the Air Force and a contract from the Army. The company is working with several manufacturers to produce the clamps and sensing clamps.

Under Austin, Texas-based Wilder System’s aerospace robots as a service (Raas) platform, aircraft manufacturers would be able to access Wilder’s cost-effective modular robotics, which would help to improve productivity and quality while lowering costs, said founder Will Wilder.

The company’s agile manufacturing robots or its flexible robotic cells can drill holes or apply rivets in aircraft much faster and more accurately than humans. “Our robotic solution of drilling is cost effective for aerospace applications,” he noted. “We hit all the quality metrics and drill 10 times faster than people.” The company is raising capital to increase its technical staff and manufacturing facility.

The new technology from New York City-based Veracity Protocol, called Physical Code, provides authentication of a physical object, based on the object's material structure using a cellphone camera. "It is a new standard of trust for physical objects," says the company's founder Jakub Krcmar. “It is like a digital fingerprint.” The computer vision and artificial intelligence-based technology allows automated authenticity verification, tamper detection or automated quality assurance. Physical Code could apply to many markets, Krcmar said, such as the semiconductor, identity, blockchain, security, and documentation industries.