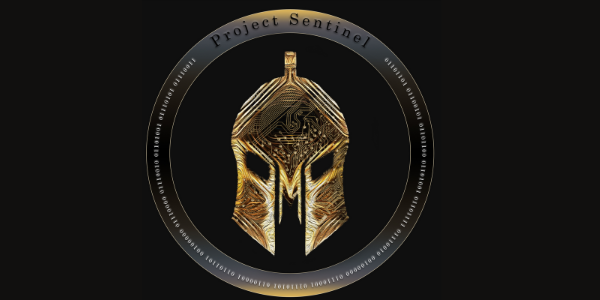 Photo Courtesy Adam Simmons, U.S. Army Network Enterprise Technology Command. The logo for the U.S. Army’s Project Sentinel depicts the letters RMF in the helmet to represent the service’s mission to realize its Risk Management Framework. Within the circle around the helmet in the logo, designed by Simmons, is the binary code for “better than before.”

As with any operational change, the Army must start by going back to its foundations—National Institute of Standards and Technology (NIST) Special Publications 800-37 and 800-53 are the two publications from which the Army derives all operational requirements. “When the Army implemented the Risk Management Framework, the abundance of security control requirements took us by surprise,” Risk Management Division Chief Leslie (Les) South said Wednesday during the first of four SIGNAL Media webinars airing in advance of AFCEA International’s TechNet Augusta event in August. ”The abundance of security controls that were introduced in the [RMF], by an order of magnitude, increased the requirements nobody imagined and nobody was prepared for.”

“We don’t need 100 controls to all tell us the same thing,” said Ali Mohammed, senior adviser in the Cybersecurity Integration and Synchronization (CIS) Directorate, a co-presenter during the webinar. To which South brought up the most important question for RMF 2.0: “What are the controls that will allow [the U.S. Army] to ‘defend and react’?” This calls for constant monitoring of the current cybersecurity posture, therefore shifting away from the routine culture of compliance.

The methodology behind Project Sentinel is to “look at every single control and assessment procedure … to get a culmination of the secure environment and holistically address an area of concern,” South stated. As an example, South referred to CIS Controls a set of actions developed by a group of information technology (IT) experts who are “in the trenches day-by-day" and can see the exact ever-changing threat landscape.Informed by actual attacks in an operational environment, the experts created a set of incident response controls and priorities. Inventory must, of course, remain priority. “I have to know what is in my environment before I can even begin to secure what is in my environment,” South stated. But what does change with Project Sentinel is the shift in prioritization.

“If an organization can successfully test their incident response plan, soup-to-nuts, beginning-to-end, covering all types of incidents from various challenges, is there one control that will tell us that we’ve covered everything else?” South asked. Upon looking at every single missed security control within the control catalog, and mapping out the most critical areas to identify, Project Sentinel discovers the one or two controls requiring the most attention that could act as the final exam for a safer and more secure environment. “If an incident response test can be conducted successfully, then guess what, I’ve probably got a pretty good incident response program.”

The Army modernizes legacy waveforms and radios to retain overmatch against...