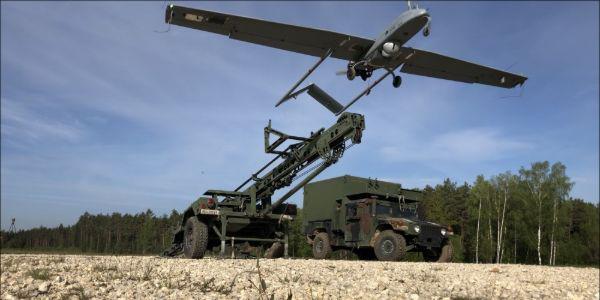 Mounting threats from adversaries and the need to support multidomain operations require unmanned aerial vehicles that can run longer, repower quickly and fly farther. For the U.S. Army to rely on advanced unmanned aerial vehicles in the future, associated motors and fuels—and for smaller vehicles, battery recharging capabilities—must evolve. Researchers at the U.S. Army Combat Capabilities Development Command’s (CCDC’s) Army Research Laboratory (ARL) at Aberdeen Proving Ground, Maryland, are examining the possibilities of hybrid propulsion systems that harness multiple fuels. They are also working on improving unmanned aerial vehicle engine efficiency, performance and reliability, as well as developing state-of-the-art capabilities for batteries that could transfer electricity and power through the air.

At the heart of the challenges are the partnerships needed to build the associated inherent and lasting research abilities, says Mike Kweon, program manager for the ARL Vehicle Technology Directorate’s Versatile Tactical Power and Propulsion Essential Research Program—known as VICTOR.

Before joining the ARL, Kweon performed research in the engine and automobile industries for General Motors (GM), researching cylinder pressure-based combustion control and combustion processes. At the time, he helped develop the next iteration of GM’s Duramax turbo-diesel engines, used in the company’s pickup trucks, sport utility vehicles and vans. He also worked for Delphi Advanced Powertrain—examining innovative combustion processes and engine concepts, including the gasoline direct-injection compression-ignition concept that he championed.

For the last 10 years, harnessing his commercial experience, the program manager has been establishing engine research capabilities within the Army and the Defense Department. Kweon created the ARL Spray Combustion Research Laboratory, the Small Engine Combustion Research Laboratory, and the Small Engine Altitude Research Facility. In addition, he also is coordinating with the CCDC’s Aviation and Missile Center, the Unmanned Aerial Systems Program Manager in the Aviation Program Executive Office and original equipment manufacturers.

Moreover, Kweon is the Army’s lead for the Center for UAS Propulsion, or CUP, which is one of the lab’s industry programs. Kweon created CUP in 2018 to accelerate the military’s development of additional unmanned aerial vehicle (UAV) power and propulsion options with input from the commercial sector.

One main challenge that the ARL is facing regarding small UAVs is the battery components, which naturally have to be recharged. “Soldiers are really overburdened, and all the electronics that they are carrying are all powered by batteries,” Kweon says. “And as small UAVs get more popular, we will use a lot more in the future, that’s for sure, but they are all powered by batteries. Carrying multiple batteries is an additional burden to the soldiers. It’s a huge problem already.”

As such, the ARL is examining autonomous recharging solutions to support UAV power needs during a mission. It is an important capability, especially when it comes to employing swarms of aerial systems. “If we can carry 100,000 small UAVs and deploy them, but then after 25 minutes, how can you replace all the batteries, especially in a small squadron or platoon? So, we have formulated projects to determine what we need in order to enable those capabilities.”

Most autonomous repowering commercial solutions do not apply to the Army’s specific needs to operate in austere locations. Most commercial technologies are mounted on flat surfaces—on a car or a vehicle’s roof—which drives on a flat road or is located in a ground station for easy recharging.

“They just do not work for the Army,” he notes. “For the Army, the space that we have for recharging is small, and we have to keep moving up the road. There are a lot of obstacles on the roads we travel. We have to move fast. If we don’t move, we become a target. It is extremely difficult.”

The researchers are developing technologies to transfer electricity and power through the air to repower the batteries. They are examining both on-platform and off-platform solutions, including the possibility of one UAV recharging another UAV, Kweon shares. Another important capability would have such autonomous recharging capabilities located on unmanned ground vehicles (UGVs) that flying UAVs would hover over to repower—akin to midair refueling of fighter jets from tankers.

“On-platform recharging is relatively easier, but for moving vehicles and UGVs it is a lot more difficult,” the program manager explains. “Landing small UAVs on a UGV while it is moving is difficult. I do think it is possible to charge multiple UAVs from a certain distance around the UGVs while they are moving. This is our vision.”

The on-platform capability has to differ from commercial solutions that are sensitive to the location and orientation of the platform, Kweon continues. “And a lot of those technologies really depend on the size of coil, so we want to minimize all those dependencies,” he states. “For off-platform, it’s power transfer through air. The Navy is also working on this, but our approach is different. We are not talking about 1,000 meters away. We are targeting for some meters away.”

For autonomous charging to work, the researchers have to develop associated algorithms embedded in the UAV control software. “It is not only just for maneuver, but my side is focusing more on the energy and power management side,” the program manager observes. “It is not just for monitoring only. It is to make a decision and then communicate with the UGV or UAV to recharge the unit. In order to do that, we need to predict the energy levels during various environmental conditions.”

For larger aircraft, the ARL is working on the comprehensive development of UAV-specific engines, including materials design and components. It is not quite starting from scratch, but it encompasses rethinking and designing anew, Kweon says.

The issue is that the Army, the Air Force and other militaries adopted power technologies for UAVs originally meant for ground vehicles. Those engines were powered by commercially available fuels, which were not uniquely formulated for autonomous aerial systems. The ARL is now examining UAV-specific engines and fuel options, he notes.

“Even globally, most of them adopted ground vehicle components,” Kweon stressed. “That was my learning as well. I grew up in the ground vehicle community. But it surely was a mistake. And until I really saw the problems, I didn’t know it. So, we are working on the major components of any kind of propulsion system.”

The researchers are targeting increases in UAV engine endurance to support Army operations, and again need solutions not yet available from the commercial industry and are not all-electric.

“In the commercial sector, especially for all-electric or hybrid systems for urban mobility, 30 minutes might be OK,” the program manager ventures. “For the Army’s missions, 30 minutes is unacceptable. When we go out, we are flying tens of hours. In addition, the payload that we carry is extremely challenging compared to the commercial sector. The reason is that we carry weapons, and we also carry more advanced optical systems. There are a lot of other features there for communications and networking. And you may need to fly 44 hours. So, how can we really deliver this kind of critical solution to the Army and make it all-electric? That is extremely difficult at this moment, because the technology is not there.”

Building propulsion systems for large Army UAVs also involves altitude considerations, Kweon adds. The Army is flying altitudes lower than the Air Force for these types of systems, but much higher than the commercial sector. “When you move up to those altitudes, and the technology was designed only for commercials levels, you start to have problems,” he admits.

The ARL scientists are getting input from the U.S. combatant commanders and other users to help shape the future needs of UAVs to help guide propulsion design.

The lab also is turning heavily to academia. The ARL CUP’s propulsion-related cooperative research “is part of a larger research portfolio of multifuel capabilities technologies led by the laboratory to support the Army modernization priority for future vertical lift,” an ARL spokesperson said. “The laboratory also recently announced the development of a new, advanced scientific model to allow vehicle maintenance specialists to turn to bio-derived fuels in austere locations and efforts to convert a home-based generator into a power source for autonomous ground and air vehicles.”

“My intent in the program, with the approval of the Center for UAS Proportion as one of the ARL’s open campus centers, is to bring in top universities and industries in this specific area to work together,” Kweon notes. “We work together and build collaborations. We also find industry partners. Usually, the industry does not want to get involved at this level of researching, given profit concerns. But this is a great opportunity for everybody.” 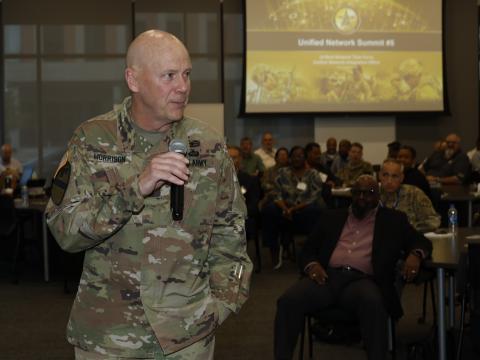