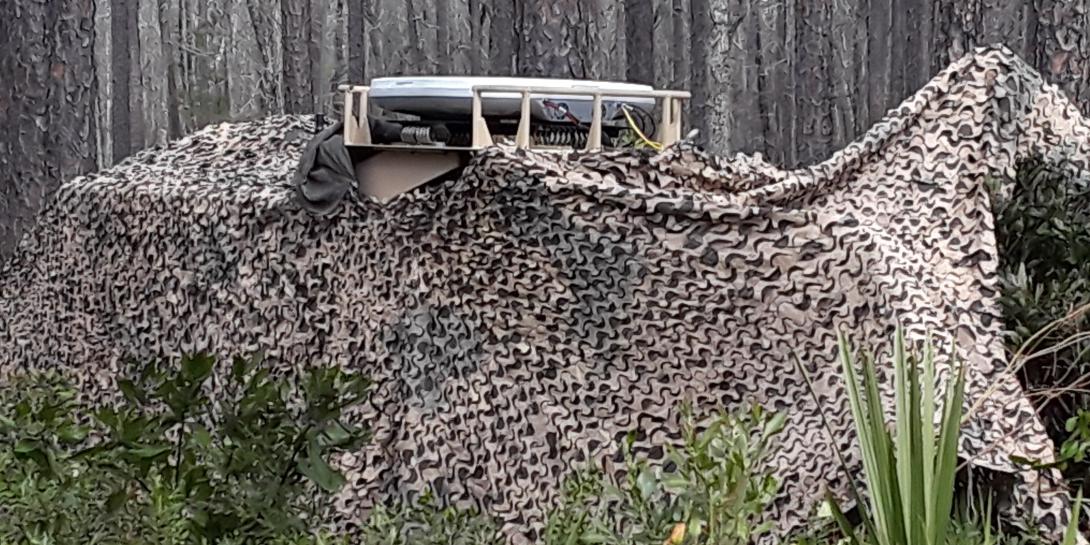 The pilot effort, known as the Armored Formation On-The-Move Network Pilot, involves the 2nd Armored Brigade Combat Team of the 3rd Infantry Division. Soldiers in the field are working with a mix of new systems including mesh network data radios, flat array antennas, small aperture satellite communications (SATCOM) terminals and a variety of cross-domain solutions/switches and gateways. Those systems could be part of the Army’s Capability Set-25.

Successfully integrating on-the-move communications onto armored platforms is a major challenge and a significant accomplishment for the Army, officials said. “Putting comms-on-the-move kit onto a mechanized platform is one of the hardest things we do in the United States Army,” said Maj. Gen. Robert Collins, USA, program executive officer, command, control and communications-tactical.

Projected on-the-move capabilities are expected to enable individual vehicles in disparate locations to act as decentralized command posts, dramatically decreasing the time it takes to set up and tear down.

“The days of us doing this and setting up this big tent and standing around a map are probably going away,” said Col. Terry R. Tillis, USA, commander, 2nd Armored Brigade Combat Team, while giving reporters a tour of a scaled-down brigade TOC at Fort Stewart, Georgia. The TOC was inside one tent, but he indicated a typical brigade TOC would fill three tents. “This takes about 45 minutes to tear down. It’s about an hour and 15 minutes to stand up, and that’s being generous. That’s about as fast as we can go. But you’ll see this in 5 to 15 minutes. That’s huge when you think about what we’re trying to accomplish here.”

In an earlier discussion with reporters, Maj. Gen. Charles Costanza, USA, commander, 3rd Infantry Division, indicated that even the scaled down TOC was too big. “We know on the future battlefield you’ve got to fight dispersed and distributed. Even the brigade TOC that Terry has set up out here—he scoped that scale way down—but it’s still too big. It’s just too big. So, this capability would allow us to fight a little more distributed and dispersed.”

The modernized equipment technologies, along with more modern vehicles, will be a game changer for warfighters, Gen. Costanza indicated. “With future modernization efforts we’re doing with vehicles, for example, you put those two capabilities together, and I think this is really going to improve our ability to fight and survive on the future battlefield.”

When the 3rd Infantry Division receives modernized equipment in the summer of 2023, it will be the “most modern division in our Army” according to Gen. Costanza and others involved in the pilot.

Col. Shane Taylor, USA, the program manager for the tactical network, indicated the pilot, taking place January 24-February 11, was designed to accomplish three things: assess various technologies at different maturity levels; explore which vehicles should receive which technologies; and investigate how it all interoperates with communications equipment already being used. “There’s a lot of kit already out there, so this is not a we’re-gonna-throw-everything-away-and-start-over kind of situation. The Army’s just too big to do that.”

Additionally, each set included different SATCOM and line-of-sight systems coming from more than 20 vendors with General Dynamics Mission Systems acting as prime contractor and integrator. The first equipment set, for example, used a parabolic dish on a gimbal, which Col. Taylor described as one of the more technologically mature systems. Other equipment sets used flat panel antennas or less mature technologies.

In a series of brief discussions with soldiers involved in the pilot effort, more than a dozen ranking from captain down to private touted the benefits of the new capabilities. Most were not Signal Corps soldiers, but they praised the ease with which they were able to use the equipment as well as the rapid set up and tear down abilities.

Additionally, the soldiers indicated, intelligence data can be used in near real-time. That data can include enemy spot reports, reports of obstacles or road conditions, and other information coming from unmanned aerial vehicles such as Gray Eagle.

So, the days of intelligence reports expiring without being used are over, according to one soldier. “It enables us to make sure brigade can get our intel raw data and numbers as fast as possible,” said Capt. Tanner Edmonds, USA. “It enables me to actually do my job. As an operator or as an intelligence analyst, it can be frustrating to see your reports expire or not be used. By having that near real-time reporting capability, we can effectively do our jobs.”

The improved flow of data goes both ways with information flowing more smoothly from the brigade, the soldiers added.

You may also be interested in: Army Hones On-the-Move Communications