Some bots—and agencies—have to crawl before they walk.
By George I. Seffers 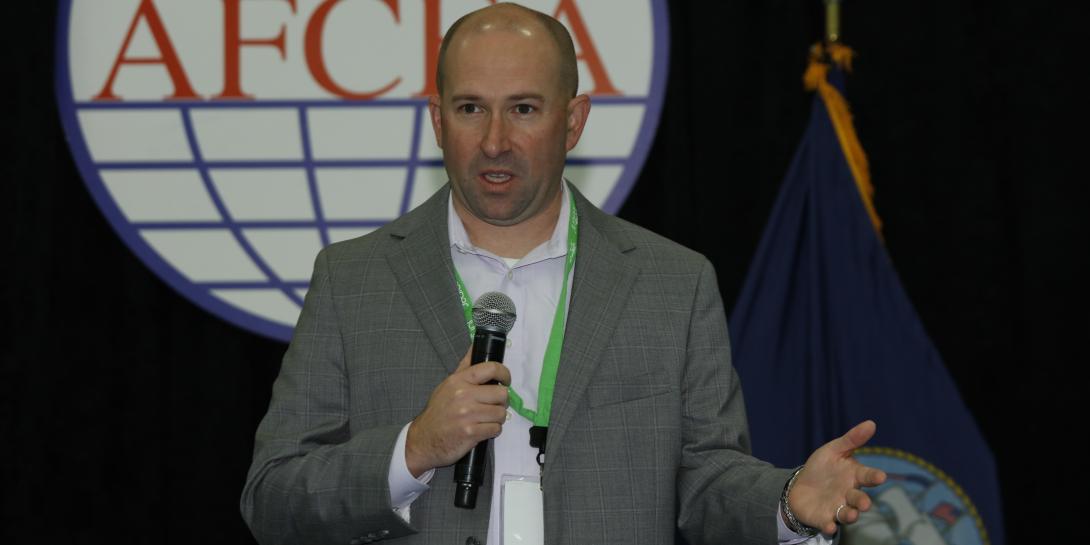 The agency has been working with robotic process automation (RPA) tools for about three years for finance-related tasks and is now assessing the use of automation bots for other purposes, according to Stephen Wallace, DISA’s chief technology officer and director of the agency’s Emerging Technologies Directorate.

“It’s one of these crawl, walk, run deals. I would say we are crawling at this point. We are quickly moving to a walk phase,” Wallace said while serving on an AFCEA TechNet Cyber panel in Baltimore along with Jason Prow, partner, U.S. federal intelligence connected operations and automation leader, IBM.

Stephen Wallace, @USDISA, says the agency is in the "crawl" phase of robotic process automation (RPA) but is moving to the "walk" phase pretty quickly.#AFCEACyber

Agency finance personnel use the bots to assess financial reports and have found “a dramatic increase in their throughput,” with so-called “attended” bots, “even though somebody had to be sitting there with them, it’s a matter of consistence and accuracy in the work that’s done,” Wallace reported.

Stephen Wallace, @USDISA: Robotic process automation is not a "fire-and-forget kind of thing" because the bots and automation are constantly evolving.#AFCEACyber

Now agency officials are considering the use of automation bots “on the procurement side of the house” where personnel often use multiple computer systems, extracting data, comparing and reporting data. “We’re in the process right now with their team, developing a number of bots. I think we’re just shy of a half dozen bots with them—not deployed but many of them in development—where the bot is jumping back and forth between interfaces and different applications. It’s showing us a lot of promise in terms of what we can do there,” he said.

Additionally, the software bots likely will be assisting the public affairs office in developing “DISA In The News” emails that go out each day. The task takes about two hours for a person to perform, but with a bot assist, it may take as little as 30 seconds.

Bots also could help program managers to quickly make risk decisions. The automated programs could, for example, evaluate reams of documents or data regarding system configuration and assess whether necessary information is missing or the program can move forward. “RPA is a really good tool, in my opinion, for something like that. … That’s a great task for a bot to dig through that document, look for common ways that people might have taken the easy way out or they didn’t provide enough information or what have you where there are additional questions,” Wallace explained.

Stephen Wallace, @USDISA, says people worry that process automation bots will take their jobs but that is not the case.#AFCEACyber

He said DISA has not yet ready for automation tools that sophisticated. “That’s one of the more advanced cases that we’re looking for, and I think we’ll get there probably in the next few months as we get better.” The agency so far is working with “attended bots” rather than the more advanced “unattended bots.”

So far, DISA has been developing the RPA bots in-house but is now “on the verge of starting to work with industry to pull in some talent from industry to help us move a little bit more quickly,” Wallace said.