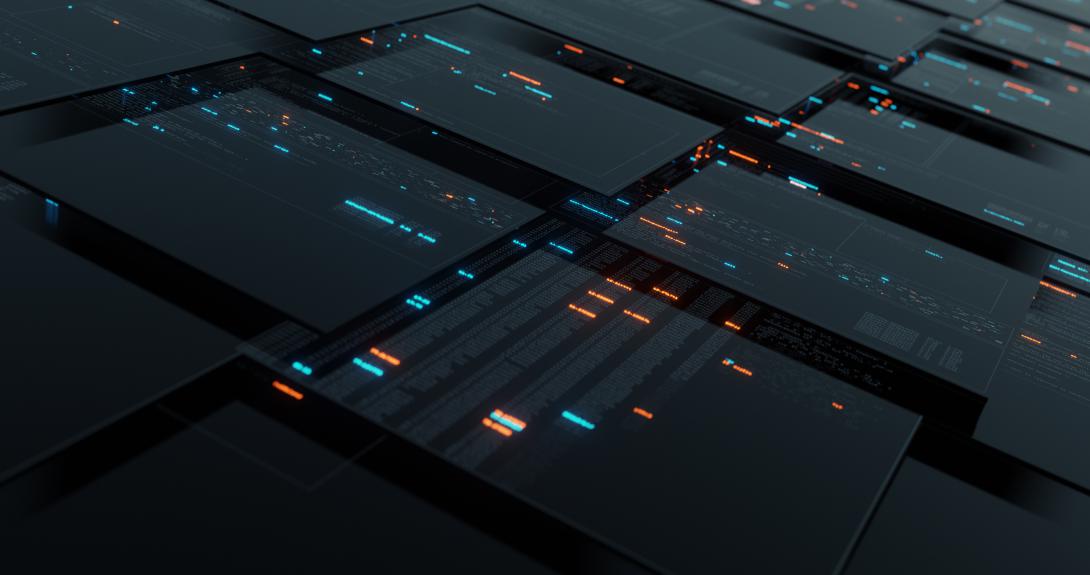 As the world becomes more and more reliant on wireless technologies, one of the great technological challenges is finding ways to make more efficient use of the radio frequency spectrum. One glance at the U.S. Frequency Allocation Chart prepared by the National Telecommunications and Information Administration demonstrates the scope of the problem—there are about 30 classes of usage jockeying for hundreds of slices of the airwaves, and the volume of users in each class is growing by leaps and bounds.

This presents a real dilemma for the U.S. military. “The radio frequency spectrum is a vital resource for the Department of Defense (DoD)—the ability to talk using their assigned frequencies,” said Tom Hentges, R&D director in the Nokia Mobile Networks Special Projects unit. “So spectral efficiencies are the key right now.”

Combine the demand for the efficient use of spectrum with other specific requirements of the military, and you get major technological problems to solve.
Nokia has successfully addressed one challenge—improving its telemetry technology to allow real-time test data transmission from aircraft traveling at Mach 2, that is, twice the speed of sound.

What Is Telemetry and How Does It Serve Aviation?

Telemetry is the process of sensors measuring some condition and transmitting the data to another site for monitoring and analysis. Radio frequency is a consideration because of the data transmission. When the U.S. Air Force tests an aircraft, engineers in the mission control center want to see the real-time data of the aircraft’s performance.

But the flight test ranges have been facing a significant decrease in the radio frequency spectrum available to support testing because portions of the spectrum have been reallocated to nonmilitary use. “There’s always a little bit of a tug of war between commercial and government uses,” Hentges explained.

The jockeying for spectrum presents a problem when it comes to testing aircraft performance, particularly for fighter jets that can fly at Mach 2 (roughly 1,535 mph) or faster. Sensors measuring a wide range of characteristics—external air temperatures, the force of the windshear hitting the wings, jet engine performance and steering responsiveness, to name just a few—must transmit the data back to the evaluation site.

“You can imagine that when a pilot is flying an aircraft you want to see how it performs during certain maneuvers,” said Steve Vogelsang, Nokia Federal’s chief technology officer. “You need to get the feedback and understand how it’s performing. You need to get the data, which comes in high volumes, in sub-second kinds of ranges, back to a place where you have the resources to analyze it. And the transmission requires high bandwidth, low latency and high reliability. The challenge is that the aircraft moves very quickly, which creates connection issues—wireless isn’t designed for it.”

Compensating for the Doppler Effect

One example of a difficult technological challenge caused by aircraft moving at Mach 2 is the Doppler effect, which is the change in frequency of a wave in relation to an observer who is moving relative to the wave source. Real-world examples include the way the siren on a fast-moving police car or the horn on a speeding train appears to change pitch as they approach, then pass, observers. Just as sound waves change frequency to one’s ears, so does a radio transmission from an aircraft as it flies past.

Nokia addressed this by equipping the aircraft terminal to detect Doppler-induced frequency shifts without limitations through radio link subcarrier spacing; this approach does not require location assistance from Global Positioning Systems, aircraft navigation systems or information relayed from the ground network.

“One key that we brought into our solution is that it doesn’t need to have location knowledge of GPS—where it is in time and space,” Hentges said. “Instead, we put in the Doppler correction that allows flexibility.”

5G Advances and Commercial Technology Are the Key

Nokia’s vision is based on making use of 5G NR 3GPP—that is, a 5G New Radio access technology developed by the 3rd Generation Partnership Project, whose members collaborate to create cellular communications standards. It was designed to serve as the global standard for the air interface of 5G networks. Using the 3GPP foundation allows a higher amount of commercial product platform reuse for both airborne terminal and ground station radio network equipment.

In this case, it will be able to leverage 3GPP and 5G capabilities already developed for the commercial market, Vogelsang said.

“5G supports more bands and larger carriers than previous generations, which enables more capacity and higher peak rates,” he said. “This additional bandwidth enables more simultaneous users to access social media and watch cat videos. The challenge was how to transfer that capability to this use case while reapplying low-cost solutions that were built for the broader mobile Internet.”

Nokia designed and created its telemetry solution without ever seeing a mission control center or an aircraft being tested, or even the sensors. “We didn’t need the visibility into those,” Hentges said. The company just needed visibility into the type and volume of data that would need to be transmitted. “Our prototype simulated the data that would be coming through the orange wire. We knew the packets, the data bandwidth, and we set up a simulation like it was coming into our next-level system advances.”

While this technology for high-speed telemetry is typically used in test ranges and not on the battlefield, it can be adapted for use in a tactical setting. “On a test range, larger and more sophisticated antennas can be put up,” Vogelsang said. “They may be stationary (i.e., fixed on a tower or building) or aboard a mobile platform (e.g., airplane or spacecraft). We are seeing increasing demand for leveraging cellular technology in a tactical setting for sensor data, situational awareness, and video streaming where we package the technology into small light weight solutions with enhancements such as frequency agility.”

For more information, go to https://www.nokia.com/defense 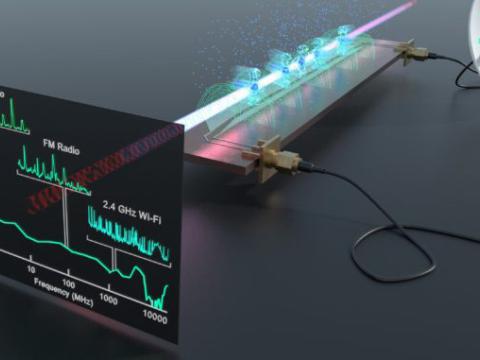