U.S. and EU To Collaborate Against Ransomware

The organizations are forming a working group to strengthen ties in the fight against adversarial cyber activity.
Posted by Kimberly Underwood 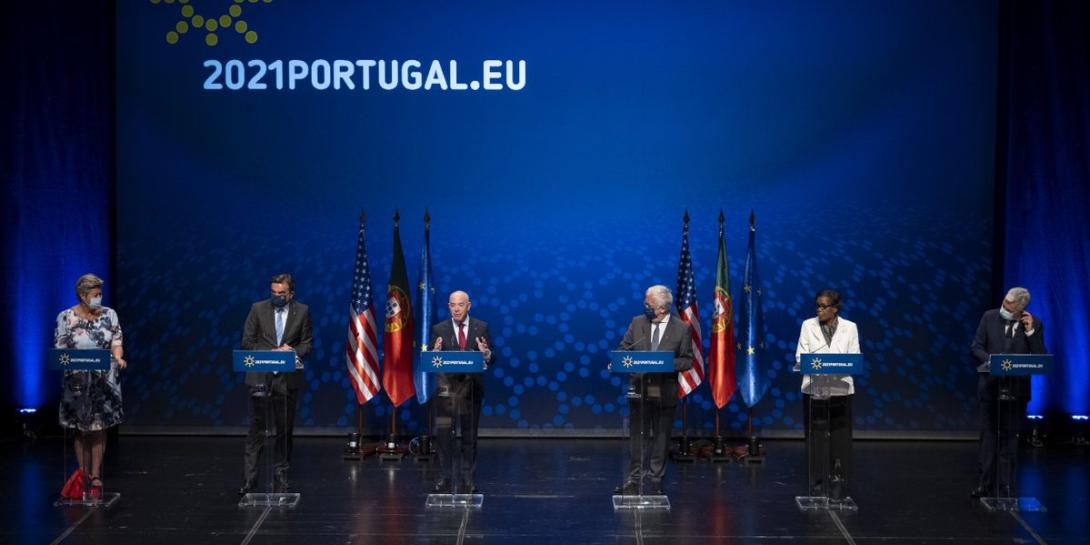 Homeland Security Secretary Alejandro Mayorkas (c), speaking to European Union counterparts in Portugal on June 21 during the U.S.-E.U. Ministerial Meeting of Justice and Home Affairs, has announced that the Department of Homeland Security and the EU will form a working group to examine ransomware attacks. Credit: DHS

The U.S. Department of Homeland Security and the European Union will create a joint working group to address the rise of ransomware attacks in the United States and Europe. Secretary of Homeland Security Alejandro Mayorkas made the announcement during a visit this week to Portugal for the biannual U.S.-EU Ministerial Meeting‌ on Justice and Home Affairs, according to a report from the DHS.

“The United States is proud to stand with the European Union as a steadfast partner, and we look forward to continued cooperation across shared interests, such as addressing violent extremism, cybersecurity and information sharing,” said Secretary Mayorkas.

The secretary and Commission Vice President Schinas aim to revitalize U.S.-EU relations to enhance cooperation to address hybrid threats, foreign interference and disinformation attempts by adversaries. And, to combat ransomware attacks more effectively, the working group will grow avenues for that transatlantic cooperation—to include preventive and law enforcement measures.

The officials also committed to examining domestic violent extremism and to maintaining the so-called U.S.-EU Passenger Name Record Agreement, which enables the exchange of specific passenger data to and from the U.S. Customs and Border Protection to facilitate safe and efficient transatlantic travel, according to the DHS.

“This is but one example of the commitment to leverage and expand information sharing and address common security threats, like transnational crime and domestic violent extremism,” the DHS noted.