How the U.S. military plans to sustain satellite-based X-band capability is still unclear.
By Kimberly Underwood 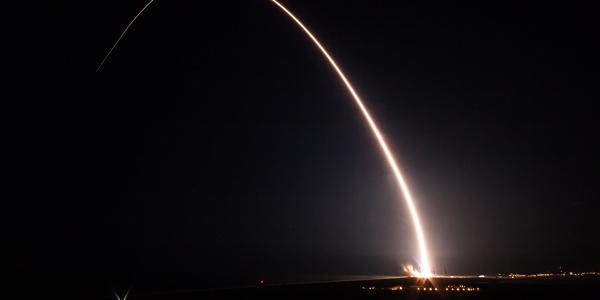 The U.S. Air Force is pursuing an overarching effort known as SMC 2.0, spearheading agile acquisition, reorganizing internally and working to define a hybrid flexible architecture for satellite systems to better protect the United States. The support of X-band capability, however, is unclear, leaders say.

For the Navy, use of satellite based X-band frequency is a vital defense component; the service’s continued reliance on X-band will extend well into the future. For example, the Navy is pursuing improvements to its active phased array X-band radar under its Future X-band Radar program that aims to create a next-generation technology by 2027.

Long-term support of that frequency by the Air Force, however, is ambiguous. Col. Timothy M. McKenzie, USAF, senior materiel leader, division chief, Advanced Development Division, MILSATCOM Systems Directorate, acknowledged, “We need to figure out what we are doing with X-band.”

The Air Force launched its enhanced communications Wideband Global SATCOM satellite known as WGS-9 in 2017, and plans to launch the 10th satellite in the constellation—WGS-10—in January. And while the service is still working on a WGS-11 and WGS-12 option, that does not yet involve a plan to support X-band capability.

“There’s really a lot of work going on right now in the MILSATCOM Program Office,” Col. McKenzie said. “We are working on what a hybrid flexible architecture could look like, how we actually get terminals that can speak to multiple networks, how we acquire better, cheaper, faster [satellite communications] than we've done in the past, and how we satisfy those X-band needs. All of that is in huge focus for us.”

There are several possible ways that the Air Force could pursue X-band, the colonel suggested. “Whether it's an international partnership for X-band, whether we can buy it as a service or whether we do it exactly the way we're doing it today. We've talked about all those opportunities,” he said.

The colonel added that the MILSATCOM Office began a conversation with the United Kingdom about potentially using their system known as SkyNet, “sometime in the future, or potentially hosting something on one of their satellites in the future.”

Discussions on the future of X-band capability as well as information on SMC’s satellite mission was exchanged this week at the MILCOM conference, a military communications forum hosted by AFCEA International and IEEE in Los Angeles, October 29-31.