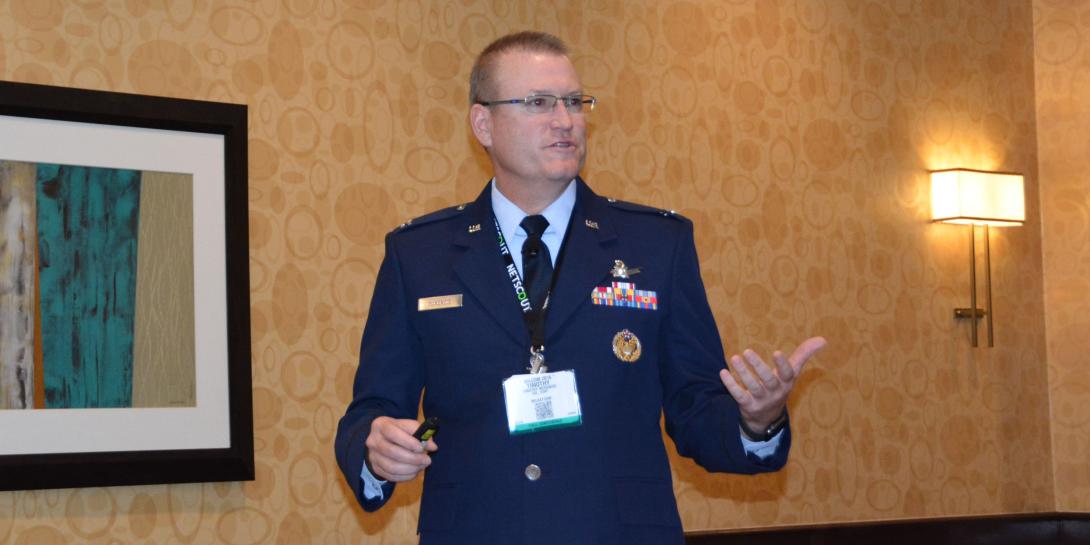 A burgeoning threat environment, an increasingly contentious space environment, the push toward rapid innovation and constant cost constraints are driving the U.S. military to pursue more partnerships to secure necessary satellite communications. The renewed interest in partnering with allies to get satellite systems into orbit will help shoulder the cost burden and enable the U.S. military meet its program needs, experts say.

“We’ve got to continue our current partnerships ... with various allies around the world,” Gen. Thompson said. “And we've got to explore new partnerships like we’re trying to do with Arctic MILSATCOM, with Norway and with NATO.”

For advanced extremely high frequency (AEHF) SATCOM, the Air Force is partnering with Canada, Netherlands and Great Britain. Australia is expected to join the effort next spring. The partnership agreement allows the allies to use the service’s AEHF terminals and mission planning subsystems, Col. McKenzie explained.

In addition, the U.S. military is hosting a payload on a Norwegian satellite through a venture between the Norwegian Ministry of Defense, the U.S. military and U.S. industry providers. “We are all basically trying to share the cost of getting to orbit,” he said. “This has been a great opportunity for us and all those partners to be able to get that capability up in space where we needed it and do it affordably.”

Col. McKenzie emphasized that while partnerships such as the work with Norway are not new, the directorate will be pursuing them. “It will be a big part of where we go in the future,” he said. “We have a new partnership office here at SMC that is going out and actively trying to find those opportunities for us.” The colonel described the future efforts to try to partner with industry and other nations as “in our core DNA and everything we are doing going forward.”

In addition to cost savings, the growing pursuit of partnerships is part of shifting the culture and providing more rapid innovation to warfighters. “How do we get there faster, and how do we take smart risks going forward?” Col. McKenzie asked. “This is all about culture with SMC 2.0 and speed.”

The colonel suggested the partnership with Norway is an example of that speed. The effort with Norway went from a concept to contract “in just a fraction of that time,” he noted, instead of 10 to 12 years, which is the typical time it takes to get major systems off the ground.

“All of the protected SATCOM work we have going on, all those same allies you saw in WGS and Advanced EHF, they are all interested in and are tracking what we’re doing and where we’re going,” Col. McKenzie explained. “We already have a few relationships with them to support PTS, and I would expect that as those programs mature, you'll see even more international partnerships on those protected tactical efforts.”

Regarding Norway’s Arctic military satellite communication (MILSATCOM) efforts, the Air Force expects to sign a memorandum of understanding agreement to participate in the project ​by January 2019, he said. The associated Space Norway system would launch in 2022 and the United States is integrating two of its Enhanced Polar System payloads onto the Norwegian system with a commercial U.S. launch. The colonel suggested the effort could save the Air Force $900 million.

The United States also will be a NATO SATCOM provider, a measure Defense Department Deputy Secretary of Defense Patrick Shanahan‌ will direct and that will provide capability from the AEHF, WGS and the Mobile User Objective System, Col. McKenzie stated. As part of that effort, the United States entered into a quadrilateral consortium with Great Britain, France and Italy. Dana Deasy, the Defense Department’s CIO, is leading the effort for the United States with support from the services. The Air Force expects a memorandum of understanding to be signed by the end of calendar year 2019, with service scheduled to commence in 2020 and extending through 2035, the colonel said.

“We’re putting a proposal together to use our government assets to support NATO,” Col. McKenzie said. As part of the effort, the MILSATCOM Directorate is developing standards for the NATO SATCOM.

The colonel also shared that the U.S. Pacific Command has indicated a need for more SATCOM, which the command would like to pursue through multinational partnerships.

As for future opportunities, the colonel said the directorate has been in talks with Luxembourg, which is building a medium Earth orbit SATCOM System. “We’ve been in discussions with them to find out what those opportunities are and how we might use that system,” he reported.

Collaboration with Canada, a country that has been trying to launch its own systems for a number of years, is another possibility. “We've been in dialogue with [leaders in] Canada and will continue to be in dialogue with them, and I'm sure if they put something up, we will somehow be partnering with them,” Col. McKenzie stated.