Bringing Communications Back Down to Earth

High frequency radios can bridge a beyond-line-of-sight gap during operations in contested environments.
By Kurt Stephens and Bill Whittington 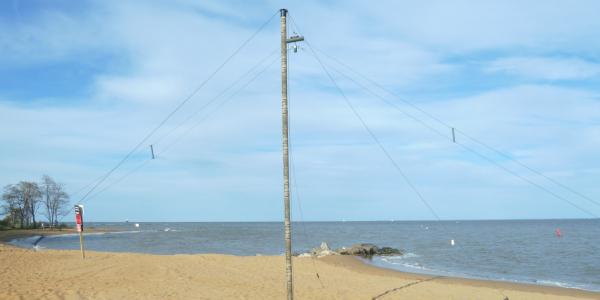 An omnidirectional broadband antenna and 5 meter Rolatube mast system weighs 11 pounds and can be set up and ready for transmit and receive in less than six minutes by one person.

Prior to the advent of tactical satellite communications (SATCOM), high frequency (HF) radios were the prevalent communications method. Beyond-line-of-sight communications of voice or data has always been a challenge for fixed station, mobile and deployed warfighters as well as first responders. As SATCOM developed, however, it quickly became the preferred long-distance backbone of most voice and data transmissions. As the use of HF seriously declined, equipment was left on the shelf and training all but halted.

The advantages of satellite communications are well known, but the disadvantages are rarely noted. In any communications scenario, a redundant capability to transmit and receive messages beyond line of sight is a necessity for leaders who insist on covering all avenues for success. In addition, today’s warfighter is being challenged with satellite-denied environments.

Because HF has been relegated to a lower priority tier of training and deployment, the skills necessary for its successful use gradually have eroded. Understanding signal propagation and techniques of antenna employment have faded, as has the functional use of existing HF radios. Simultaneously, the cadre of experienced HF instructors has retired and hasn’t been replaced, resulting in a lack of genuinely experienced personnel with a strong background in the use of high frequency equipment throughout the armed services.

When environmental elements such as weather or terrain eliminate or degrade SATCOM as an option, warfighters must be well trained to use other methods of communication. Redundancy is still a key to success when requirements exceed the capabilities of a single method of communications. The capability to continue to communicate despite limitations provides an advantage over less prepared operational forces or governments.

The number of satellites available to handle communication requirements limits the use of SATCOM. During conflicts, military satellites are augmented by commercial satellites, which are more vulnerable to interference. In a contested environment, the demand for SATCOM often exceeds the supply, so an access priority system is established.

This is not the case for HF communications methods, which do not require prioritizing; only additional or an alternate set of frequencies or networks to facilitate communications are needed. Proper use of HF will alleviate the demands on SATCOM and supplement connections. However, good spectrum management is still needed.

Relying heavily on SATCOM also poses other challenges. The majority of today’s satellites are commercially owned, and all satellites are susceptible to jamming, eavesdropping, hijacking, antisatellite weapons, electromagnetic pulses, cyber or infrastructure attacks, and spoofing by either friend or foe. As a result, warfighters must be prepared to put an HF network into operation quickly as a redundant, or in some cases primary, communications method.

In addition to electronic warfare and cyber attacks, rugged terrain, foliage and unpredictable weather patterns can inhibit signals, causing them to be intermittent or even blocked. HF can overcome difficult terrain issues by configuring an antenna system that utilizes the technique of near vertical incidence skywave (NVIS) propagation. This technique is specifically used for close communications within a range of up to approximately 600 miles, particularly in mountainous or jungle terrain. NVIS typically uses frequencies between 2 megahertz and 10 megahertz (MHz). Although weather and the environment can increase local noise levels on HF to varying degrees depending on the areas of the spectrum used, today’s radios have better noise filtering and error correction than past equipment.

For the military, HF has often been considered difficult and less than reliable. Many tactical commanders do not want to deal with what they perceive as a static-ridden, signal-fading, multiple-interference and sunspot-affected frequency band. However, technical advances have corrected many of these issues. For example, automated link establishment is one of the most significant improvements because it enables the radio to find the best signal path between stations for existing and changing conditions automatically. Vocoder technology, among other improvements, can virtually eliminate background noise.

U.S. government and military organizations own a tremendous amount of spectrum that falls into the high frequency range of 2 MHz to 30 MHz. Consequently, the newest wideband technologies can provide larger slices of bandwidth that can be used by HF radios at a much higher level of data throughput than previously available. Limited fielding of this capability is underway.

Other advances include radios that operate in low probability of intercept/low probability of detection modes at very low power settings and often below the noise floor. HF equipment can be easily cross-banded to other radio platforms with plug-and-play devices. This includes HF to SATCOM to very high frequency, ultrahigh frequency, Wi-Fi, cellphones, landline and even two-way handheld radios. This capability extends the range of line-of-sight radio equipment to hundreds or thousands of miles, including beyond line of sight.

Position reporting via HF has been used for many years. In addition, the equipment can be used to interact with international allies, local or regional friendly forces, and first responders who have little or no SATCOM capabilities.

Advances in military antenna designs have improved communications and are adaptable to any mode of radio equipment. Antennas that comply with size, weight and performance requirements are available with lightweight rollup masts for easy transport as well as rapid setup and recovery by warfighters.

The path forward for the military to enhance operations in a contested environment or to rebuild a redundant method of beyond-line-of-sight communications is to capitalize on existing resources and reintroduce HF radio and antenna employment training into a working level of knowledge for the operators. 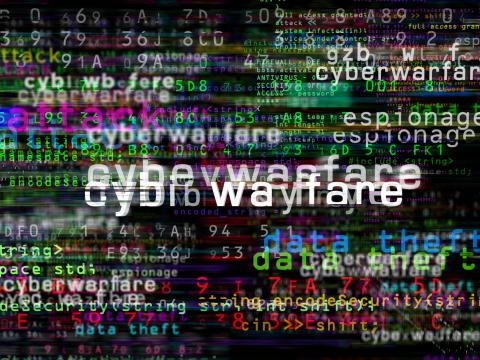