This new system brings SATCOM capabilities in various formats to Marines and improves their ability to communicate on the field.
Posted by Gopika Ramesh 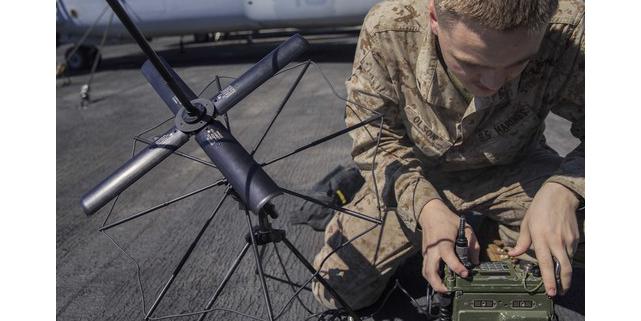 The U.S. Marine Corps recently began using a next-generation narrowband satellite communication system called the Mobile User Objective System (MUOS) to help warfighters in connecting to networks on the battlefield and communicate in a tactical environment.

MUOS works by using antennas that let Marines access SATCOM networks while also providing them with secure and nonsecure internet access. The system applies to both mobile or stationary marines and was fielded in the first quarter of 2019. It includes updated firmware to the AN/PRC-117G radio system and one of three antenna kits.

In a statement, Noah Slemp, a systems engineer at the Marine Corps Systems Command said, “MUOS is essentially software and an antenna capability augmenting existing hardware. It’s similar to adding an application to a cellphone.”