The Air Force’s special operations is advancing on its amphibious aircraft development.
By Kimberly Underwood 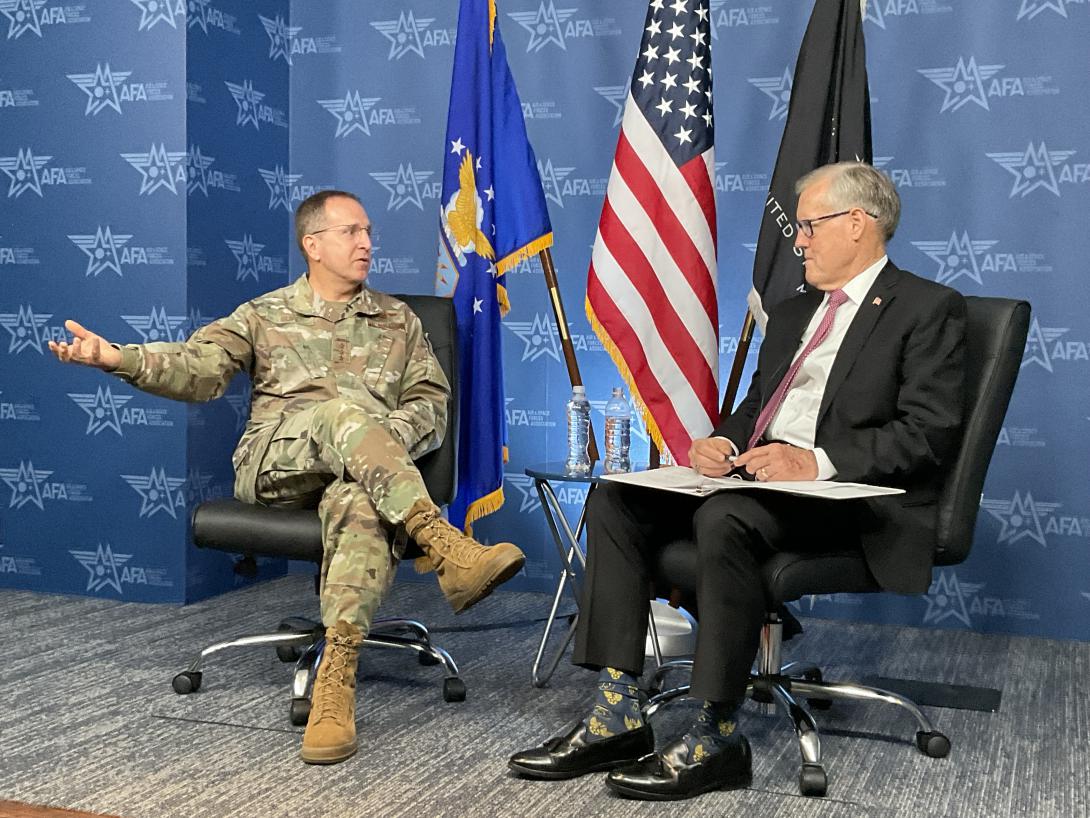 To add tactical flexibility and meet growing threats from China and Russia, the Air Force Special Operations Command (AFSOC) is developing an amphibious landing aircraft capability. With modifications, the so-called MC-130 will be able to land on the ground or in water, giving airmen in special operations additional choices of landing in waterways around the world, and in the greater Indo-Pacific region.

“It's an amphibious modification,” said AFSOC Commander Lt. Gen. James C. “Jim” Slife, speaking at the Air and Space Force Association’s Warfighters in Action event on September 7 in Arlington, Virginia. “It is not a floatplane. It will have the ability to land on both land and water.”

Based in Hurlburt Field, Florida, AFSOC—the service’s major command that includes 21,000 airmen—is pursuing this capability as part of an evolution to meet present day needs, the AFSOC commander stated.

“I think we're in a third time where the counter [insurgency] force that we have built and employed for the last 20 years is not necessarily the same force that we would need to confront the pacing challenges in the security environment of the next couple of decades,” Gen. Slife noted. “The question is, how do you go about this change, particularly in an era of what we expect to be fairly flat or perhaps declining budgeting for the Special Operations Forces.”

The highly trained, quick-to-deploy airmen of AFSOC have long harnessed specialized aircraft to perform global tactical missions, but with the shifting capabilities needed to protect against near-peer adversaries, the command must innovate, albeit in the flat budgetary environment. The command does hold the youngest fleet of aircraft in the service, which will allow them to leverage that fleet in different ways for a long time, including pursuing the amphibious modification for the C-130s, Gen. Slife continued. “We've got plenty of service life left,” he said. “We have multirole platforms, and we can use them a little differently.”

As such, AFSOC turned to its hangers, and in this case, found an inventive way to transform one of its stalwart aircrafts. The command is currently in the testing phase of the amphibious MC-130’s development, the design of which was entirely digitally based.

“We're going through the wave tank testing right now,” the commander shared. “We started out with a number of digital designs. We ran through a series of testing to figure out, ‘Do we want to do a catamaran or a pontoon or a hull applique on the bottom of the aircraft?’ We went through all the iterations of that. And we settled on a design that provides the best trade-off of drag, weight and sea-state performance.”

Testing has gone as planned, Gen. Slife said, which is good, given that the airframe was not originally really designed for water use.

“It's been 30 years since I studied aerospace engineering, but what I can recall from my time as an engineering student was if you were going to build an amphibious airplane, you probably wouldn't start with a C-130,” the general joked. “But the C-130 is the ingredient that we have in the cupboard. And we've got a pretty compelling digital design that is going to give us the ability to turn any large body of water into a landing zone.”

The command expects to begin fielding the amphibious add-on in FY2023. “It won't be on every [MC-130] airplane, and it won't be all the time,” he clarified. “It'll be a capability that's available to the fleet.

As far as other efforts involving the 130 airframe, AFSOC is also working to turn the cargo delivery capability into a fires delivery platform in some case, through its palletized munitions platform effort, for which it first conducted live-fire testing last December, launching from an MC-130J Combat Talon II. The palletized munitions setup gives any airdrop-capable cargo aircraft the ability to retarget and employ standoff munitions en masse, according to AFSOC.

“If you can take a C-130 and enable that to be a delivery platform for a dozen long-range standoff, precision munitions and [land/takeoff] on a 3,000-foot dirt spread, you can have a long-range fires platform that carries the same payload as a B-52,” the commander explained. “The C-17, which doesn't require much more than 3,000 feet of airstrip, can carry 36 palletized long-range munitions. And so, this capability allows us to use what we already have in nontraditional ways to create volume and flyer challenges for adversaries. It also creates targeting problems. I think it's not hard to figure out where all the 10,000-feet concrete runways are in Pacific. But when you're trying to figure out where the 3,000-feet straight stretches of road, or grass strips are, that's a different targeting problem for your adversaries.” 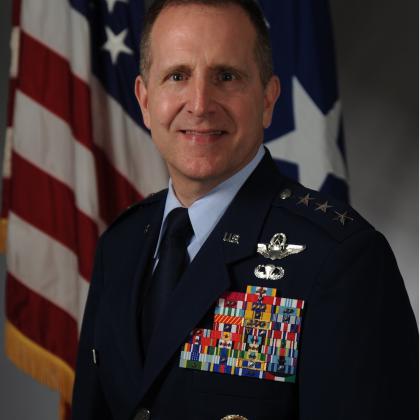 We're going through the wave tank testing right now. We started out with a number of digital designs. We ran through a series of testing to figure out, ‘Do we want to do a catamaran or a pontoon or a hull applique on the bottom of the aircraft?’ We went through all the iterations of that. And we settled on a design that provides the best trade-off of drag, weight and sea-state performance.
Lt. Gen. James C. “Jim” Slife, USAF
Commander, Air Force Special Operations Command

The concept of using available aircraft in unconventional ways is not limited to the United States. The palletized munitions platform capability is a transformative one, Gen. Slife continued, sharing that the command is seeing great interest from partner nations around the world.

“What we're actually looking at is other types of missions and capabilities,” he said. “Whether it's an electronic attack capability that we might want to deploy, whether it's long-range, precision fires, you can kind of use your imagination to figure out many things that you might do with a large volume carrier like a C-130, or C-17…. And when you look at partner capability, we have a lot of partners around the globe that don't have heavy bomber-type platforms that would be traditional carriers of those types of munitions, but they've got plenty of C-130s proliferated around the world.”

“It is really easily exportable to all partners and allies around the globe that may want to increase utility of their air force. We've had a number of requests around the globe from partners to actually demonstrate this capability to help them integrate it onto their aircraft. We did an iteration of that in the spring, and we’ll do another one this fall with all of the partners.

“Over the last several budget cycles, we have seen a decline in our spending power,” Gen. Slife noted. “And not inappropriately. That's to be expected. But the question is, how do you re-posture yourself when you don't have an open checkbook? And I think, for us, the answer is you take stock of what you have, and you think about how you can do something differently.”