DIA Aims for MARS as its Moon Shot

The agency works toward solutions built on standards-based technologies.
By Robert K. Ackerman 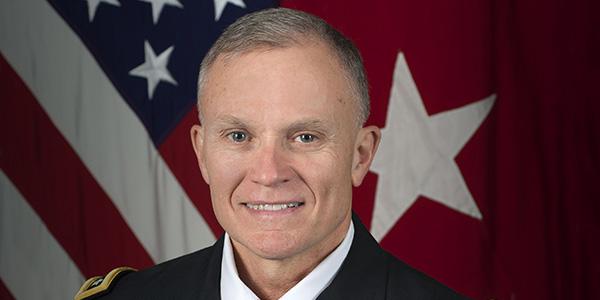 The new global threat picture has signaled the time for defense intelligence to come together in an unprecedented common operating picture. With the broader availability of new technology and the need to conduct globally integrated operations at scale and speed, U.S. forces must move away from stovepipe systems and operate more as an enterprise, posits Lt. Gen. Robert P. Ashley Jr., USA, Defense Intelligence Agency (DIA) director. “For us to be able to operate really as an enterprise, to be able to move information from the intelligence community level down to warfighters … and to be able to ingest that at the services, we must be much more interoperable than we’ve been in the past.”

U.S. forces have seen adversaries eat away at what once was a formidable U.S. technological advantage, and the intelligence community faces a challenge incorporating innovation into its capabilities. Gen. Ashley describes this as “updating the baseline of our foundational intelligence.” He notes that the modern integrated database (MIDB), which was designed in 1996, is no longer true to its name. It has become a series of hundreds of different databases, including stovepipes, that no longer scale to the current information environment.

It will be able to apply advance analytics, which will be essential as artificial intelligence (AI) evolves. Describing AI as “more aspirational,” Gen. Ashley notes that capabilities in machine learning, computer vision and training of algorithms allow DIA experts to work at a faster pace at scale. The agency never would be able to hire all the analysts it needs to digest imagery, sort through information and perform targeted analysis without them.

The DIA has applied computer vision algorithms to help sort through millions of images, he continues. The agency also is able to search for “things happening in the operational space with regards to what other nations can be doing, [so] that we can see sooner, faster and at greater scale,” he explains. This capability is based on the ability to apply algorithms and computer vision and to leverage information to an unprecedented degree.

The key to this lies in establishing the right data standards, he offers. This aggregation allows experts to obtain insights faster than available just through humans crunching massive amounts of data. The information environment also is a cloud-based structure that eliminates the need for querying separate databases. The general explains that this structure is application-aware, so even if information resides in many different clouds, a user need only send a single query. That query touches the multiple clouds, aggregates the information and returns it to the user.

“It’s those kinds of innovations that we’re looking at that allow us to be able to have better situational awareness, have richer information, to be more current, to be agile and dynamic—that is not static databases and that we are constantly updating,” Gen. Ashley states. It will help the DIA understand how the agency performs collection management, targeting and supply chain risk management, as well as having a clearer grasp of the infrastructure and what is happening in the environment, he adds.

As vital as this step is to the DIA, it also touches upon its biggest burden. “The biggest challenge is getting our arms around all that technology,” the general offers. This entails aligning personnel and breaking down stovepipes that have been built up over decades, he notes, adding that commonality among acquisition programs and data standards is necessary for the essential system interoperability. The agency must be able to move and ingest data and visualize a common picture.

“Really what we’re trying to build is the commercial Internet that everybody uses every day, but that has to be able to feed that foundational intelligence picture and provide that operational environment at speed and at scale,” he declares.

Lt. Gen. Robert P. Ashley Jr., USA, DIA director, is participating in a panel on strategic threats and national intelligence priorities at the Intelligence and National Security Summit being held at National Harbor, Maryland, September 4-5. More about his outlook on DIA challenges and opportunities can be found in an expanded version of this article in the September issue of SIGNAL Magazine, available online September 1.