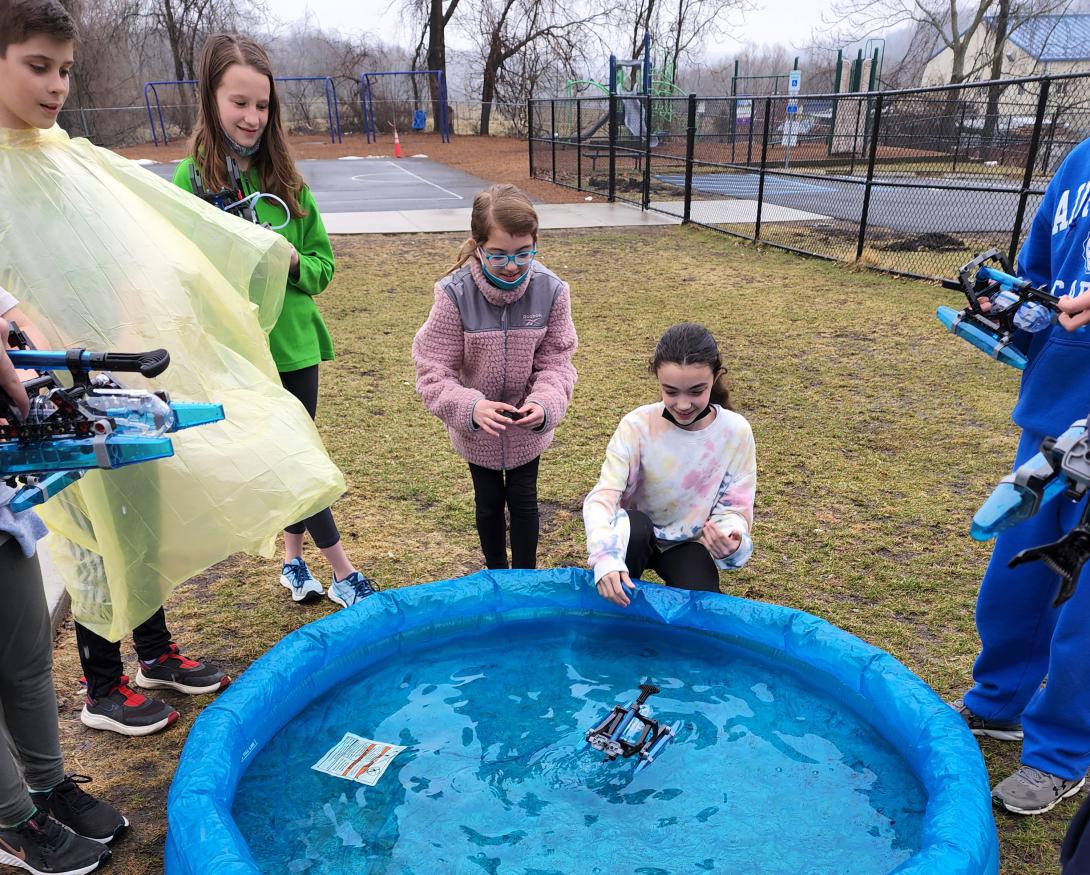 When was the first time you picked up a hammer, a screwdriver or pliers? For most of my class, the answer is in the fifth grade. Are you surprised? I was too. Our students know a lot about playing video games, and they think they know a lot about coding. But hands-on applications? They don’t have much experience. This is where the Gravely/Paige Grant stepped in and filled a great need. With this $1,000.00 grant, we were able to create our first STEM/STEAM Club at our quasi-rural elementary school.

The STEM Club was open to fifth graders who showed not only an interest but an aptitude in thinking, creating and problem-solving. To be considered for inclusion, they had to finish strong in a STEM Challenge modeled after the optimum builder—birds! The challenge was to build a paper bird’s nest that could hold many pennies grouped into packs of one ounce. There were several false starts, but it was easy to see who had the grit to fail, rethink, redesign and build with more product engineering. The student whose nest held the most weight was a child with a specific learning challenge enrolled in a special education program. The nest held one pound of coins and may have held more if we had anticipated such a marvelous result and had more one-ounce packs.

With our students ranked, we set out to find the participants for the after-school program. We purchased 14 Thames and Kosmos Big Engineering Kits with the grant money, believing that these kits would offer not only a basic learning experience but the opportunity to build more involved designs and allow everyone to work at their own pace and level of independence.

After our first meeting, the group, consisting of regular and special education students, made a unanimous decision. The kids wanted to meet three times a week—forever! The learning was rich, and their thirst for deeper understanding was palpable. The students began by building hydraulic cylinders to be utilized in the many projects ahead. Beginning with the level one projects, they made hang-gliders and whirly-gigs as they learned about lift, drag and gravity. Next, they moved onto cars with a brake, cars motorized by rubber bands, sails and a hydraulic forklift. All the while, they were learning about friction and the power of compressed air and fluid. They graduated from cars to air-powered boats, which we set into a water-filled kiddie pool. Then, it was time to build something that could do work—hydraulic lifts, cranes and submarines.

Five months and many hours into the experience, the students were filled with delight and frustration; however, each of the participants voiced that the club exceeded their personal expectations. They felt enriched by the newly learned science and scientific principles, using geometry and mathematics to calculate and account for load and balance. They began to have a greater understanding and appreciation for engineering and what an engineer must do to create and improve designs. 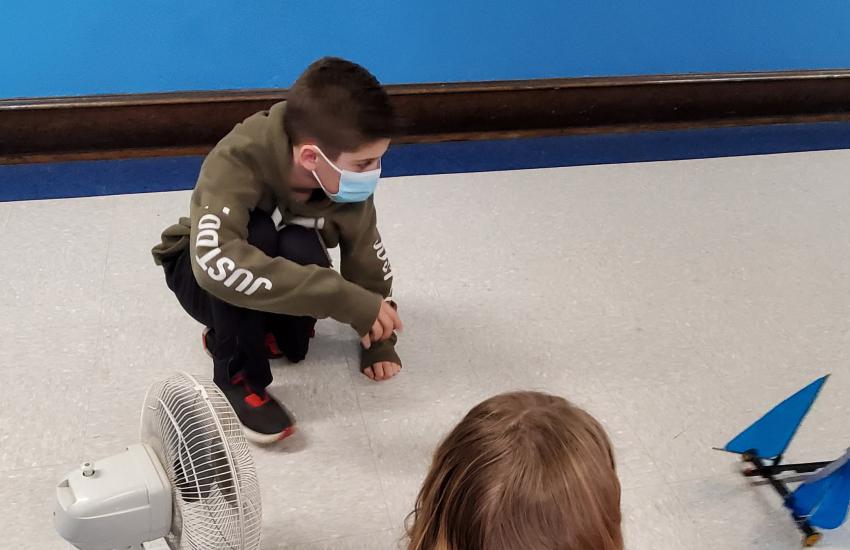 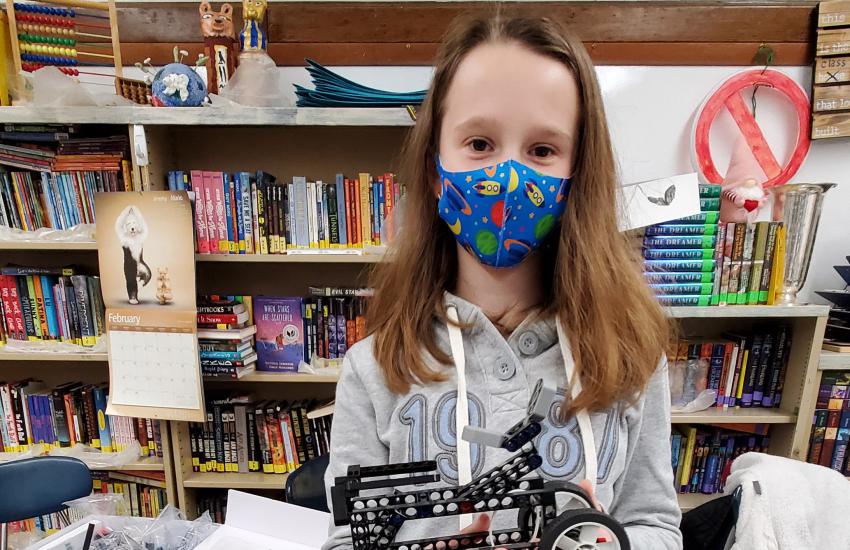 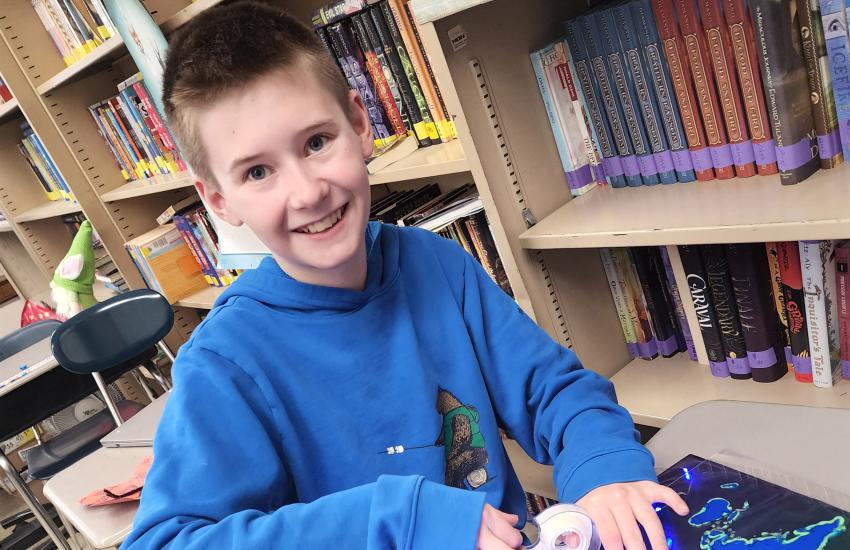 Carol Speck’s STEM Club is a success with the students, who show great enthusiasm for hands-on applications.

In the final week, we switched gears and created an illuminated map of the world from plexiglass, puffy paint and fairy lights—a little respite from the hard work of engineering. At the conclusion of the club, the kits were given to each of the participants so that they could further their work and pursue their interests at home over the summer. We hope that the middle school technology teacher will champion the club and use Raspberry Pi components to automate some of these projects. It is said that it takes a village to grow a child. Well, our village was expanded by reaching far beyond our corner of New Jersey through the generosity of the AFCEA and the Gravely and Paige Grant.

Our students take a standardized science test each May. We’d like to believe that in the wake of their classroom grades, which are all exceptional, the results of this test will show that their experience in STEM Club produced a set of students whose scores reflect their acquired expertise. Only time will tell if together, we have created 14 engineers ready to serve their nation and world, but I believe this experience was not only transformative in terms of knowledge gained but in the confidence and risk-taking ability that is now present in these 14 students. 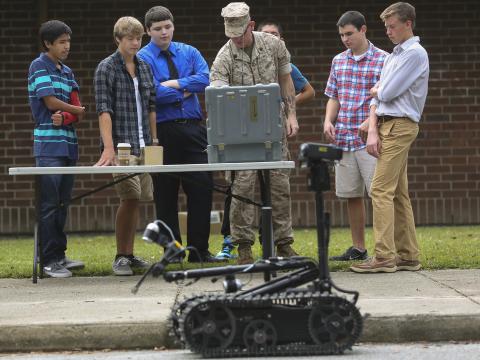 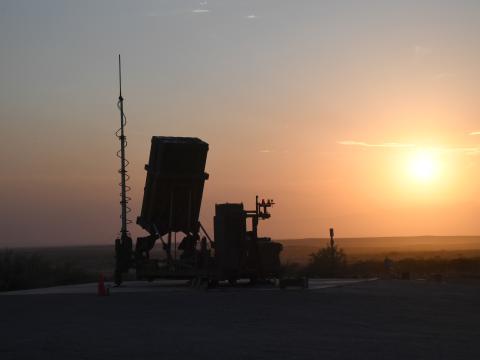 As recruitment dwindles in many democracies, the Jewish state found a boon ...
Image 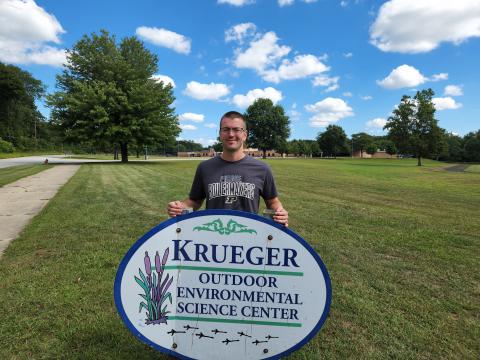 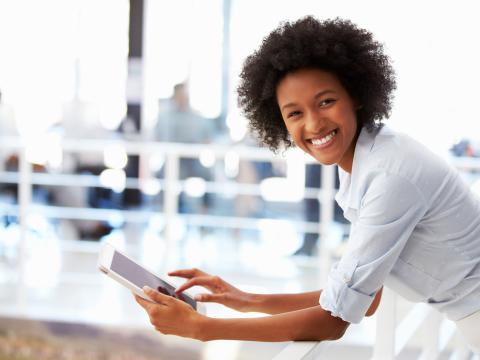