The team also is creating a JADC2 report card.
By George I. Seffers 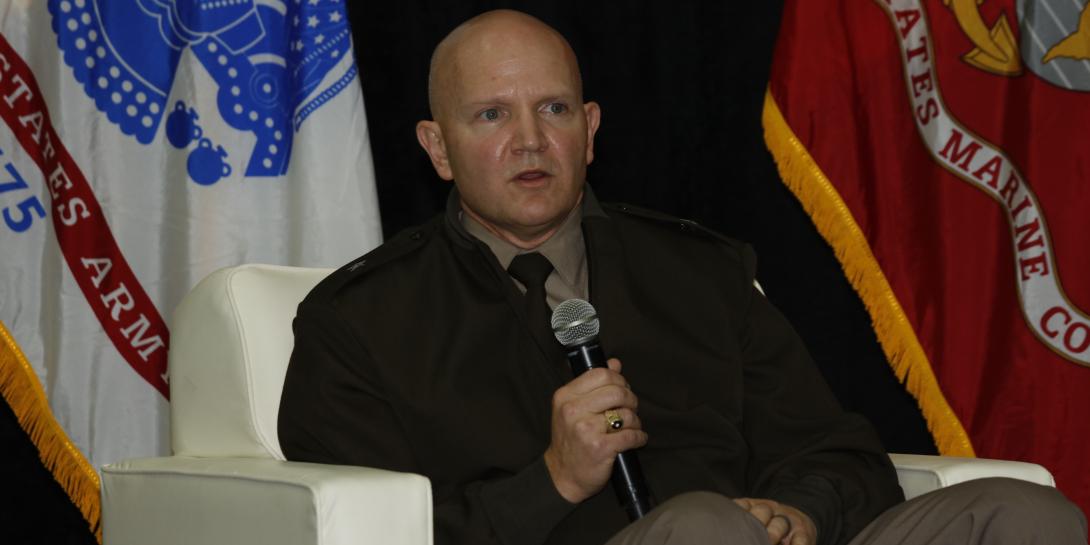 Brig. Gen. Robert Parker, USA, deputy director, J-6, and JADC2 CFT chair, broke the news on both fronts during a keynote presentation at the TechNet Cyber conference in Baltimore, and during an exclusive interview with SIGNAL Magazine following his presentation.

The intent is to formally announce the standup of the transport working group at next month’s JADC2 CFT meeting. The transport group will focus on connectivity and data transmission, including challenges such as network speed, resiliency, capacity and redundancy. “We’ll lay out our general objectives of why we’re bringing it in. It’s the next logical step after focusing on the data,” Gen. Parker said.

When asked what products, such as a data transport strategy or implementation plan, the group will provide, the general replied that it is too early to tell. “Right now, we’re in the process of really forming and bringing the team together. We’re going to be looking for stakeholders to join us at the table and really help build the foundational elements of that working group and help identify what the best and most important efforts are up front.”

BG Robert Parker, USA, deputy director, J6 and chair, JADC2 CFT, says the technology is there for JADC2. It just needs to be brought to play in the right place and in the right way.#AFCEACyber

The JADC2 CFT currently has five working groups. They are focused on capabilities development, research and engineering, data and standards, demonstrations and assessments, and acquisition and transition. Gen. Parker praises those groups, which consist of about 150 personnel from across the Defense Department; the combatant commands; the military services; other government departments and agencies; and Australia, Canada, New Zealand and the United Kingdom, which are some of the closes allies to the United States.

Gen. Parker credits the working groups with many of the CFT’s successes during its short existence. “One of the key enablers on the CFT is the fact that we have these working groups that are not just staff meetings—they’re actually stakeholders, representatives, the largest population possible. Those are the real drivers of the outcomes.”

For example, it was the capabilities-focused group that worked on the recently completed JADC2 strategy. The document is classified, but the general said a releasable version likely will be available next week. “We got an approval to put that out. It may not be as fulfilling as some of you would like, but it at least gives you insight into where we’re going.”

Under the strategy, the CFT, the military services and others are assigned specific objectives, tasks, plans of actions and milestones over the next 18 to 36 months. Most are focused on an 18-month time frame.

“That’s where we see the development of the strategy itself, the significant work and effort that’s gone on in a relatively short period of time putting together the strategy that was signed by the secretary of defense articulating his vision to how JADC2 will contribute to the future warfighting environment,” Gen. Parker stated.

The same group followed up with an implementation plan that has just been approved by the vice chairman of the Joint Chiefs of Staff and is set for delivery to the deputy secretary of defense.

BG Robert Parker, USA, deputy director, J6 and chair, JADC2 CFT: Says he is more concerned with the human element, the culture, than the JADC2 technologies.#AFCEACyber

Now, the demonstrations and assessment working group is developing a score card, similar to the cybersecurity score cards, which will allow program offices to measure the maturity of their JADC2 systems. Gen. Parker describes the fledgling concept as “a combination of a self-assessment and grading by the services and a trust-but-verify where the CFT and our designated representatives would help ensure validation and conformance to the reference architecture and other aspects that are laid out in the strategy.”

Programs will not pass or fail or be canceled based on the assessment, but the CFT officials have not yet determined what happens if a program receives a low score. “We’re still in the process of working through that,” Gen. Parker offers. The effort is still in the early stages, so the team has not yet decided on terminology.

The general reports that some refer to the concept as a JADC2 maturity score card, while others call it an aptitude score card. “We’re working on that language, but it really pulls out the essentials from the JADC2 strategy … to ensure that capabilities being developed are going to perform within the manner that’s being prescribed within the JADC2 framework, and that it’s not just an organization’s running off in a random direction.” 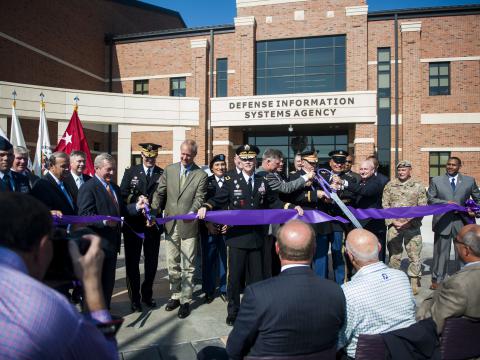