The space agency expands its commercial cooperation to include stations.
By Robert K. Ackerman 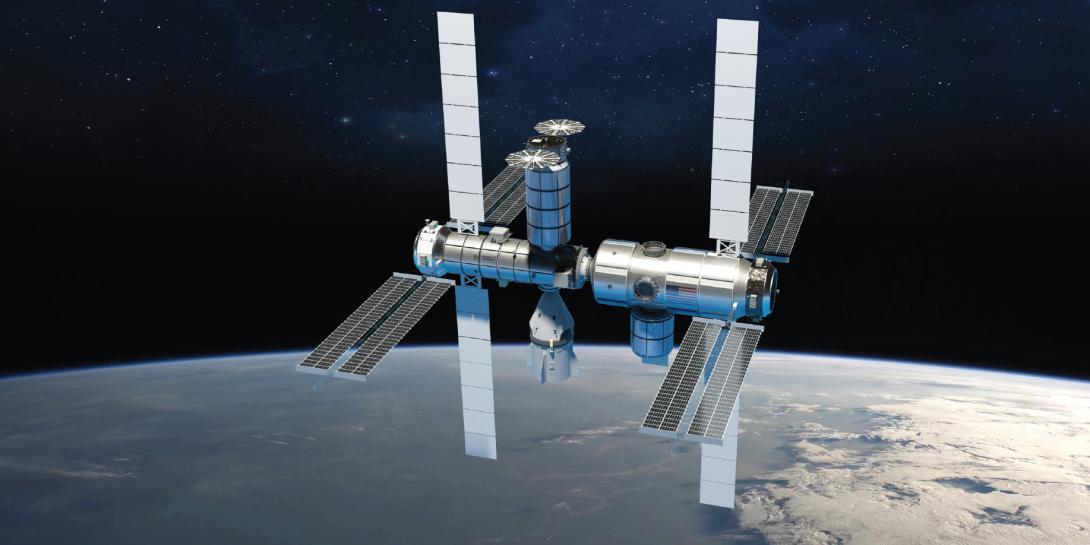 Northrop Grumman's design for a multipurpose commercial space station is one of the three proposals selected by NASA for development and orbit this decade. Credit: Northrop Grumman

The successors to the International Space Station may come from the drawing boards of commercial research and development shops. NASA has signed agreements with three U.S. firms to design commercial low-earth-orbit (LEO) platforms that could serve both government and private sector needs. Eventually, NASA aims to certify their use by NASA crew members as part of an effort to provide space services that the government needs at a lower cost than currently possible.

The agency offers that it will need continuous accommodations for at least two crew members in a national orbiting laboratory to maintain a presence after the International Space Station is no longer in use. It estimates that it will require about 200 investigations on-orbit annually to support human research, technology demonstrations, and biological and physical science. These orbital stations would also serve commercial needs as part of NASA’s efforts to promote commercial exploitation of space.

“These awards will help ensure that the United States has a continuous human presence in LEO,” said Phil McAlister, director, commercial spaceflight, NASA, in announcing the awards. “They will also help ensure our astronauts will continue to have access to the LEO environment to do critical science in microgravity and advance human space exploration after the retirement of the International Space Station.”

Blue Origin already is working with another company, Sierra Space, to build and operate a commercial space station known as Orbital Reef in low earth orbit. Other partners include include Boeing, Redwire Space, Genesis Engineering and Arizona State University. Designed to be a mixed-use space business park, according to the companies, Orbital Reef is scheduled to become operational later this decade. It would offer reusable space transportation and advanced automation, and its accommodations, vehicle docking ports and utilities could be scaled with growth in market demand.

Nanoracks is working with Voyager Space and Lockheed Martin on a low-earth-orbit station known as Starlab. Scheduled for launch in 2027, it would be continuously crewed by four astronauts conducting research and commercial industrial activity. According to NASA, Starlab would have power, volume and a payload capability equivalent to the International Space Station. Plans call for it to host the George Washington Carver Science Park, which would comprise four operational departments focusing on biology, plant habitation, physical sciences and materials research.

Northrop Grumman is partnering with Dynetics, with others to be added. Its modular design would begin with a base module for capabilities including science, tourism, industrial experimentation and expansion. It will include multiple docking ports for crew analog habitats, laboratories, airlocks and units supporting artificial gravity.

McAlister lauded the diversity of the concepts and their enabling technologies. These include inflatable modules, metallic structures and combinations of the two. A variety of launch vehicles and logistics systems also are planned by the companies. This diversity of technologies and capabilities will provide a high degree of success and spur greater innovation, he said.

The newly awarded contracts are the first of two phases to establish long-term commercial platforms in orbit. The first phase, with NASA working with each of the companies, covers station design and formulation and runs through 2025. NASA’s contribution constitutes 40 percent of the cost of development.

The second phase, which McAlister described as a “full and open competition” in the middle of this decade, will entail certifying these commercial destinations for visits by NASA astronauts and purchasing services from destination providers. That procurement is likely to represent “a very sizable financial commitment,” by NASA, he added. All three companies committed to providing an initial operating capability by 2030.

This effort is part of NASA’s goal of establishing a commercial space industry from which it can purchase services while also spawning independent growth, agency officials state.